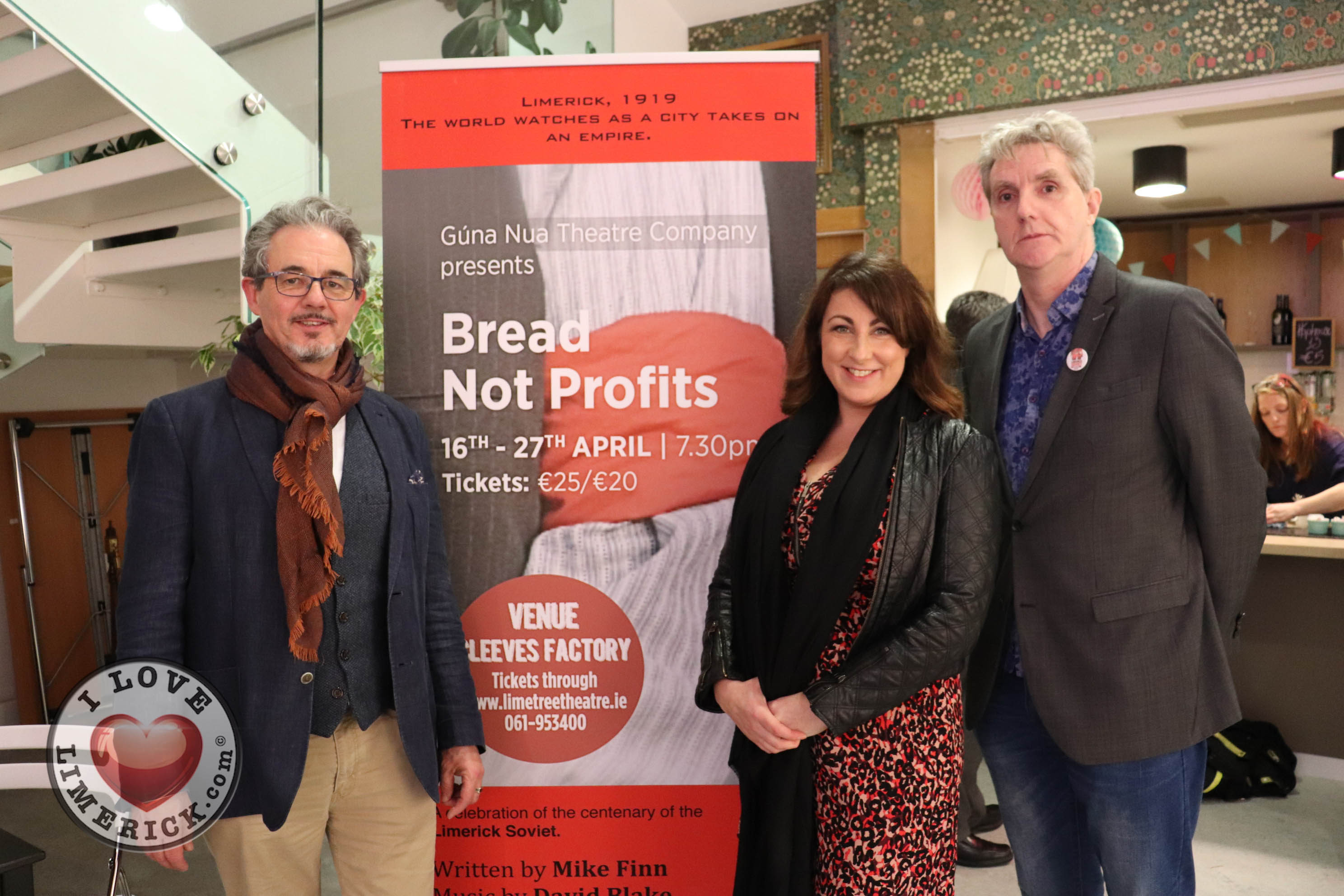 Guna Nua is delighted to announce details of its newest production, Bread Not Profits, to mark the 100th year anniversary of the Limerick Soviet.  Launched on Tuesday, March 5 by Historian Liam Cahill and Vice President Academic Affairs and Student Engagement of the University of Limerick, Professor Kerstin Mey, Bread Not Profits is an exciting new large scale, site-specific, theatre production which commemorates the 100 year anniversary of the Limerick Soviet. The Soviet was a citywide worker strike in protest of British military occupation in the city in 1919.

Written by Limerick Playwright Mike Finn (PigTown, A Quite Moment) Directed by Terry O’Donovan of Dante or Die Theatre Company (I Do, User not Found) and with new music composed by David Blake (The Unlucky Cabin Boy, Brad Pitt Light Orchestra) the show will take place in the Cleeves factory site in Limerick City in a combination of immersive and promenade performance styles. The audience will be brought through this historically important site and into the world of Limerick in 1919 when the might of the British Empire was challenged by a 14,000 strong worker-led protest. We will see the Strike Committee, armed with just a printing press and the support of the workers of Limerick navigate an international media, frenzy, food shortages and eventually the issuing of their own tender, the Soviet Shilling.

With a cast of 11 actors, 3 musicians, and a community ensemble that promises to be a highlight in the Limerick Theatre Programme for 2019 bringing together history and creativity to present a once in a centenary experience.

It will also be the first appearance in Limerick for English actor, Kit Thompson. Kit is originally from Kent in the South-East of England but moved to Dublin two years ago to pursue an acting career with the Gaiety School of Acting.

Kit Thompson is an English actor who will be starring in Guna Nua's new upcoming play, 'Bread not Profits' at Cleeves Factory! Tickets can be bought for €20/25 from the @LimeTreeTheatre #ilovelimerick #lovelimerick #lovinlimerick pic.twitter.com/TGaBGpvW1z

The director, Terry O'Donovan, of 'Bread not Profits' spoke about how he became involved with the play! #ilovelimerick #lovelimerick #lovinlimerick pic.twitter.com/UJMoNaltD9

The production opens April 17, with a preview April 16, and runs Tuesday to Saturday until April 27.

Tickets are available from the Lime Tree Theatre Box Office on www.limetreetheatre.ie or by phone through the box office on 061 953400. 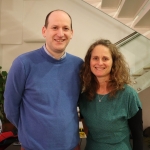 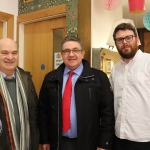 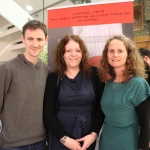 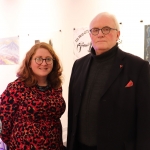 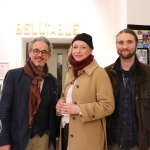 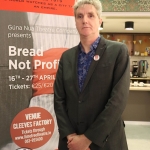 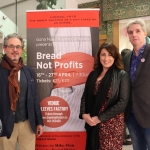 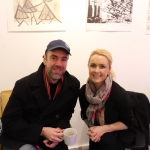 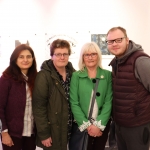 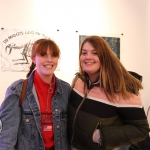 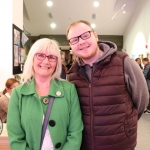 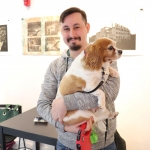 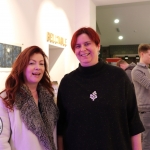 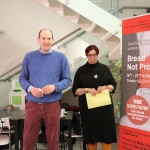 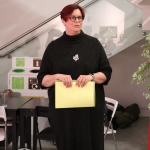 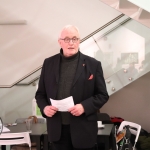 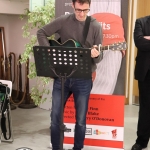 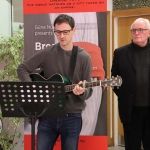 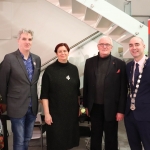 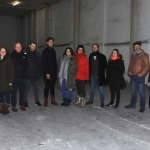 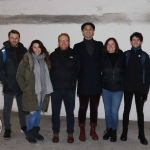 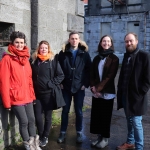 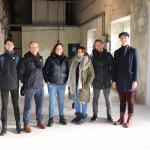 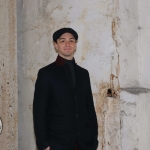 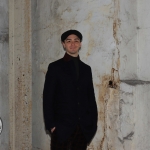 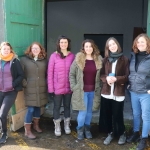 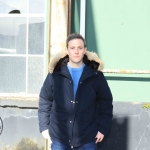 MORE THAN MILK – An Audio Documentary