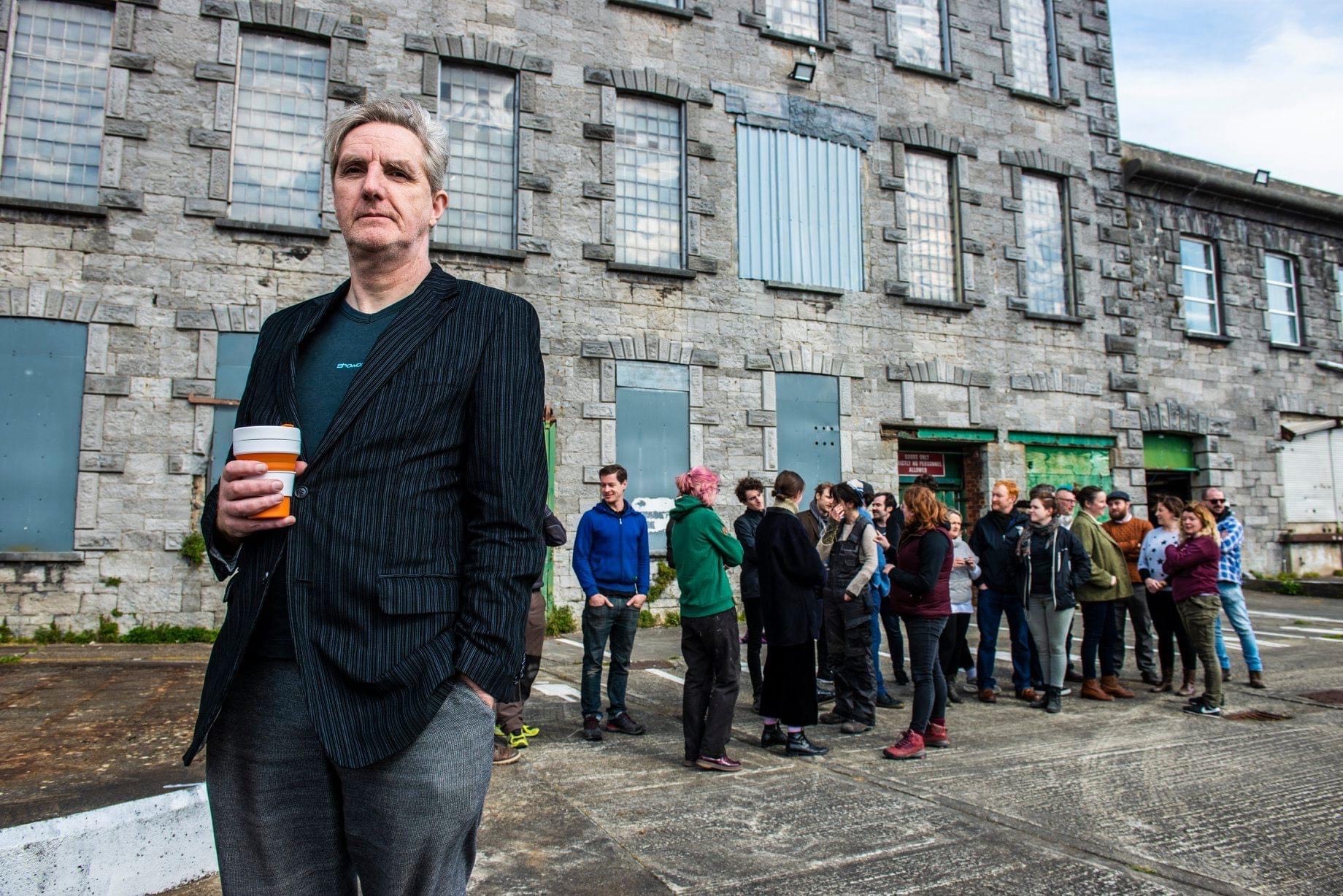 Bread Not Profits wins the Audience Choice Award thanks to its writer Mike Finn and its spectacular cast, pictured above. Picture: Shane Serrano/Crude Media.

The play Bread Not Profits has won the Audience Choice Award in the 2020 Irish Times Theatre Awards. The acclaimed play was written by Mike Finn.

Bread Not Profits is a Gúna Nua theatrical production about the 1919 Limerick Soviet in Cleeves Factory. The unique theatre experience took audiences to various locations around the site as actors performed stories that explained the history of the Limerick Soviet.

Bread Not Profits had a sell-out run at Cleeve’s Factory in Limerick in April 2019.  The show was a phenomenal success with a large waiting list and excellent reviews.

The story unfolds as the city’s workers organise a strike against the British Army. With Bread Not Profits, O’Donovan’s use of the space, the decision to move the audience in small groups led by a musician around the site, the focus on the quiet lives of bakers, lovers, telegraph operators and foot soldiers, this play breaks bounds and gives audiences an experience of a lifetime.

With amazing performances, Charlie Bonner as baker Pat Dalton; Gene Rooney is his full of life missus, Georgina Miller as a rebel, Pat Ryan as Cronin, the chief buccaneer who will fight to the death.

With a script by Mike Finn, music by David Blake and directed by Terry O’Donovan, the production has received numerous accolades from reviewers, calling it a spectacle to watch. Now, it has won the Audience Choice Award for the 23rd Irish Times Theatre Awards. The awards highlight and celebrate the development of Irish theatre over the years. Performance and the arts have become such an invaluable part of Irish society, and these awards stress the magical feeling of theatre as a whole.

Writer Mike Finn is extremely proud and honoured to have this historical play be recognised. His other famous works that retraced other Limerick stories include Pigtown (winner of the Stewart Parker Award), Life in 2 Syllables and The Unlucky Cabin Boy.

Mike developed and grew Bread Not Profits during his year of residency at The Belltable in 2017, which was funded by the Arts Council and Belltable:Connect.

Speaking about the award, Mike said, “We are absolutely thrilled with this award. Because its actually voted for by the public it’s extra special. There was stiff competition from the likes of Druid and the Abbey so we’re thrilled to scoop this award for Limerick. This time last year, when we staged the play, we got a sense early on from the audience reaction that Limerick people were taking the production to their hearts and, sure enough, when it came to voting, the support was overwhelming.”

“This award really belongs to everyone in Limerick. It’s a testament too to everyone who worked on the show. Theatre is a collaborative artform anyway but in over thirty years working in this business I never came across such teamwork as was evident in Bread Not Profits. “Historians tell us what it is happened. Artists tell us how it felt,” Mike continued.

Mike also thanked the many people and organisations that helped make this production happen, saying, “I would have to pay tribute, too, to our many partners and sponsors: the Lime Tree Theatre and the Belltable, the Arts Council, Limerick City & County Council, UL and Troy Studios, without whom, there would have been no show.” Bread not profits wins

As for what comes next, Mike is eager for the future of the play, saying, “ hopefully this national recognition will help us in our attempts to restage the show at some point for the many people who were unable to get tickets the first time around.” Bread Not Profits wins

If you could make a donation, no matter how small to support the cast and creative team in this difficult and uncertain time go HERE