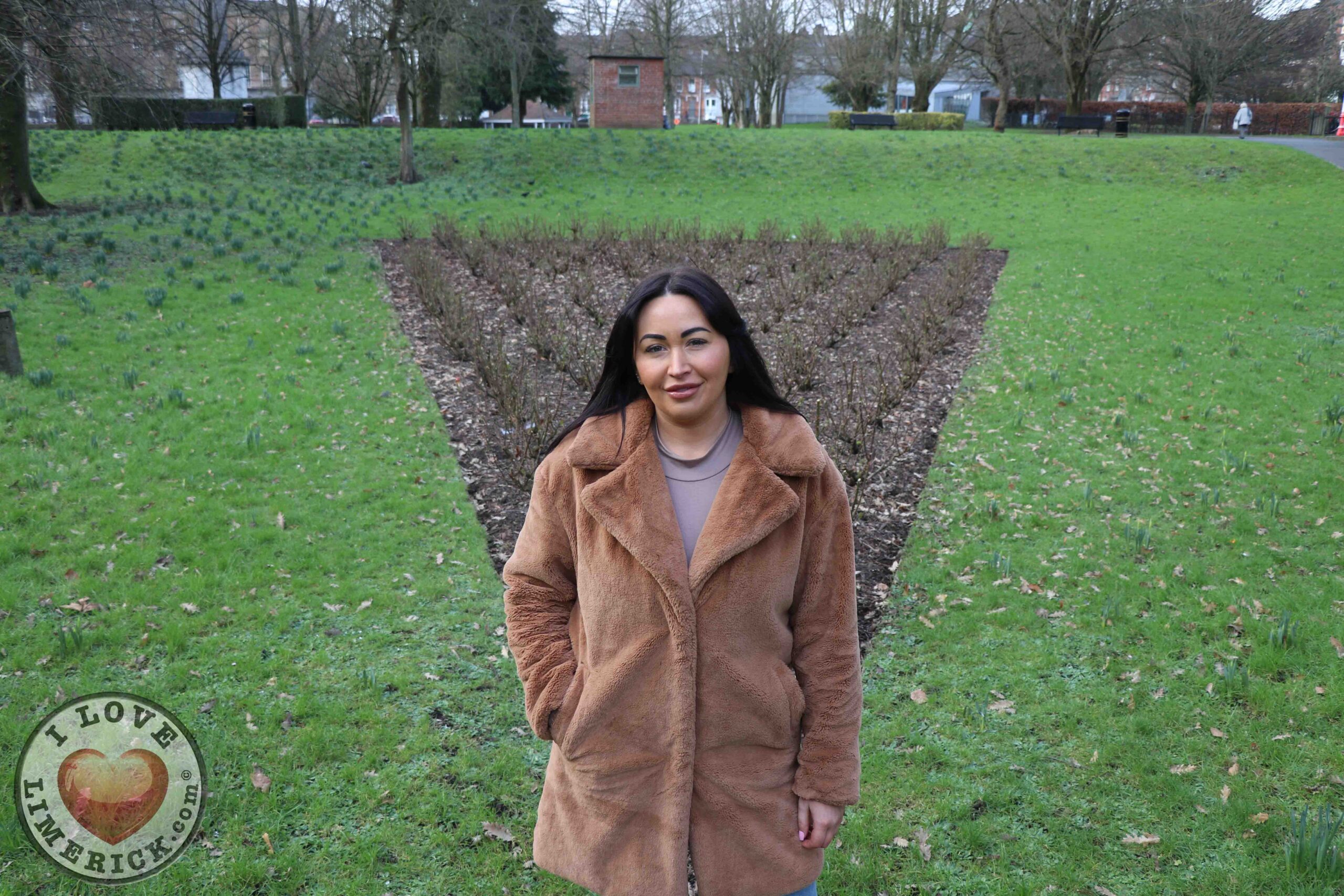 It was a cold February afternoon when I Love Limerick met Breda Ryan from Limerick City Community Radio, in People’s Park, Limerick city, at a social distance of course. Breda is a Limerick native who spent her younger years idolising prominent characters from the ‘90s. During last year’s initial lockdown, Breda decided that it was time to put her passion to practice.

Breda goes live with Bellissimo Radio on Limerick City Community Radio every Monday from 1 pm to 2 pm. If you were proudly made in the ’90s, then get prepared for a nostalgia rollercoaster.

Breda, who is self-taught in all her amazing work, has interviewed many icons from the ‘90s, with names such as Chesney Hawkes. Peter Cunnah from D:Ream and Heather Small from M People in the mix, it is no mystery why so many are listening to Breda’s show. As Breda, herself says, “If you’re crazy about the ‘90s like I am, you’ll definitely love this.”

With such a radiant personality and attitude, joining the world of radio was an auspicious decision for Breda. Not only is Breda passionate about radio, but she is also a very talented senior hairstylist at Bellissimo Limerick.

@MPeopleHeatherS im excited to cath up with Heather on limerick city community radio tomorrow, tune in on https://t.co/BQajFDCsgl or 99.9fm , as always we are headed back to the 90s. Whis coming?!

I grew up in a local housing estate called Carew Park in Limerick and it was a very fun and vibrant neighbourhood and I had lots of friends and summers there with great memories.

Have you always had a passion for interviewing and if not when did it begin?

I’ve always loved to know personal facts about people like where they grew up or came from. I really loved all of the music interview shows like ‘Live and Kickin’ and I kind of took it from there and I had it instilled in me from then.

How long has your show been running and what motivated you to start it?

I started last year during the first lockdown, I covered a show for someone which ended up becoming a regular thing for me. From there I grew a fanbase and a listenership. I’ve always loved radio and music since I was young.

Who was your inspiration when you first began your show?

Well, there were a lot of people, I mean, I love Graham Norton because he’s just so funny, real, honest and open. I also love his style of interviewing. I suppose that lots of people around us can inspire us, like all of our local people also.

How different is your show now compared to when it first started?

It’s so different now, at first I didn’t really know what I was doing, to be honest. I didn’t really know how to reach out to people but I learned that if you don’t ask, you won’t get, so I started contacting people online and I found that you build yourself a portfolio of interviewees.

Have you found that you’ve faced any challenges along the way?

I find that sometimes when you’re interviewing people, they might not talk a lot. I found this hard but I’ve gotten to a point where I have lots of questions prepared and sometimes, I just have to come up with things on the spot and this tends to drag the conversation out of people.

Where do you see your show going in five years?

I would love to be optimistic and say that I’d love to have my own television show of finding various nineties artists and travelling to interview them in places such as America and England. If not, I would love to just expand on the show and when Covid is over, to maybe get some of these celebrities over to the studio.

Who has been your favourite interview so far?

I interviewed Heather Small from ‘M People’ last week and I found her really fun and nice. My favourite nineties band was ‘No Mercy’ and I got to interview the lead singer Marty and that was just a dream come true for me because he was super nice.

Who would be your dream interviewee?

Jennifer Lopez, she’s just amazing and she’s really just a powerhouse, and I’ve looked up to her since I’ve been young and she’s the first singer that I was really interested in.

I love the people and I love the culture in the city. There are so many different cultures here and you can be exactly who you want to be, and nobody will begrudge you. It’s such a friendly place and everyone looks out for each other.