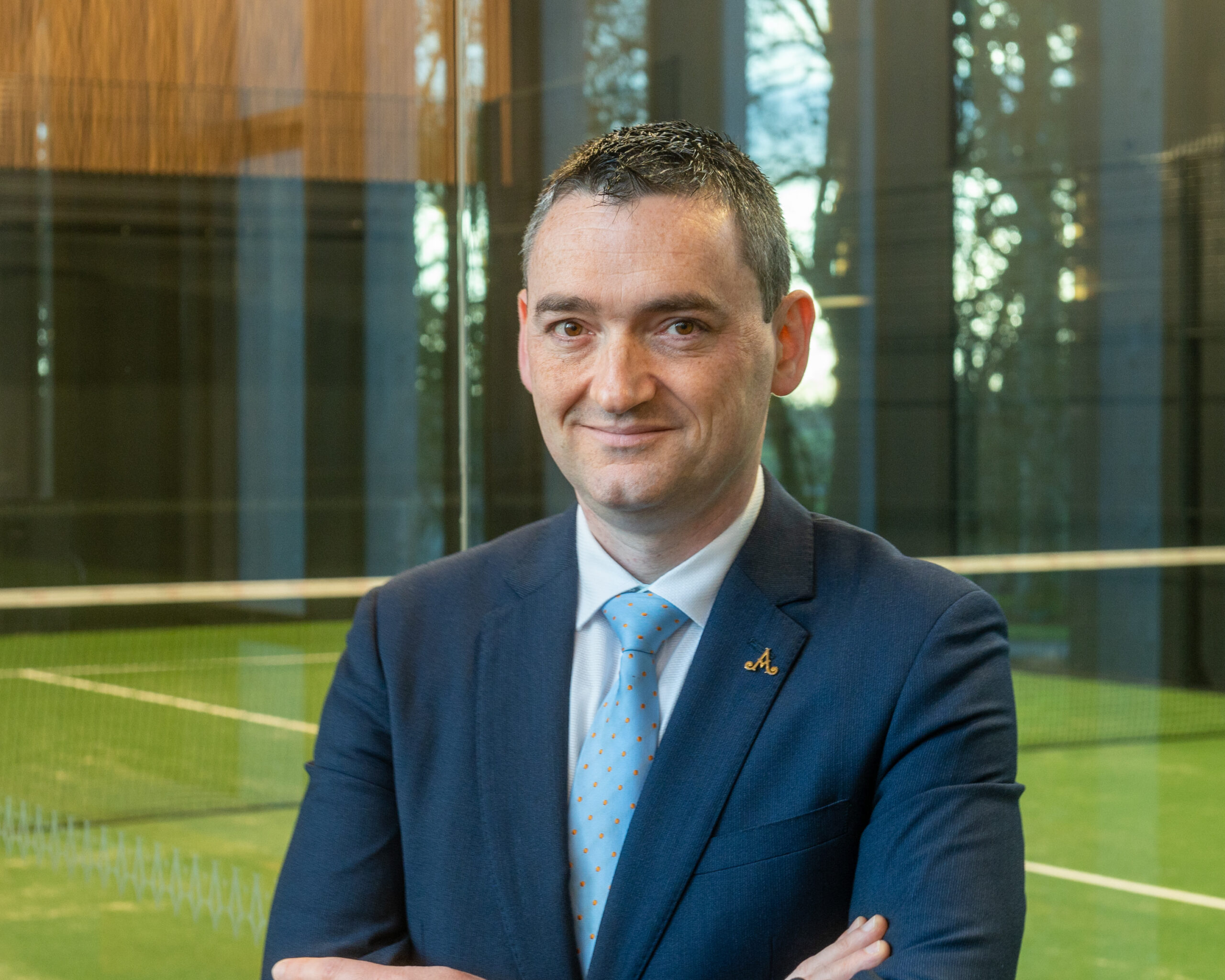 Adare Manor in Co. Limerick is one of Ireland’s leading five-star castle properties

Adare Manor, one of Ireland’s foremost five-star castle properties set on a historic 840-acres estate in Adare, County Limerick, is delighted to announce the appointment of Mr. Brendan O’Connor as General Manager.

With over 18 years’ experience in the global premium hospitality industry, Brendan O’ Connor joined the Adare Manor team in 2015 as Director of Food and Beverage.  Prior to this, he held senior management roles with a host of prestigious hotels around the world, including Ritz Carlton Grand Cayman, Sheen Falls Hotel in Kerry, and the Waldorf Astoria in New York. Brendan has also held senior hospitality management roles during the Summer and Winter Olympic Games giving him a depth of experience with high-profile sporting occasions.  Adare Manor is due to host the prestigious Ryder Cup in 2027.

During his time at Adare Manor, Brendan O’ Connor has led the Food and Beverage team in successfully reopening the hotel in 2017 following an extensive restoration, refurbishment, and expansion project.  In 2018, Brendan was promoted to the position of Resident Manager encompassing a number of operational areas including the Rooms Division, Facilities, Security, and The Spa at Adare Manor.  His worldwide management experience and achievements to date at Adare Manor ensure he is well placed to deliver the truly memorable and unique guest experience synonymous with Adare Manor.

We are delighted to announce the appointment of Brendan O’Connor as General Manager of Adare Manor. All the team at Adare Manor would like to congratulate Brendan on his promotion and we look forward to working with him to bring Adare Manor to new heights in 2021. #AdareManor pic.twitter.com/gfBib2kdMf

Welcoming the appointment, CEO of Adare Manor, Mr. Colm Hannon, said: “On behalf of our Adare Manor family, I am delighted to announce the appointment of Brendan O’Connor as our new General Manager. Brendan has been part of the Adare Manor story since 2015 when he first joined us and has made a significant contribution in key departments during this time. We are delighted to make an internal promotion for this position, which is an encouragement to all our team that with hard work, enthusiasm, and commitment you can achieve your goals. We all look forward to working with Brendan and we strive to take Adare Manor from strength to strength over the coming years.”

In a further elevation of the guest experience, Adare Manor has recently completed an innovative new 21,000 sq ft activity centre on the estate which has expanded their array of wellness, leisure, and sporting pursuits.  The Padel Club features Ireland’s first custom-built indoor padel courts, capitalising on the popularity of padel as the fastest growing sport in Europe, as well as a host of new activities including a 17-meter swimming pool; state-of-the-art gym with Peloton bikes and water rower; and, a sports simulation room for guests to try their hand at a host of sports such as golf, baseball, hockey, soccer, and footgolf.

Last month, for the second consecutive year, Adare Manor was named ‘Ireland’s Leading Hotel’ in the globally renowned World Travel Awards 2020.  In October, it also received three awards at the 2020 World Golf Awards which encompasses thousands of votes from golfers in 129 countries. For the second year running it won ‘Ireland’s Best Hotel’ and ‘Ireland’s Best Golf Course’ for its championship parkland golf course while The Carriage House at Adare Manor won ‘World’s Best Golf Clubhouse’ for the first time.

Set on an 840-acre estate, Adare Manor in Co. Limerick is one of Ireland’s leading five-star castle properties. The resort re-opened in November 2017 following an extensive restoration, refurbishment, and expansion program over a 21-month period. The largest restoration project of its kind in Ireland, the renovation and expansion honours the building’s architectural heritage as a Neo-Gothic masterpiece while incorporating the latest in contemporary luxury. Most notably, the expansion included a new 42-bedroom wing, increasing accommodations to a total of 104 guest rooms, and a ballroom that can host up to 350 guests.

The beautiful riverside setting is also home to Ireland’s 1st and only La Mer Spa, elegant fine dining facilities including the Michelin star Oak Room restaurant, a championship golf course redesigned by award-winning designer Tom Fazio, trout fishing on the River Maigue, and a host of other estate activities, including falconry, archery, and clay pigeon shooting, which will intrigue even the most experienced travelers. Situated in the heart of picturesque Adare Village in Co. Limerick, Adare Manor is surrounded by medieval ruins, walled gardens, and winding woodland paths and just 25 minutes from Shannon International Airport.

Related Topics:adare manor
Up Next

John Harnett from Bellissimo Hair Salon, Why I Love my Job