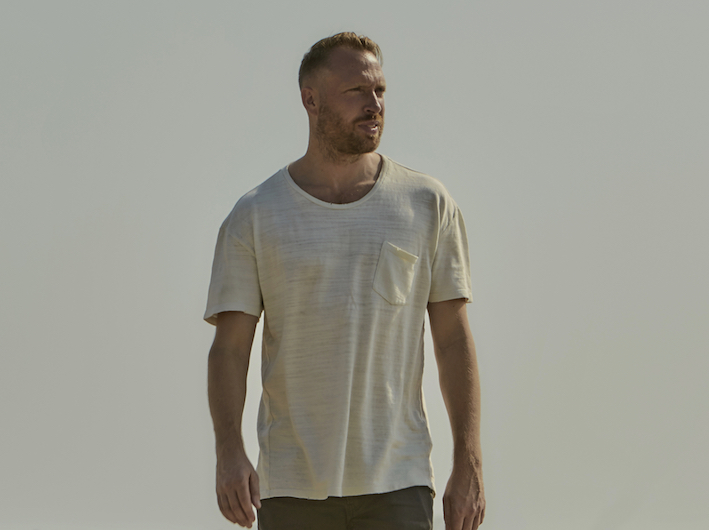 Noted as one of Ireland’s best-kept secrets, Deady received wide recognition in 2016 for his song Clap Both my Hands which reached No.1 in the Spotify UK Viral charts.

Following the release of his Debut album ‘Interview’ in 2009 Deady’s work has been noted internationally with the likes of LA’s KCRW awarding him ‘Album of the Month’. He has opened for the likes of Janelle Monae, Candi Staton, Mayer Hawthorne, Chic and Talib Kweli.

His single ‘Get on My Knees’ has also featured in the hit American TV show ‘Lucifer’.

Brian Deady’s voice has been described as a mix of Nate Dogg and Russell Thompkins Jnr of The Stylistics all rolled into one and his work conjures up strong gospel influences.

At times Deady sounds more like he was raised in the Deep South than as one of 10 kids in Cork and his rich, soulful voice comes with a contemporary R&B edge.

DJ Ease has described Deady’s voice as one that “triggers memories, just lie back and enjoy”. His work has been described as “Bare-knuckle and Remarkable” by the Sunday Times whilst the Irish Times has described him as Ireland’s new Soul star with “Raw deep soul that never goes out of fashion”.

Speaking at the announcement, Neil Dolan of Dolans Presents said: “Deady is noted as an honest artist that is both honest and easy to connect with. His authentic sounds allow audiences to feel every word and believe in what his music says”.

His single Fire in the Woods was released earlier this year and enabled Deady to address his long struggle with anxiety.

“I’ve lived with anxiety for as long as I can remember, I just didn’t know it was called that until a few months ago. I thought it was just me, that it was my fault and I just wasn’t strong enough. This song is about my journey to try and get some help”, he said.

Earlier this summer Deady released his newest track ‘Stepping Right Up’ which has been described as ‘a happy go lucky country-fused bop that is assured to make you feel good this summer’.

Deady is currently working on a new album which is due out later this year.