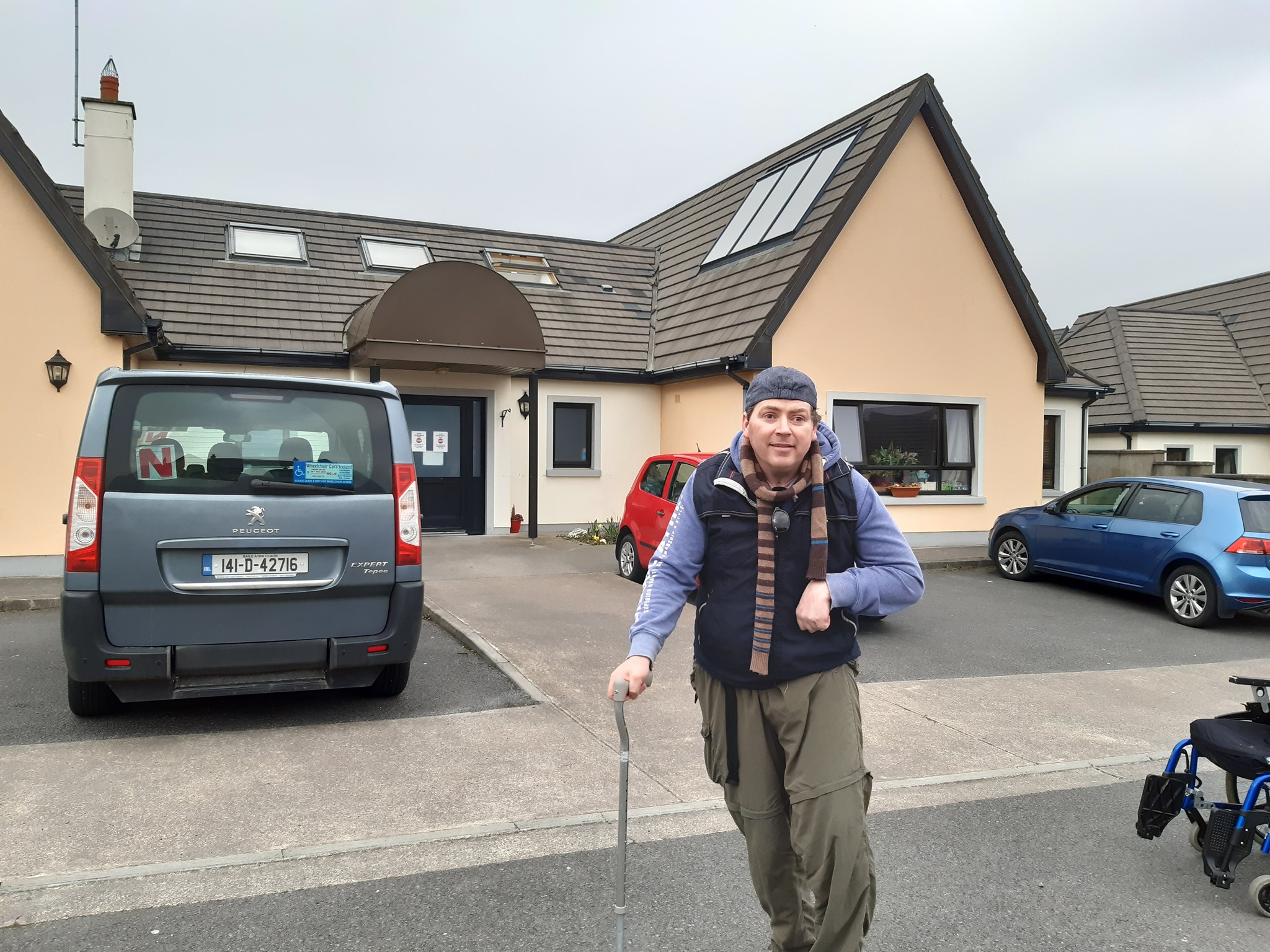 Brian Hogan from Ballykeeffe, County Limerick, suffered severe brain damage after an unprovoked attack in 2009 during a night out with his friends, leaving him blind and partially paralysed. After major rehabilitation as well as stem cell infusion surgery in China, Brian has slowly regained the ability to walk, and will be putting it to good use over the next month to raise money for Acquired Brain Injury Ireland. He is aiming to walk the equivalent of 20 laps of Thomond Park by May 31, and, with your support, raise money and awareness for brain injuries such as his.

On July 19, 2009, during a night out in Nottingham, where he was living and working as a senior quantity surveyor, Brian hit his head off of the pavement after a single punch from a stranger, and suffered an internal bleed to the brain. A surgeon worked on Brian for 5 hours, and he was put into an induced coma for 3 months. Waking up to discover that he had lost his sight as well as his ability to walk, Brian was distraught, and faced a long road of rehabilitation and recovery

Brian has made great progress with his aim of walking the equivalent of 20 laps of Thomond Park, having already walked 8 laps over the last 3 weeks.

In 2012, Brian underwent stem cell infusion surgery in China, in the hopes that it might help him regain his sight and ability to walk. Though his family were told by doctors in Beijing that it could take 6 to 8 months before the stem cells would take effect, they began to see some small signs of improvement a few months after his treatment. Coupled with physiotherapy, Brian’s mobility along his left side improved. Now, having succeeded in walking over 3km over the last 3 weeks, Brian wants to push himself even further and walk every day, as far as he can, with the overall goal of walking the equivalent of 20 laps of Thomond Park.

Speaking about his fundraiser, Brian said, “My fitness levels prior to my assault in 2009 were excellent as I attended the gym 4 times a week. I swam, ran and cycled. I was a non-smoker and in excellent health. As a result of my Acquired Brain Injury I suffered a right-side hematoma causing left sided weakness. When I came out of my coma, I realised to my horror that I had lost my sight. But my glass has always been half full, so cocooning has given me an opportunity rather than being a negative. I have a chance to exercise, get stronger and lose some weight.”

Brian added, “Exercise is better than any anti-depressants. I will walk every day as far as I can. In the last 3 weeks I have walked over 3000 meters which is equivalent to 8 laps of the Thomond Park pitch. My goal by the end of May is to complete the equivalent of 20 laps! Acquired Brain Injury Ireland are giving me back my independence, so I want to give back to them. Where there is life there is hope.”

Brian’s sister Nevis Hogan told us about how the idea for this fundraiser came about, saying, “Brian has been on lockdown like everyone since mid-March, and it’s hard as he’s in assisted living, so we can’t be with him regularly, but we’ve been chatting every day and on Zoom a few times a week. Brian has been focusing on walking most days and each day he’d beat his previous day’s milestone in the amount of feet he’d been walking, so I thought why not have a goal. I asked Brian what he thought of doing a fundraiser for Acquired Brain Injury Ireland, as a way of giving back to them as they have been his family in our absence. They’ve supported his desire to get up walking for a long time now and he’s had more time to practice and strengthen his muscles over the last 6 weeks.”

“Brian was only more than happy, so I spoke to ABI and they came up with the idea of walking the equivalent of 20 laps of Thomond Park – Brian is a huge Munster Rugby supporter! His goal is to achieve those 20 laps by May 31st, and he has already completed 8, so 12 to go. All the support is greatly appreciated, especially by Brian who is an advocate for Acquired Brain Injury Ireland,” said Nevis.

Volunteers make up to 5,000 Face Shields per week for Nursing Home Staff in the Midwest