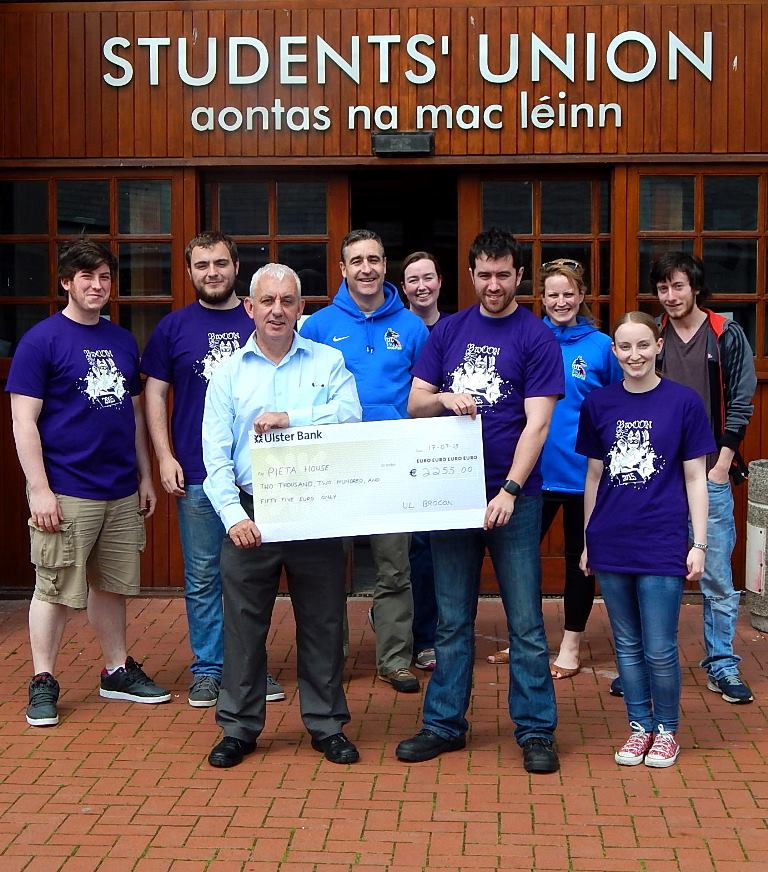 The family friendly event was a huge success, over 600 gamers and anime enthusiasts showed up and took part in competitions and gaming events throughout the weekend.

Between the annual charity auction, bucket collections, donations and a sizeable contribution from the BroCon Maid Cafe, an amazing €2255 was raised for Pieta House suicide prevention this year, topping last year’s sum.

This is the fourth year that BroCon has raised and donated money on behalf of Pieta House, and the charity is not set to stop there. BroCon will return next year on the weekend of July 8-10 with the aim of making even more money for Pieta House.

Pieta House, the centre for the prevention of self-harm or suicide opened over nine years ago with Lucan in County Dublin the centre of operations. In the intervening years they have seen and helped nearly 17,000 people in suicidal distress or engaging in self-harm, and opened up seven subsequent centres, three in the greater Dublin area – Ballyfermot, Tallaght and Finglas and four further centres to cater for the rest of the country in Mungret, just outside Limerick city, Tuam, Roscrea and Castleisland.

Nine years ago,  founder and former CEO, Joan Freeman, a practising psychologist, closed down her own counselling business and dedicated her time finding out how she could help people who were suicidal – what would be beneficial to them and help them get through their dark time. After three years of research, she opened up Pieta House, which quickly became a respected and recognised service for those who were suicidal.

Having counselled many people in the past who were self-harming, Joan realised that this was a topic never discussed and rarely understood, and she decided to also help people with this debilitating issue.

From humble beginnings, Pieta House has grown to almost 180 therapists and administration staff, and the demand for their service hasn’t let up. To that end, in 2014 alone, over 5,000 people came through our doors suffering from suicidal ideation or engaging in self-harm.

Watch the video below for more on The Story of Pieta House.