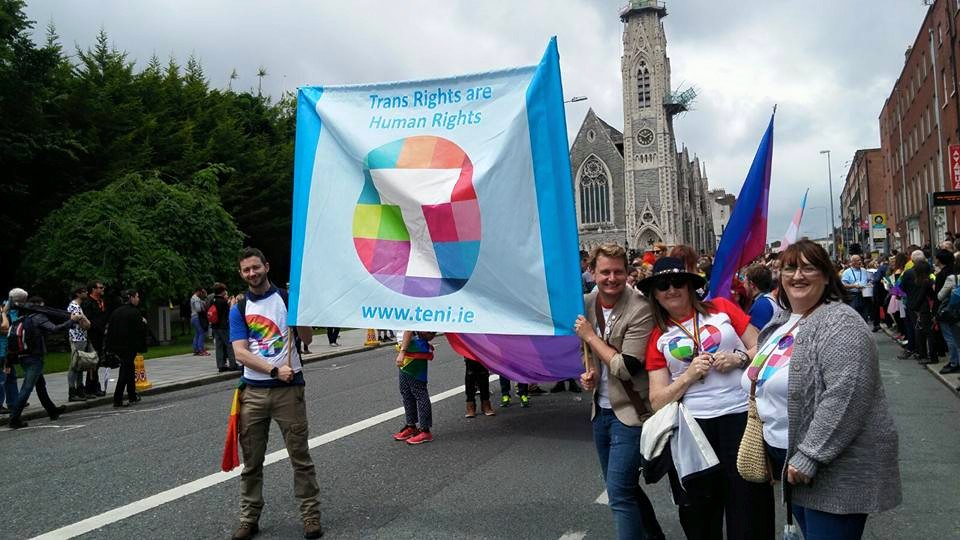 Broden Giambrone, Chief Executive for Transgender Equality Network Ireland (TENI) has been announced as the Grand Marshal of the Limerick LGBTI Pride Parade 2016.

Broden grew up in Toronto, Canada and in his late teens transitioned from female to male before attending McGill University, Montreal where he studied a BA in Sociology and has received a Masters in Public Health (MPH) from the University of Toronto. He then went to Brighton in the UK where he studied an advanced course in International Health, before moving to Dublin where he is now the Chief Executive of TENI.

This year’s Limerick Pride theme is #UnitedColoursofLimerick, and Mr. Giambrone, spoke to I Love Limerick about why it was an honour and privilege to be the first trans Grand Marshal of Limerick Pride, “I believe that this will put a spotlight on the trans community and the inclusiveness of the LGBTI community. It is an opportunity to show the diversity of the LGBTI community and is very positive in terms of visibility for the transgender community.”

Broden added how coming out as trans in Toronto was difficult, but because he was in a large city with resources and others for support, it made it easier. Comparing his experience in Toronto to the current situation in Ireland, Broden said, “I think in Ireland there are pockets, whether it is Dublin, Limerick, Galway or Waterford where coming out can be a positive experience and there are places where it’s not.” By having a trans Grand Marshal, Broden believes this could highlight the need for supports in areas of Ireland that are lacking.

In 2015, Ireland saw the Marriage Equality Referendum passed as well as a Bill on Gender Recognition; Broden said that although these are welcome changes and are massive steps in LGBTI history in Ireland there is still a lot to be done. He says there is a need for hate-crime legislation, increased supports nationally and the revision of the Gender Recognition Act to include all members of the trans community.

“More broadly increased positive visibility is what we need, that is what changes people’s views. Legislation is important but we need to show that, as trans people, we are part of Irish society, we are your siblings, your co-workers, your friends, we are your family. We are one element, one aspect of human diversity.”

Pride festivals are a celebration of history, community and acceptance said Broden, who also believes it is the perfect platform to educate society on the LGBTI community, “A lot of people at Pride come from within the community, but y

ou also get a lot of friends, families and allies coming as well, so it is the perfect platform to be talking about these issues and the diversity of the LGBTI community.”

Often people speak of the negative elements of being LGBTI to highlight the struggles and the changes that are needed to improve the situation. Broden believes the #UnitedColoursofLimerick theme focuses on the positive aspects of inclusion and diversity. “Being trans is part of the human condition, we should be able to accept that and celebrate it like we do all diversities. Positive visibility is a big part; supporting people in being able to live true to who they are.”