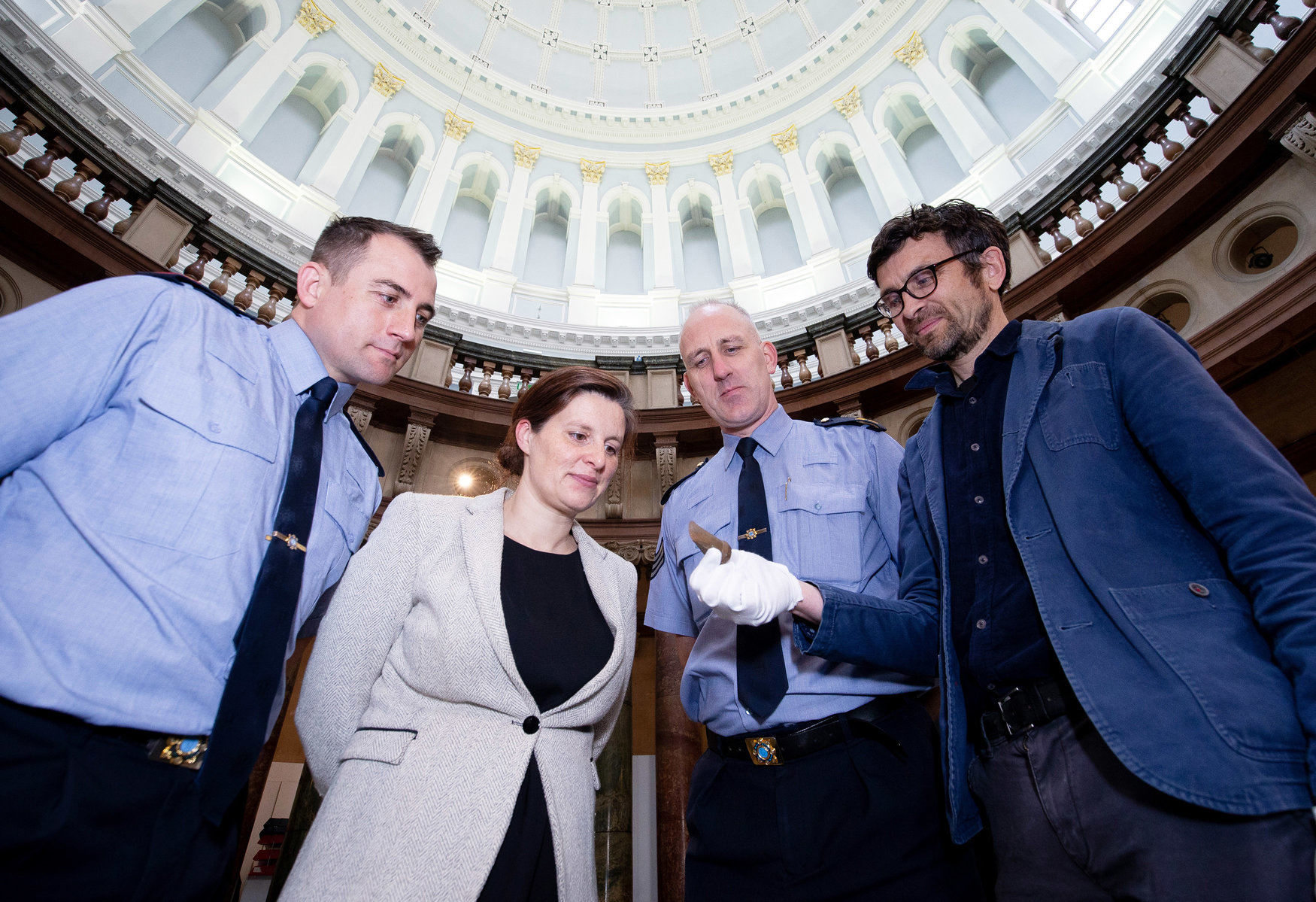 A miniature Bronze Age Axe which dates to approximately 1000-800 BC was recovered by National Museum of Ireland and An Garda Síochána in Adare, Co Limerick after it was identified on a social media post.

It is understood that the artefact was unearthed as a result of illegal metal detecting and it was not reported to the National Museum, as is required under legislation. However, Gardaí were successful in recovering it after it was reported by a member of the public, and a file is now subsequently being prepared for the Director for Public Prosecutions.

The National Museum is appealing to members of the public to be vigilant about reporting discoveries of many archaeological objects.

Director, Lynn Scarff said, “The moment artefacts of archaeological significance are taken from the ground they are under threat of deterioration and it’s also critical for our staff to study the ‘find spot’ because it can provide important evidence, both about the item and the area in which it was discovered. Therefore, it’s a matter of grave concern for us that the illegal use of metal detectors to search for archaeological objects continues and we want to appeal to members of the public to consider the greater public interest and the importance of these items to our national heritage, and to report any finds of note to us”. 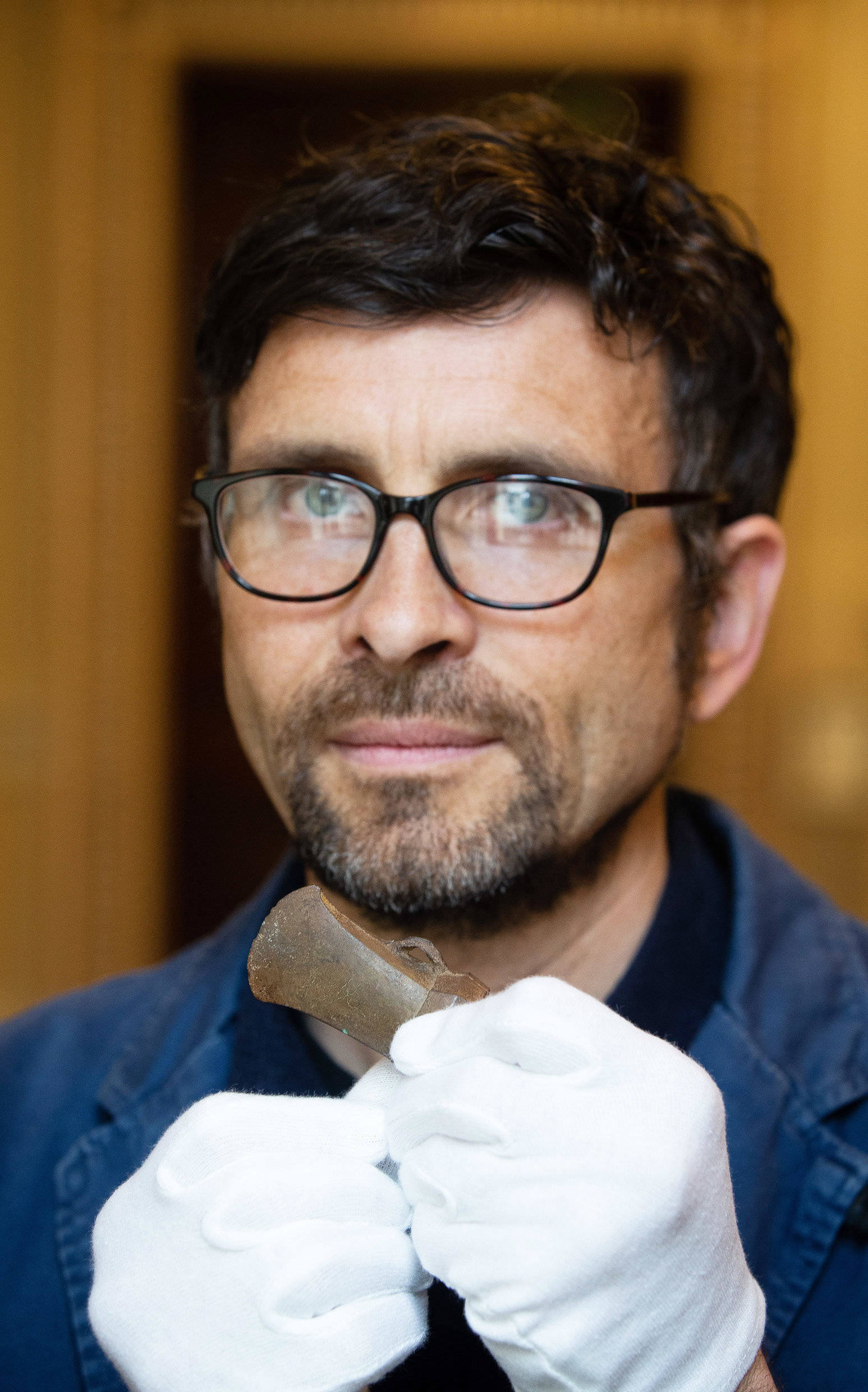 “Thankfully this impressive axe-head was spotted on social media and a vigilant member of the public reported it appropriately. We would like to pay tribute to An Garda Síochána, and in particular Garda Patrick Buckley at Adare Garda Station and Superintendent John Deasy and members at Newcastle West Garda Station, for their work to secure its recovery. It’s a great example of active and responsible citizenship, working with the authorities to protect our shared heritage,” she said.

Maeve Sikora, Keeper of Irish Antiquities at the National Museum of Ireland said, “Each new discovery has the potential to reveal information about undiscovered settlements or ritual activity so it’s very important that finds are reported to us, and as soon as possible after their discovery. Microscopic analysis of similar axe heads suggests that they may have been used for woodworking.”

Detective Superintendent Ken Keelan, Garda National Bureau of Criminal Investigation stated that, “An Garda Síochána’s Arts and Antiques Unit based at the Garda National Bureau of Criminal Investigation works closely with the National Museum of Ireland regarding investigations into the recovery of objects under the National Monuments Acts. The case highlighted is the currently the subject of an ongoing Garda investigation and a file is being prepared for the Director of Public Prosecutions. Gardaí would again remind people of their legal obligations and requirements under the National Monuments Act, 1930 – 2014.”

Using a metal detector without a licence to search for archaeological objects, carrying out excavation to recover such objects and cleaning or altering recovered objects are all offences under the National Monuments Act 1930 to 2014.

Promotion of the use or sale of metal detectors for searching for archaeological objects is also an offence under legislation.

For further details on metal detecting in Ireland and the law, click here.