Bualadh Bos Childrens Festival 2019: Rockin Rhymes by Branar will be kicking off this years festival on October 6. Picture: Anita Murphy.

The annual Bualadh Bos Children’s Festival will be a part of the Belltable and Lime Tree autumn programme and is Limerick’s only dedicated arts festival for children.

The festival will be kicking off with Branar’s world premiere of Rockin’ Rhymes on Sunday, October 6. There is a full programmeof events in place for both families and schools and has something for every child. The festival will run from the 6-19 of October.

The Limerick festival hosts eleven different events with two additional events as part of the Bualadh Bos On Tour, which the festival will be brought out to schools in the county. 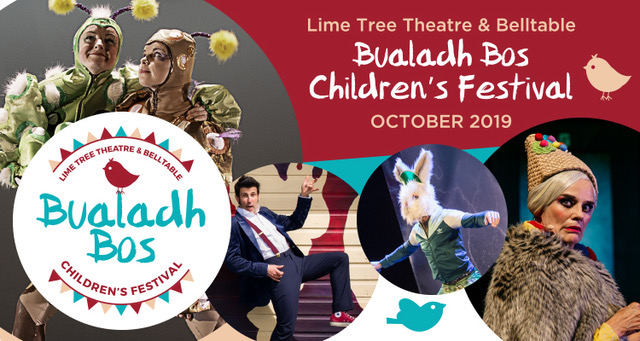 Bualadh Bos Childrens Festival 2019 will take place over the course of two weeks with a range of different shows.

As Limerick’s only dedicated arts festival for children, they will also be hosting a family weekend again this year. It will take place on Saturday, October 12 in the Lime Tree Theatre and on Sunday, October 13 in the Belltable.

Marc MacLochlainn, director of Rockin’ Rhymes, said, “We were overwhelmed by the reaction we received from our audiences to the music in our previous Woolly’s Quest which premiered in 2018. The responses of these audience members inspired us to create a full show dedicated to music. And so, Rockin’ Rhymes came about. It has been immense fun in the rehearsal room and we think this fun will translate to the stage for our audiences”.

Rockin’ Rhymes is a new music show for music lovers aged 2 to 102. It is a rock-n-roll adventure, performed by a band of 5 musicians, featuring nursery rhymes as you’ve never heard them before. Created specifically for early year audiences aged 2 years and upwards, this is a captivating musical performance, reimagining well-loved nursery rhymes such as Rock-a-Bye Baby and Twinkle Twinkle with bluesy, rock and jazz twists while blending it with Branar’s signature storytelling.

Rockin’ Rhymes is presented in association with Roscommon Arts Centre and Pavillion Theatre and was first supported by Pavilion Theatre’s Patron Bursary Award 2018.

For more stories about the Belltable and Lime Tree theatre, click here.