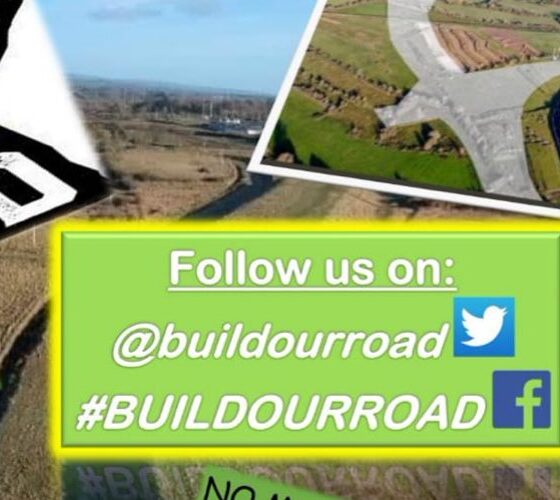 Build Our Road campaign to deliver the Coonagh / Knockalisheen road

Build Our Road Campaign is vital to the physical, social, and economic fabric of the Moyross community

Build Our Road campaign to deliver the Coonagh / Knockalisheen road

Moyross Partners’ structure have been supporting the community of Moyross for over 25 years and have launched their Build Our Road Campaign. The campaign is in response to a meeting between Transport Minister, Eamon Ryan, and representatives from Moyross held on January 22 where Mr. Ryan would not commit to releasing funds to finish the Coonagh / Knockalisheen road and was instead considering an alternative plan for the area, despite the fact it has been a major part of the Regeneration plan for the Moyross area since 2007, with the first phase already completed and costing 19 million Euros.

Moyross Partners stress that Build Our Road is about more than just a road. This project is vital to the physical, social, and economic fabric of the Moyross community and the Northside of the city and would allow for new employment, educational and economic opportunities. Moyross Partners are urging the public to get behind the Build Our Road Campaign by engaging with them on social media and contacting their local representatives to support them in getting the Coonagh / Knockalisheen road project delivered.

Chairperson of the Moyross Residents Forum, Tony Lynch, said, “This is the most vital piece of infrastructure for the community of Moyross & the Northside of our city. This connectivity opens up education & economic opportunities gives hope to families and a sense of belonging to our City.”

The Mayor of Limerick city and county, Cllr Michael Collins has called for ‘urgent clarification’ from Minister for Transport, Eamon Ryan TD, on the future delivery of the Coonagh-Knockalisheen Road in Limerick.

Mayor Collins said the local community in Moyross is ‘frustrated and angry’ at the impasse over the future of the project which is a key part of the Limerick Regeneration Framework implementation plan. Calling on Minister Ryan to clarify why there is a delay in signing off on the road completion since last October, the Mayor said;

“This is not just about a road, this is a project which represents everything that Regeneration is designed to do and on track to deliver for the Moyross area, from facilitating inward investment to leading to a more sustainable social environment for the northside of the city,” he said. 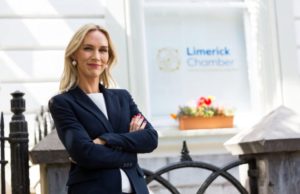 Limerick Chamber CEO Dee Ryan has warned that the COVID crisis may further deepen the economic divide in Limerick unless targeted interventions and active steps are taken by government. A key part of this is delivering on the existing commitment to finish the Coonagh – Knockalisheen road, which is an acknowledged important element of the National Development Plan, the goal of which is to address regional inequities.

Responding to news that Minster Eamon Ryan is proposing a rail option instead of completing the road scheme, the Chamber CEO said that the COVID crisis has hit Limerick and other regions across Ireland differently and, as was the case in the aftermath of the last crisis, recovery in the Mid West is likely to lag behind Dublin and the East.

“We already have the highest number of unemployment black spots in the country here in Limerick and we don’t need this further delay on a project that is central to the regeneration plan for one of them and has also been justified and approved within the National Development Plan,” Ms Ryan said.

“Yes, rail connectivity is also very welcome but it is not a silver bullet. Rail in isolation limits mobility options for the people of Moyross and also limits opportunity for job creation and business development in the area.”

“Inequality is the root cause of many problems in Limerick and other cities and is an issue where much work still needs to be done.  Huge investment and energy has been put into addressing these challenges by elected representatives, community groups and our local authority and this road is identified as a key solution for the north-side of Limerick.  We cannot continue to leave sections of our community isolated. If we do, the inequalities will further deepen” Ms Ryan added.

Build Our Road can be found on Facebook and Twitter with the hashtag #BuildOurRoad. Moyross Partners have been overwhelmed with the support they have already received from the wider community in Limerick and ask that they continue to support this campaign as it is incredibly important not only for the people of Moyross but also for Limerick city and county.

For more information on the Coonagh/ Knockalisheen road click HERE