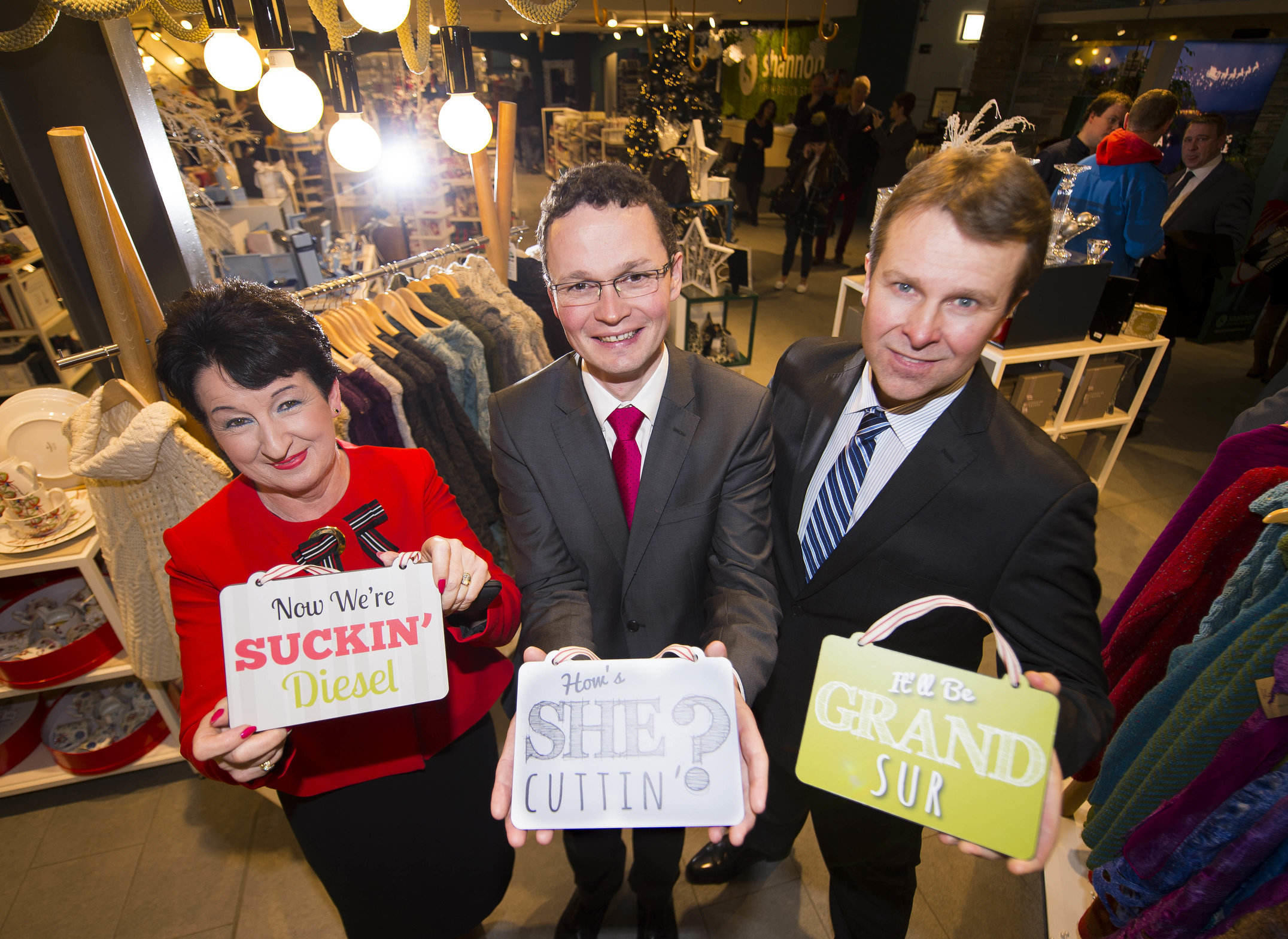 A Bunratty Castle One Million Euro Facelist has been unveiled today at the Shannon Heritage owned Bunratty Castle and Folk Park in Co. Clare, one of Ireland’s top visitor attractions.  A major upgrade has been completed at the popular site, involving the development of a new retail store and online brand, a new café and new attractions around the Park. The development has resulted in an extra 30 staff being employed at the site to help bring Ireland’s heritage to life for visitors.

Unveiling the new developments, Patrick Donovan TD, Minister of State for Tourism and Sport said: “For almost 55 years now Bunratty Castle and Folk Park has been a tremendous heritage asset and a magnet attraction drawing visitors to spend time in the area. I would like to commend Shannon Heritage, and its parent company Shannon Group, for having the foresight to continue to invest in this popular site. The new café, retail store and admissions building have created an exciting new look and feel, while showcasing and supporting over 100 businesses from around Ireland. There is no doubt that Bunratty will continue to see its visitor numbers grow in the future.”

The project took six months to complete and 25 people were employed during construction, which involved enclosing and covering the existing courtyard area at the Folk Park. The project was managed by Shannon Group’s property company, Shannon Commercial Properties, and the main contractors were Martin’s Construction from Barefield, Co. Clare.  The architects on the project were O’Neill-O’Malley Ltd, and the consulting engineers were TOBIN Consulting, both companies from Galway.  The existing shop was replaced with the Shannon Irish Design Store, Ireland’s newest retail brand and a new concept in shopping which has doubled the size of original retail space.Creatively designed, the new store focuses on making the customer’s visit as experiential as possible.  Although contemporary in many respects it captures the essence and authenticity of the Folk Park through quirky and entertaining features such as its unique moss wall, the use of natural timbers and rope, as well as its innovative use of lighting.  It tells stories about the faces behind the businesses and how they were inspired to design and create their products.One of the key objectives behind the investment was that the new store would showcase the best of contemporary Irish products, including the work of talented local artisan crafts people, in addition to the very best of Irish products to an international audience. The store reflects a wide geographical spread, from established brands like Foxford in the West, Avoca in Wicklow to locally based emerging entrepreneurs like Kate Ramsey of Fabulous Felt in Limerick.  Other stores are planned and a new online shop has just been launched to complement the store.Another major element of the Bunratty Castle One Million Euro Facelift investment is a new café called Mr. O’Regan’s. Explaining the choice of name, Matthew Thomas, CEO, Shannon Group said: “‘Mr. O’Regan’s is a fitting tribute to the late Dr Brendan O’Regan, a visionary leader and man who did so much for the site here and for the Shannon region and Ireland. He was deeply involved in the early development of Bunratty Castle and Folk Park and one of the first trustees of the castle. He came up with the idea of operating trial medieval banquets in the castle for tourists back in 1962. Little did he know that almost 55 years later, they would still be Ireland’s longest running and most successful evening entertainment experiences.

“We are committed to fulfilling Shannon Group’s role as a catalyst for economic growth and to attracting more tourists to the region. This required investment in our tourist products to match the best across Europe and to allow us to continue to preserve and showcase Ireland’s rich heritage.With seven day and four evening visitor attractions, Shannon Heritage is Ireland’s largest operator of tourist attractions, with over 370 staff (full-time and part-time) employed in high season, an increase of 50 jobs in the past year. In 2015, Shannon Heritage recorded an overall 8% increase in visitor numbers to 692,000, with its day-time visitor attractions up 11% on the previous year. That included a 22% increase in visitor numbers to King John’s Castle alone, bringing visitor number there to over 104,000 for the first time ever. Speaking about the Group’s overall investment plans, Rose Hynes, Chairman, Shannon Group said: “Shannon Group is firmly focused on the future and is in investment mode, some of which is necessary to address historic underinvestment, but more of which is designed to provide new experiences to attract additional tourists and develop new state-of-the-art property solutions to attract indigenous and FDI jobs.”

To find out more about Bunratty Castle and Folk Park click here.

To find out more about Irish and Limerick heritage click here

Gorecast Is The Podcast For All Your Horror Needs