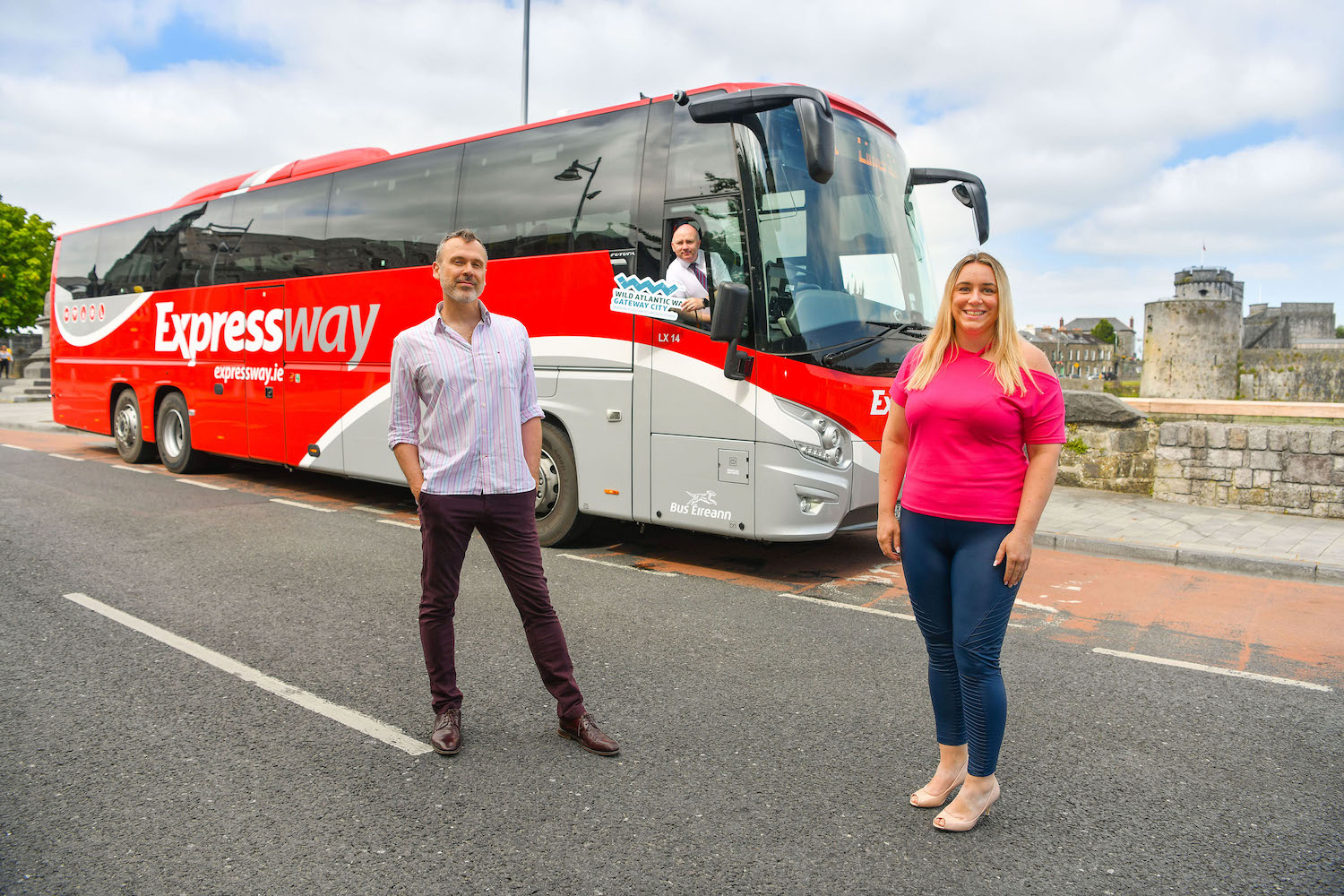 Bus Éireann employs 150 people who live in County Limerick and transports 5,200 students on school transport in the county each school day

Bus Éireann, Ireland’s national bus company, has published a new report on its economic and social impact. The report was carried out by professional services firm KPMG and shows the positive impact that Bus Éireann and its services have on individuals and communities throughout Ireland, including in County Limerick.

In 2019, Bus Éireann’s Limerick city services carried almost four million passengers. There are 380 Bus Éireann bus stops in County Limerick, with 324 of these within 2km of hospitals and 202 stops within 2km of higher education institutes.

CEO of Bus Éireann, Stephen Kent, commented, “We are proud of the contribution Bus Éireann and its employees make to the country, and to local communities in County Limerick. Ultimately, the value of Bus Éireann as Ireland’s national bus company is our understanding of transport needs in Ireland’s regional cities, towns and rural areas. The fact that we provide services in every county gives us a special understanding of what moves Ireland, how to do it better, and more sustainably.’’

Bus Éireann is proud to serve as Ireland’s national bus company, the backbone of public transport in regional cities & towns. A report by @KPMG_Ireland published today shows our contribution to the country’s economy and society #DrivingChange #BusesMatter https://t.co/kQGrG8DF1T pic.twitter.com/kklk67qgze

The Bus Eireann Limerick Economy report project lead, Professor William Hynes of KPMG Future Analytics, commented, “This report details the extent of the contribution that Bus Éireann makes to both communities across the country and to the national economy through employment and facilitating the movement of people. Transport is ultimately an economic enabler, and Bus Éireann’s measurable and intangible impacts are compelling: ~€270 million for the national economy, 8,800 direct and indirect jobs, and a social footprint in cities, towns and villages across the country.”

The report further shows Bus Éireann’s contribution to Ireland’s climate action goals and sustainable transport. Up to 12.6 million car journeys are avoided every year by passengers choosing Éireann services, and an additional 21.5 million car journeys are avoided due to the School Transport Scheme. Nationally, 120,000 schoolchildren travel on a Bus Éireann service every day to and from school.

Bus Éireann is also playing a significant role in Ireland’s fight against climate change by significantly reducing road congestion. Bus Éireann’s sustainability strategy targets a 50% reduction in the company’s greenhouse gas emissions and a 30% increase in passenger numbers by 2030.