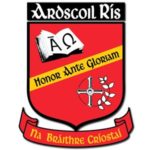 Business Genre:
Schools & Colleges
Short Business Description:
Ardscoil Rís was formally opened in Limerick on the North Circular Road on September 1st, 1963, when it welcomed 52 pupils. Classes were held in an old coach house attached to Shelbourne House until the first purpose-built classrooms were available. This first intake included Pat Cox, then a noted debater, later a distinguished academic, journalist and finally President of the European Parliament.

From its foundation the school was managed by one of the Christian Brothers who held
the post of Principal. In 1989, a Board of Management, representing trustees, staff and parents, was put in place and a lay Principal was appointed. From small beginnings, the school, augmented by periodic extensions, grew to its present size and now has over 700 students and over fifty teachers.

In December 2009 the contracts were signed for a major extension and refurbishment programme in Ardscoil Rís. The new school is 6,365 square metres in total which is more than double the size of the existing school. New facilities include a multi-media learning laboratory, tiered demonstration room, music/drama performance space, first-aid room, physics laboratory and demonstration area, art and craft room, home economics room, canteen and circulation/social area.

The refurbishment of the existing school involves a total refit of the present accommodation with upgraded facilities and services and the relocation of some classrooms and offices.

The late twentieth century witnessed the contraction of religious orders world-wide. Ardscoil Rís is now staffed entirely by lay teachers. The Brothers maintain ownership and trusteeship of the school and are represented on the Board of Management by four trustee nominees.