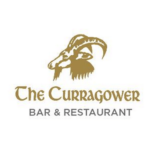 Uniquely situated on the banks of the River Shannon, the Curragower Bar is in the heart of Limerick’s Medieval Quarter.

This is the perfect stopover on the way to Thomond Park and has become renowned for its festival atmosphere before and after Munster matches.

A well-known landmark in the city, the Curragower is believed to be one of the city’s oldest bars with some historians citing its establishment as far back as the late 1700s, originally serving as a sibín for local farmers and fisherman alike.