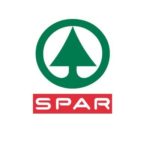 Business Genre:
Shopping - Grocers & General
Short Business Description:
Operating in Ireland for over 50 years, SPAR is one of the country’s largest convenience retail groups. From the time it opened its first store in Dublin in 1963, the brand has been a leader in Irish convenience retailing, bringing consumers the most innovative products and in-store offerings. The group, which is part of leading wholesale and retail company BWG Foods UC, includes SPAR for neighbourhood shopping and SPAR Express for forecourt shopping. With a presence in every county across Ireland, SPAR’s over 370 stores provide employment for 14,000 people locally.

Founded in The Netherlands in 1932, SPAR is the world’s largest grocery chain. Although there is much speculation as to the meaning of the word SPAR with some mistakenly thinking it is derived from the Dutch word for ‘to save’ Besparen, SPAR is, in fact, an acronym of a Dutch sentence that explains where modern day ‘SPAR’ finds its foundations.
Back in 1932, Van Well called his new retail concept ‘De SPAR’, which is derived from the following Dutch phrase:
When directly translated means, ‘We all benefit from joint cooperation’, which remains true to this day in each SPAR country and in the network as a whole. To symbolize the strength of this organization, Adriaan Van Well used the fir tree as part of the ‘De SPAR’ logo and although the organization’s name has shortened to SPAR and the SPAR tree has somewhat developed into more of a contemporary fir tree the fundamentals still remain to make it an instantly recognizable brand worldwide.
The fast growth of the company continued over the years to follow with stores opening in South Africa, Japan, Eastern Europe, Argentina, Australia, China and most recently in Nigeria which is a true sign of the significant growth in SPAR.