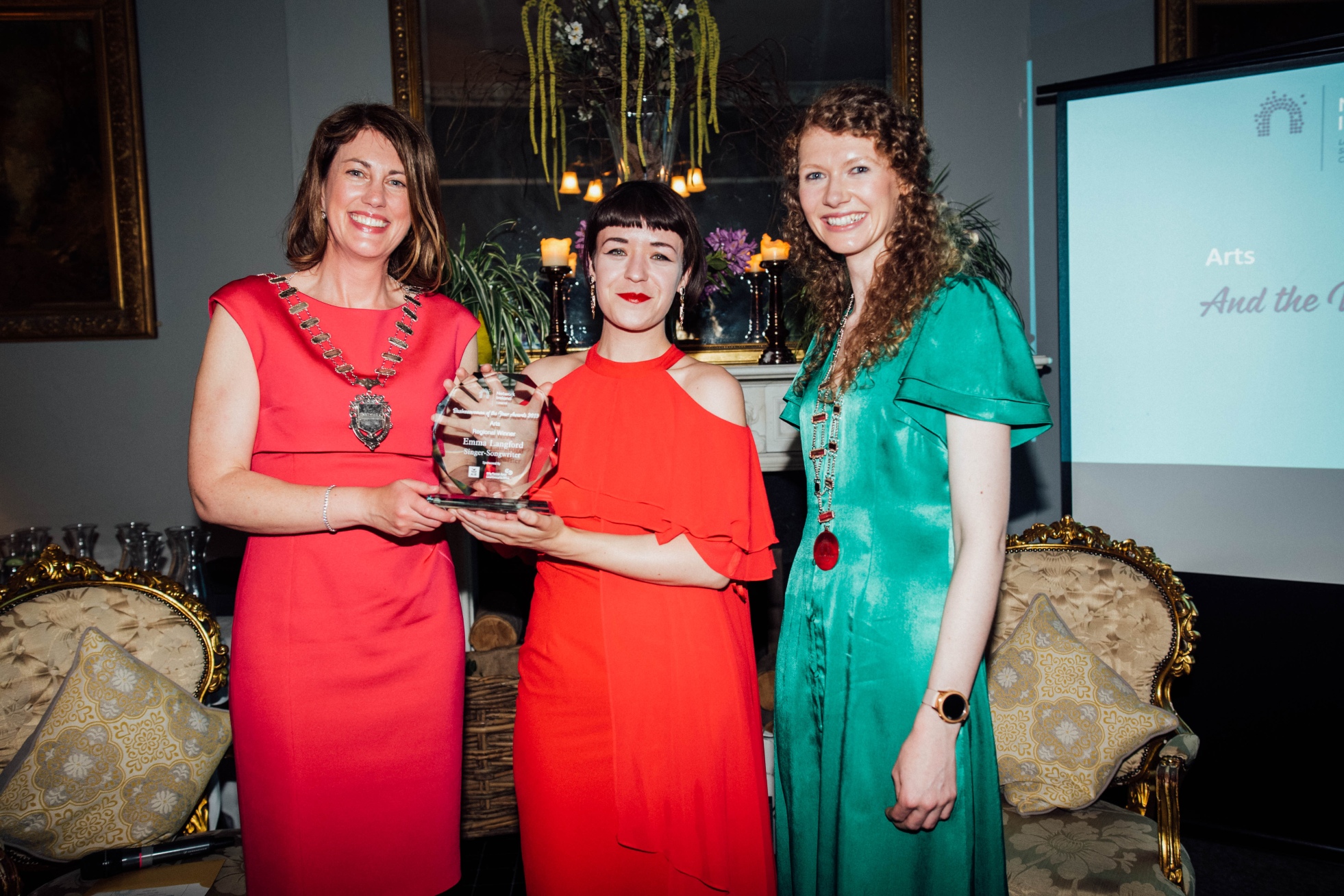 Pictured at the Network Ireland Limerick 2019 Businesswoman of the Year Awards, sponsored by LEO Limerick and AIB, at No.1 Pery Square.
Pic. Brian Arthur

Hannah Wrixon, Network Ireland Limerick member and founder of Get the Shifts, was announced as the winner of the Emerging New Business Businesswoman of the Year at a gala awards ceremony in Cork on Friday night. Highly Commended in the Arts Category was singer and songwriter Emma Langford.

Chupi Sweetman, the owner of Chupi, was announced as the winner of the Large SME Owner Businesswoman of the Year at the Network Ireland awards.

As members of Network Ireland Limerick, Hannah and Emma were put forward as finalists having won at the regional businesswoman of the year awards in Limerick last May. Hannah beat off stiff competition from 12 other finalists in the Emerging News Business category which was sponsored by Enterprise Ireland.

Hannah Wrixon is a serial entrepreneur whose latest venture Get the Shifts is disrupting the Hospitality sector one shift at a time. With her eye firmly on innovative software, Hannah is committed to supporting clients through a ground-breaking App and excellence in customer service.

There was a strong Limerick contingent supporting Hannah and Emma and the other three finalists representing the Limerick Branch. Olivia Buckley (Olivia Buckley International), Patricia Roberts (No. 1 Pery Square), and Petrina Hayes (The Savoy Collection) were also among the women competing for national recognition.

Catriona O’Donoghue, President of Network Ireland Limerick, said “We are thrilled for Hannah and Emma. It’s great to see our members being rewarded for their extraordinary achievements. I would also like to congratulate our other finalists for stepping up and putting themselves out there. This is the second year in a row we’ve brought home a national award. This is an incredible testament to the success of the Limerick branch and local businesswomen.”

More than 250 delegates attended the Network Ireland National Conference and Awards Ceremony on Friday September 27. The conference was being hosted by TV presenter Sonya Lennon and is one of the biggest of its kind in Ireland for professional women. 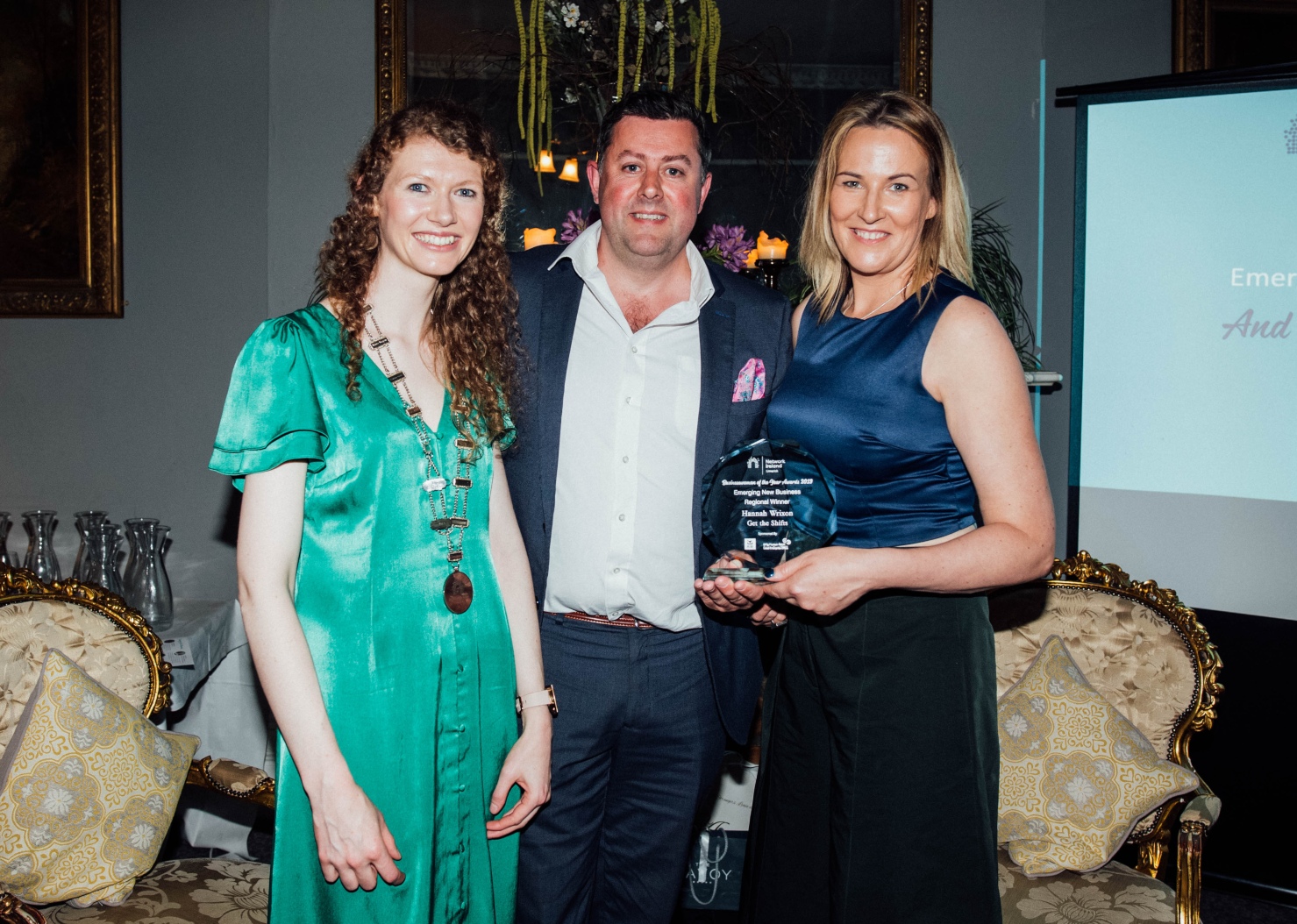 Pictured at the Network Ireland Limerick 2019 Businesswoman of the Year Awards, sponsored by LEO Limerick and AIB, at No.1 Pery Square.
Pic. Brian Arthur

Helen Wycherley, President of Network Ireland, said, “Through the conference, we wanted to empower women to step up to the challenge, grow their confidence, seize opportunities and drive their personal and professional development. While at the same time leading and inspiring others. Our awards recognised the outstanding success and achievements of our members, and it was a super occasion and night of celebration.”

ABOUT NETWORK IRELAND
Established in 1983, Network Ireland now has almost 1,200 members across fifteen branches around Ireland. Each year they organise up to 200 events for members. They also run a number of flagship national events, including an International Women’s Day Celebration and the Annual Conference and Business Awards.