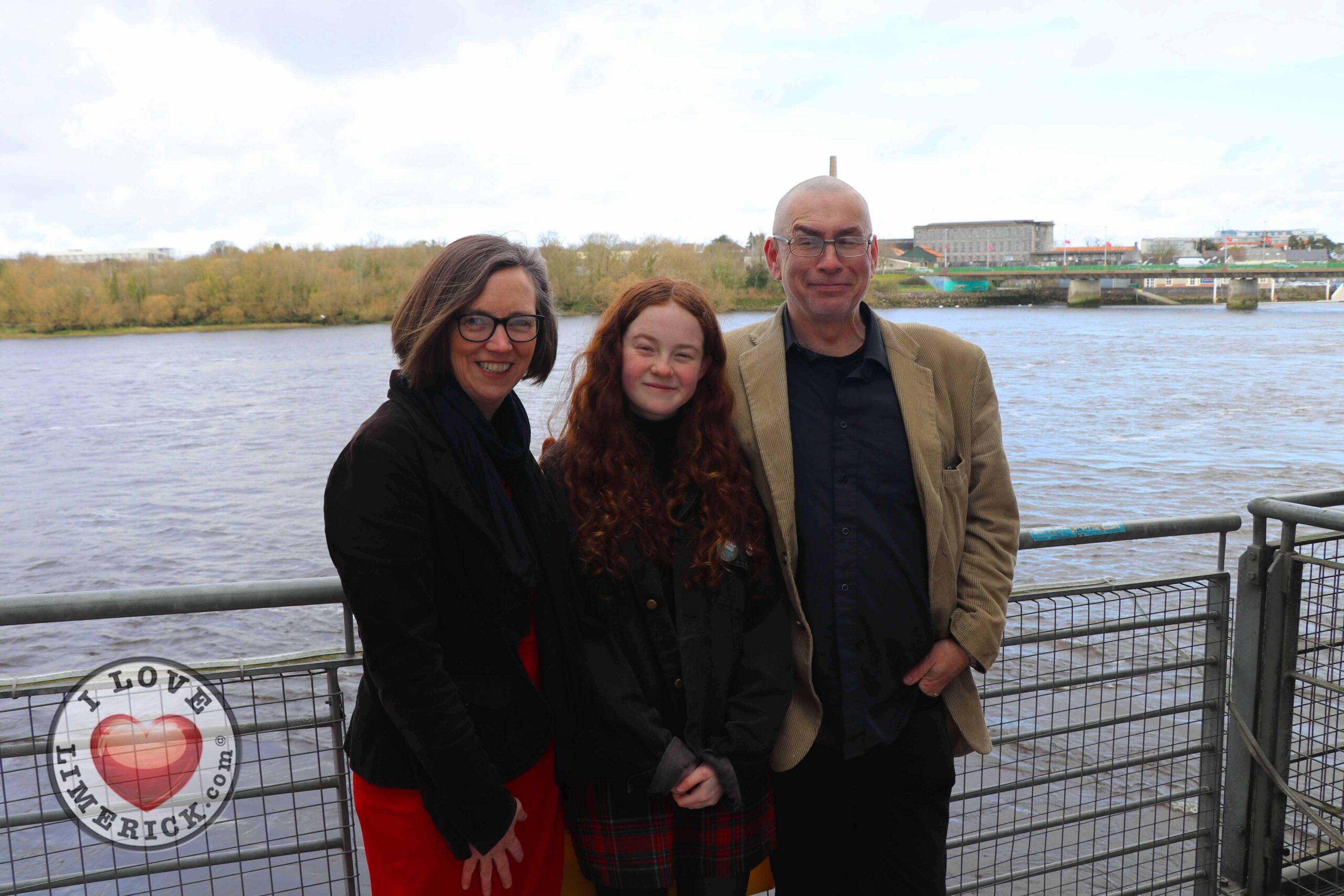 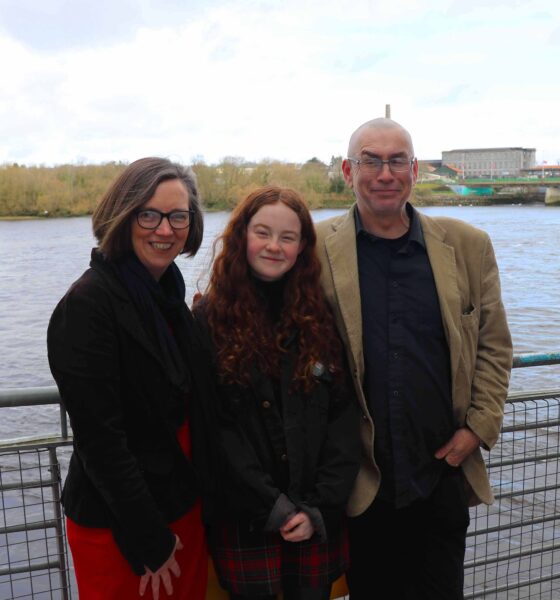 C40 Global Youth – Saoirse Exton has been selected as one of only 14 young climate activists worldwide to be part of the inaugural C40 Global Youth and Mayors’ Forum. Saorise pictured above with her parents. Picture: ilovelimerick 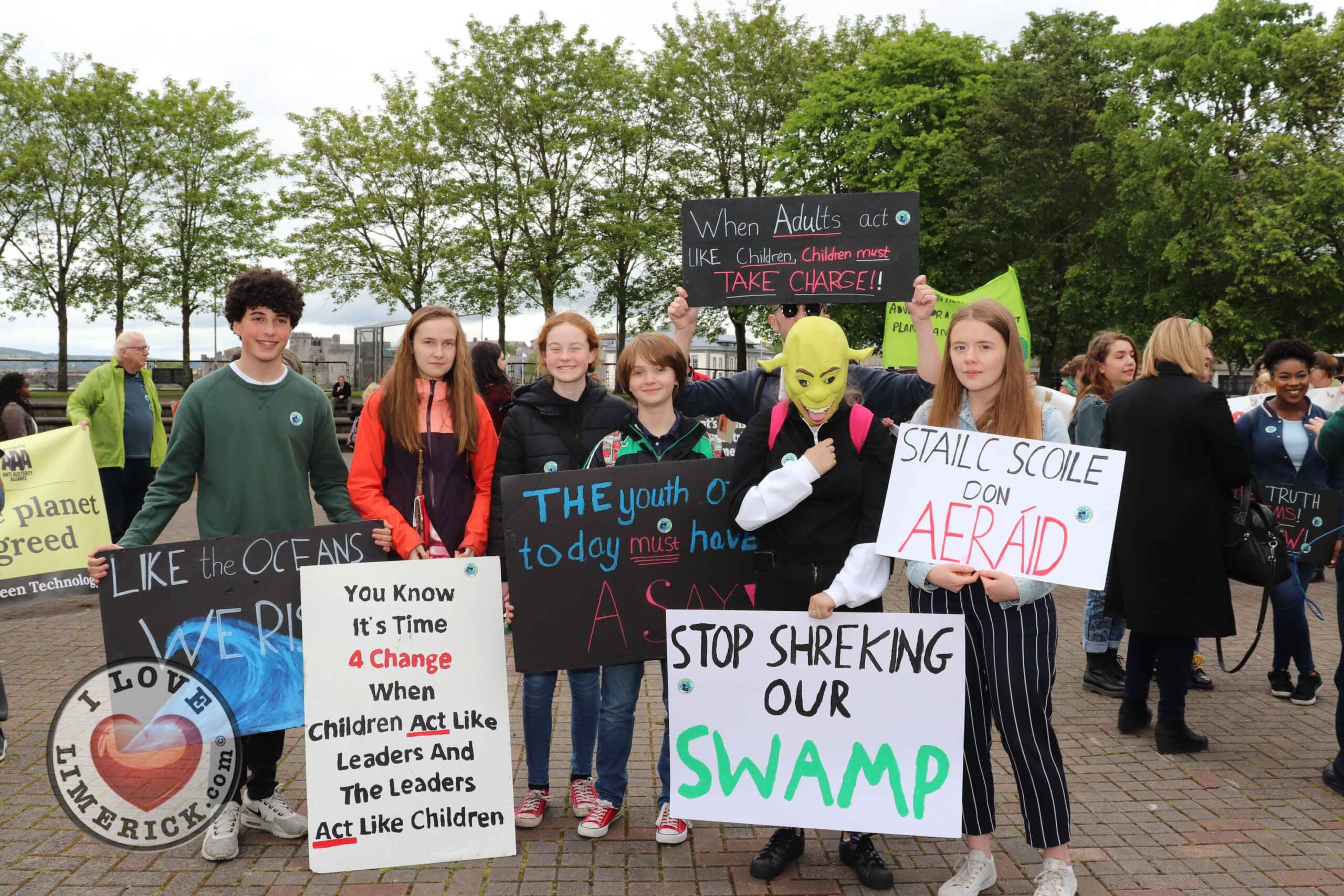 Saoirse (3rd from left) pictured at the Limerick Fridays for Future strike in Arthur’s Quay Park in May 2019. Picture: Orla McLaughlin/ilovelimerick.

Limerick teenager Saoirse Exton has been selected as one of only 14 young climate activists worldwide to be part of the inaugural C40 Global Youth and Mayors’ Forum.

The C40 Global Youth and Mayors Forum is the first-of-its-kind platform that brings together 14 youth climate leaders and 6 mayors to work together over the next year to shape the vision of a Global Green New Deal which can be made a reality in cities across the world.

Sarah Exton a climate activist and schoolgirl has previously won Limerick Person of the Month in 2019 due to her involvement in the Fridays for the Future International Movement.

In February 2019, she founded a local group of fellow climate activists. She organised three major local strikes, spoke to politicians, and was motivated by the powerful force of allies and fellow activists who stood beside her. In August 2019, she attended a meeting of global Fridays for Future activists in Switzerland to discuss climate-related issues, protest, have fun and make decisions about ongoing goals for Fridays For Future Europe.

That week-long adventure taught Saoirse about the power of global solidarity and standing with each other to change the world. Saoirse is also the Equality Officer of the Irish Second-Level Students’ Union (ISSU), working to include intersectionality within the union, and throughout Ireland. She was also selected to be a COY16 Country Coordinator for an international event preceding COP26 in Glasgow, and is a fellow at Civics Unplugged, an United States-based organisation focused on changing the democratic system and by extension the world.

The Gaelcholaiste Luimnigh student then protested every Friday for a year to raise awareness of climate change in solidarity with Greta Thunberg. Saoirse and fellow Fridays for Future Limerick representatives led crowds of over 1,000 people through the streets of Limerick as part of the Global Climate Strike, resulting in one of the largest protests the city has ever seen.

We are thrilled to introduce the first-ever members of the C40 Global Youth & Mayors Forum 🎉 14 amazing young climate activists and 6 mayors from across the world have come together to shape a Global #GreenNewDeal that serves everyone, everywhere. https://t.co/5ulNRMNCg8 🧵👇 pic.twitter.com/teIyxPO7sU

Saoirse believes that unity is the key to overcoming any crisis that affects our planet. She believes that we can come together to create a world that’s better for everyone by recognising our differences and our similarities.

“We’re striking here today because not enough action is being taken by our government locally, nationally or internationally so this is why we are fighting here today,” said Saoirse at the protest.

Hundreds of pupils from numerous schools across the city and county took part in the march. So what is Saoirse’s message for the people of Limerick?

Saoirse added, “I think Limerick shaped me in many ways. I’ve done everything here, I played music here, all my friends are here, I go to school here. You know, it’s a big part of me. I value the history and the culture tied in with everyday life in Limerick.

I really love the way there’s music wherever you go. People are so friendly in Limerick and people are so supportive; coming to the climate strikes every week or even the big ones as well, people are amazing and they’re always ready to work.

I believe that Limerick can embrace the change and can really act on this now. I think we have a progressive mindset here as well. We just need to put that into action and try to work towards making Limerick the best place it can be.”

All of us at I Love Limerick would like to congratulate Saoirse on this incredible achievement!