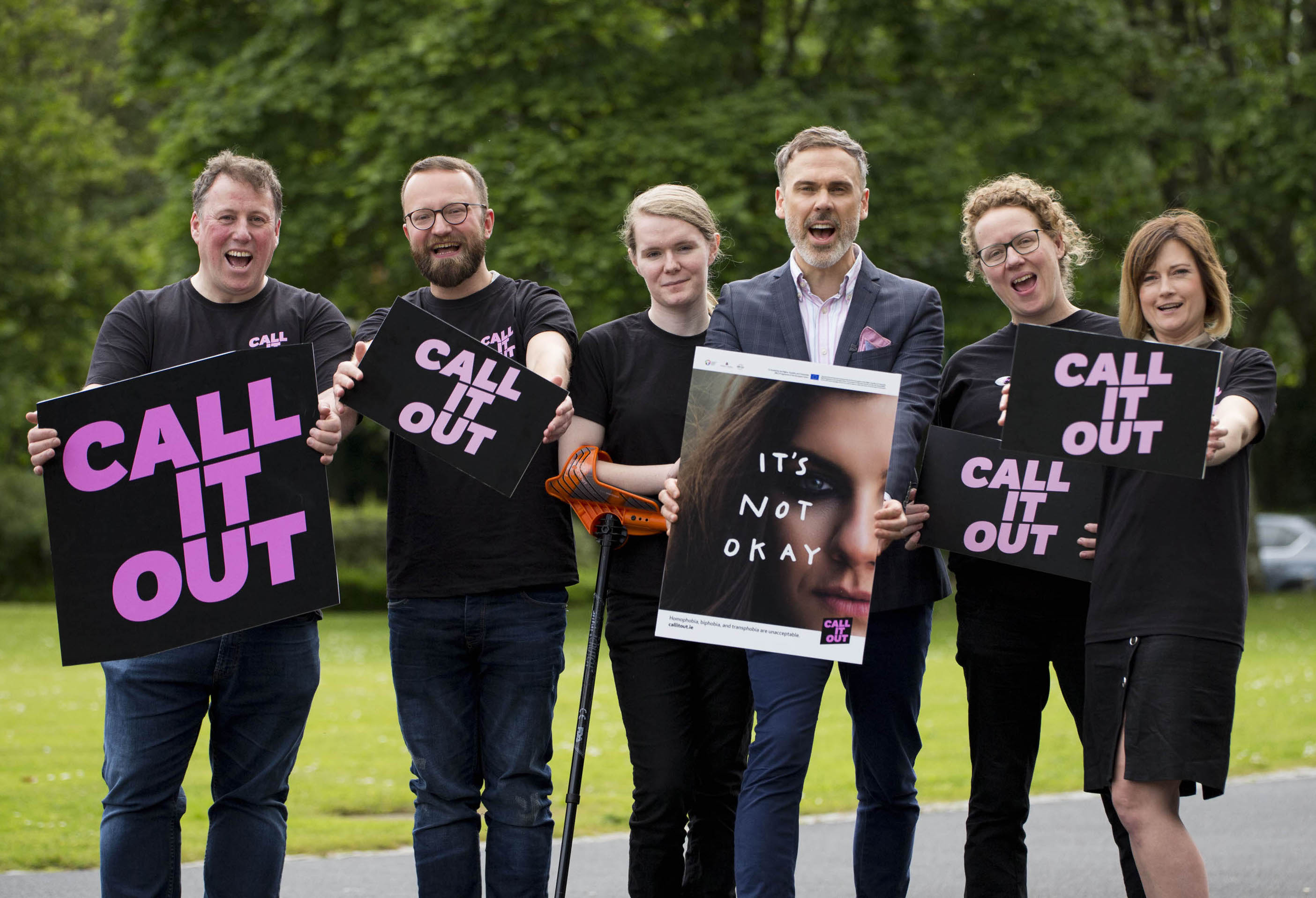 On Thursday, May 30 UL hosted an event for the Call it Out campaign team from Transgender Equality Network Ireland (TENI). Call it Out is a joint initiative of TENI and the Hate and Hostility Research Group at University of Limerick. The initiative aims to highlight and address the harm caused by homophobia, biphobia and transphobia in Ireland.

The campaign was launched on Monday, May 20 by Brendan Courtney, Jack Murphy, Ellen Murray and Maria Walsh.The campaign aims to shine a bright light on the sometimes visible – often hidden phenomena of homophobia, biphobia and transphobia and the corresponding impact on Ireland’s LGBT+ community. The campaign is one of a number taking place across the EU this year.

More than 80% of people who participated in a recent research survey, conducted by the University of Limerick’s Hate and Hostility Research Group, agreed that lesbians and gay men, bisexual people and transgender people should be free to live their own lives as they wish. Respondents also expressed high levels of comfort with having LGBT+ people as neighbours. Of the 1395 people who took part in the survey however, only a minority believe that LGBT+ people in Ireland are at serious risk of violence because of hostility towards their sexual orientation or gender identity. Just over a third of people (36%) believe that violence against the LGBT+ community is “a serious problem” in Ireland.

Despite many positive changes in regards to LGBT+ rights and acceptance, University of Limerick found that the Irish underestimate the on-going problems. Ellen Murray, Spokesperson for Transgender Equality Network Ireland said, “LGBT+ people still live with a background of homophobia, biphobia and transphobia as a result of their perceived sexual orientation or gender identity. “For many, it feels like it is part of being who they are.”

The University of Limerick Hate and Hostility Research Group is led by Dr Amanda Haynes of the Department of Sociology and Dr Jennifer Schweppe from the School of Law. Amanda told ilovelimerick the importance of the campaign, “People significantly underestimate the degree to which violence, harassment and intimidation on the basis of LGBT identity continues to be part of people’s lives in Ireland at the degree to which people modify their behaviour in order to avoid the risk of that type of hostility.”

Pictured at the #CALLITOUT Campaign Event at the University of Limerick are, Ellen Murray, TENI, Richard Lynch, ilovelimerick.com and Dr Amanda Haynes, Co-Director of the Hate and Hostility Research Group at UL. Picture: Alan Place

At the event CEO at TENI Stephen O’ Hare highlighted some statistics including 1 in 3 members of the LGBT+ community have been threatened with physical violence and 1 in 5 have been punched, hit or physically attacked in public due to being LGBT+.

Stephen said, “It is a very important campaign for TENI because it is the first time that we have led a national anti-discrimination campaign that has focused on the LGBT community and we are very proud to do so. We are very proud of the support that we have received from LGBT organisations the length and breadth of Ireland and on the engagement that people have shown in the campaign as it has rolled out. We are particularly grateful to the members of the LGBT community who put themselves forward to feature in the campaign, to tell their story, to talk about their experiences and to share what has happened to them and how they have grown and felt in relation to those things.”

A short film entitled “Have You Ever Felt?” written and directed by award winning filmmaker Kate Dolan and featuring a host of emerging Irish actors from across the LGBT+ community will feature prominently on social media for the duration of the three week campaign.

Richard Lynch, founder of ilovelimerick.com spoke about his own experiences of homophobia in his younger years and how that has affected him throughout his life. Richard said, “I started finding myself in New York, I struggled with drugs and alcohol in my twenties, I am not saying it was directly stemmed from me experiencing homophobia but there was definitely an element of it because even to this day I am still not one hundred percent comfortable with myself or my self-esteem.”

Richard continued, “I love working with people like all of you, you’re great inspirations to me because you are actually walking the walk and talking the talk and ultimately that is what this campaign is about, it is about each individual one of us, it has to start with the individual and a campaign like this cannot be successful if it doesn’t start with each one of us. This is everyone’s campaign.”

The campaign will run until Monday, June 3 and everyone is encouraged to #CALLITOUT if you witness or experience any form of homophobia, transphobia or biphobia. After the campaign let’s keep the conversation going.

For more information about the campaign visit visit 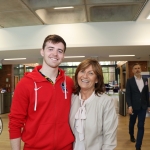 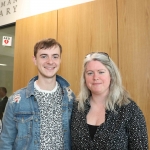 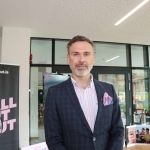 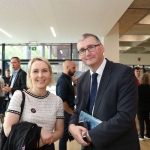 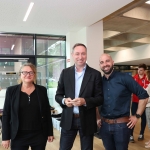 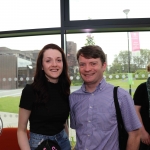 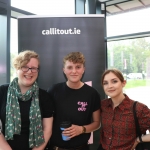 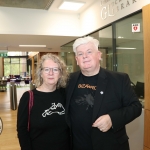 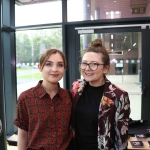 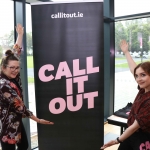 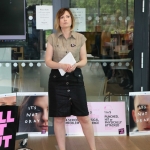 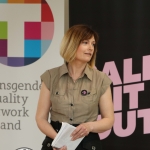 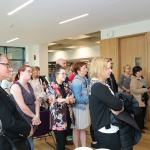 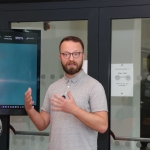 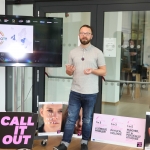 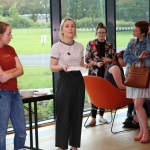 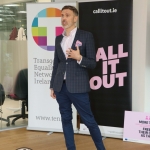 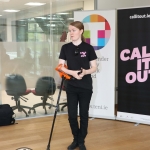 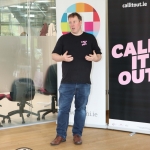 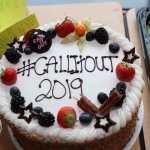 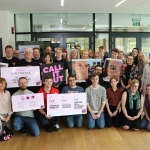 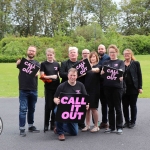 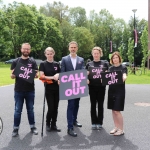 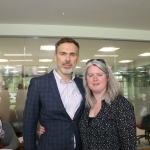 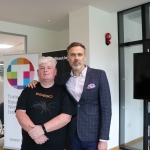 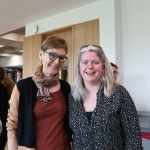 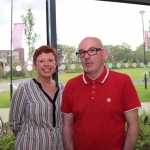 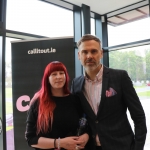 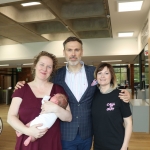