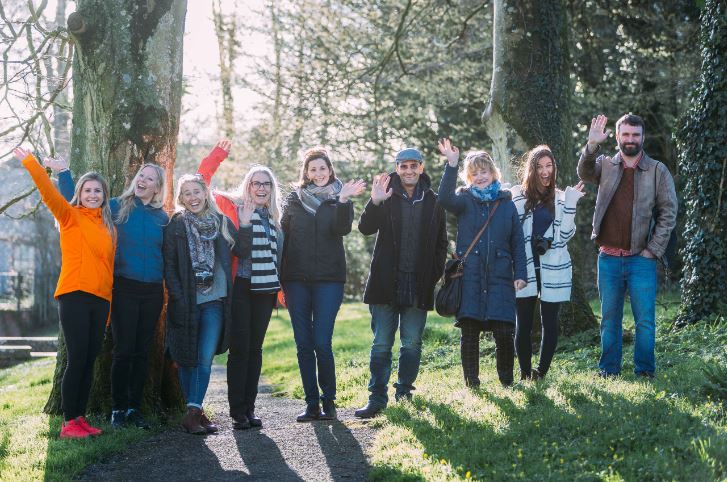 Six popular Canadian influencers and travel journalists from Canada are visiting Limerick this week. The group – which includes journalists from a travel magazine and daily newspaper – was invited here by Tourism Ireland, in conjunction with Fáilte Ireland and Air Canada.

The visiting group flew to Dublin on the Air Canada flight from Montreal, launched in 2018 – so, the visit was a good opportunity to highlight ease of access to Ireland for people living in Québec.

Some of the highlights from their action-packed trip included dinner at Azur restaurant and an overnight stay at the Limerick Strand Hotel.

Tourism Ireland undertakes a busy publicity programme each year, to raise the profile of the island of Ireland; this year’s programme will generate positive coverage about Ireland in Canadian media outlets worth more than €10 million.

Dana Welch, Tourism Ireland’s Manager Canada, said: “The articles and social media accounts of these journalists and influencers are extremely popular, so their visit is a really good opportunity to showcase Limerick, the Wild Atlantic Way and Ireland to a wide audience of prospective Canadian holidaymakers. Their articles, posts and photos about Ireland will be seen and shared by their readers and followers – inspiring them to come and explore the destination for themselves.”

Tourism Ireland has an extensive programme of promotional activity under way in Canada this spring. This includes an online advertising campaign – with Tourism Ireland’s new ‘Fill Your Heart with Ireland’ video and ads running on sites like CBC, Discovery Channel and The Weather Network, as well as ads on TripAdvisor. The campaign also includes a partnership with BBC – with articles about Ireland’s craft and culinary scene, as well as the ancestry connections between Ireland and Canada, running on the BBC website in Canada. Campaigns with all of the airlines that fly to Ireland from Canadian gateways, as well as with leading Canadian tour operators, are also under way. These campaigns are focused on driving business outside the high season months.

Related Topics:canadaTourismTourism Ireland
Up Next