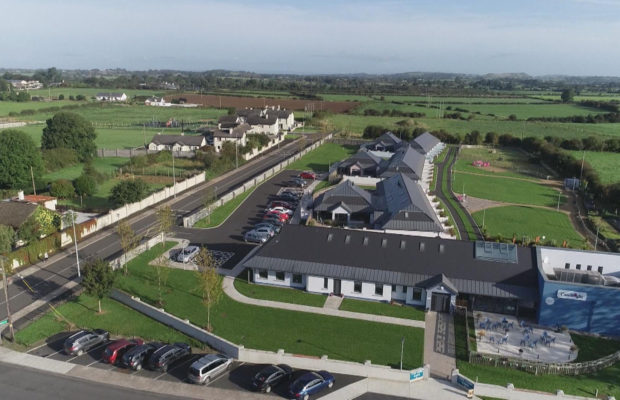 CareBright Community is one of a kind purpose-built community for people living with dementia in Ireland.

Nationwide paid a visit to Bruff, Co. Limerick to celebrate CareBright Community’s first year in business, serving those with dementia in the community.

CareBright Community is Ireland’s first purpose-built community for people living with dementia. They are a social enterprise and is non-profit, providing home care in the community since 1998. CareBright Community’s headquarters are located at Ardykeohane in Bruff, County Limerick. The CEO of CareBright is Colette Ryan, and it is governed by a voluntary board.

There are currently 55,000 people diagnosed in Ireland with dementia and that number is expected to double by 2036. Following that information, there will be a need for facilities similar to CareBright Community in the not so distant future.

Majella Murphy, CareBright Business Development Manager, spoke about how she, “believes that there is a pressing need to replicate this person-centered model of care for people living with dementia throughout the country.”

The Community comprises of 3 bungalows, each with 6 private living spaces and communal living, dining, kitchen, and utility. This project spans a 4-acre site with kitchen and sensory gardens along with an animal farm. The community currently has 3 spaces currently remaining.

CareBright comes in under the Fair Deal Scheme, which provides financial support to those who are in long-term nursing home care. 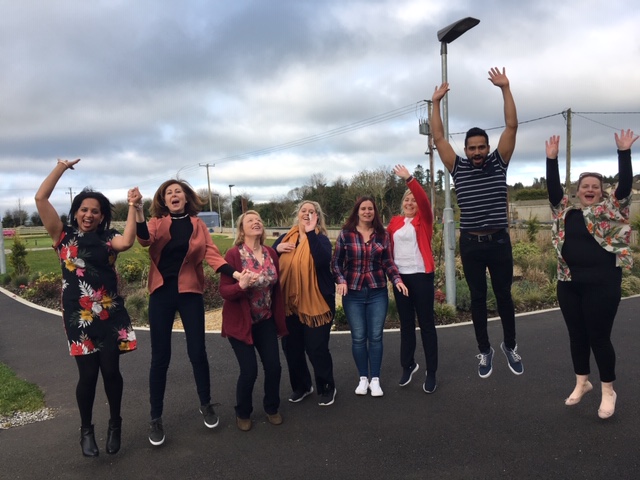 The staff of CareBright Community, located in Bruff, Co. Limerick.

CareBright moved to Bruff in 2017 and opened its doors to the public in March 2018 and have since increased footfall in the town of Bruff. The centre also increased employment by creating 30 jobs. CareBright has made significant positive changes to the town of Bruff, having completely enhanced the landscape. The site that the Community is built on was previously home to MicroTherm, which remained vacant for many years.

This was not CareBright’s first encounter with RTE, as they also featured on At Your Service with the Brennan brothers back in June of 2019.

The Yarn Café Bruff is located within the Community and is open 7 days per week. Recently, the café was nominated in the ‘Best Newcomer’ category, in the Irish Restaurant Awards 2019. The Yarn Café opened to the public back in November 2018.