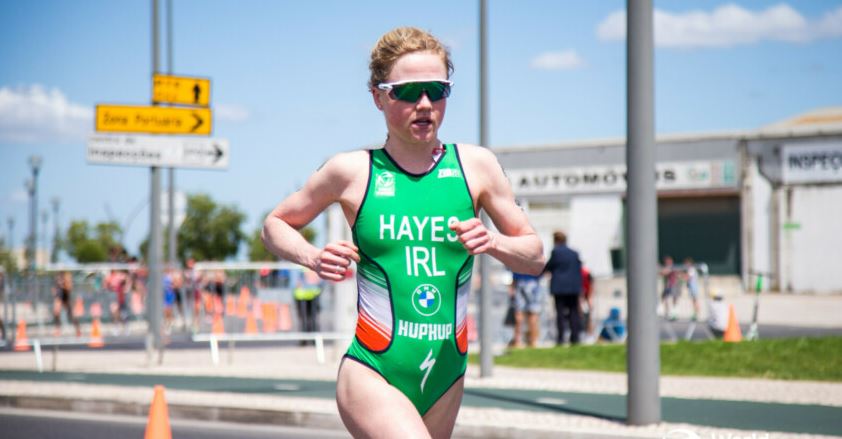 Carolyn Hayes has taken a massive stride towards qualification for the Tokyo 2021 Olympic Games after having the best Irish female performance in triathlon in almost 10 years.

Limerick woman Carolyn Hayes has taken a massive stride towards qualification for the Tokyo 2021 Olympic Games after having the best Irish female performance in triathlon in almost 10 years.

Thirty-three-year-old Hayes finished second at Sunday’s Triathlon World Cup in Lisbon, Portugal, behind double Olympic medallist Nicola Spirig of Switzerland. This result is the first time an Irish woman has stood on a World Cup podium since Aileen Reid’s silver medal back in 2013.

This result all but guarantees her participation at Tokyo 2021, with only a couple of races left in the qualifying round.

The Newcastle West woman took the lead as the field transitioned from the 40km bike leg to 10km run and only resigned to 2nd place in the closing 1,500m.

Hayes completed a dismount from the bike and flew through transition in the quickest time in just 22 seconds and went out on to the 10km run in first place. Hayes was almost 20 seconds clear of the field at one stage.

Carolyn Hayes after the race said: ““I just want to go to the Olympics, I hope it’s enough. I’m a bit pissed that I lost it on the last lap but there are worse people to come second to.”

“I have worked really hard like everyone throughout the last year and half, I am very confident on the bike so knew if I stayed and it came down to a running race that I would be ok. I think everyone is racing thinking ‘I want to go to the Olympics’ so you just have to keep digging in and I was just so determined.”

With just four races left to go before the Olympic qualifying period for triathlon closes, Triathlon Ireland’s Performance Director Stephen Delaney said the result all but guarantees Hayes’s place in Tokyo. “Today’s performance makes it really difficult for anyone else who’s chasing Carolyn. Anybody who wants it now, has to go out and outperform what Carolyn did today.”

Related Topics:Carolyn Hayes
Up Next