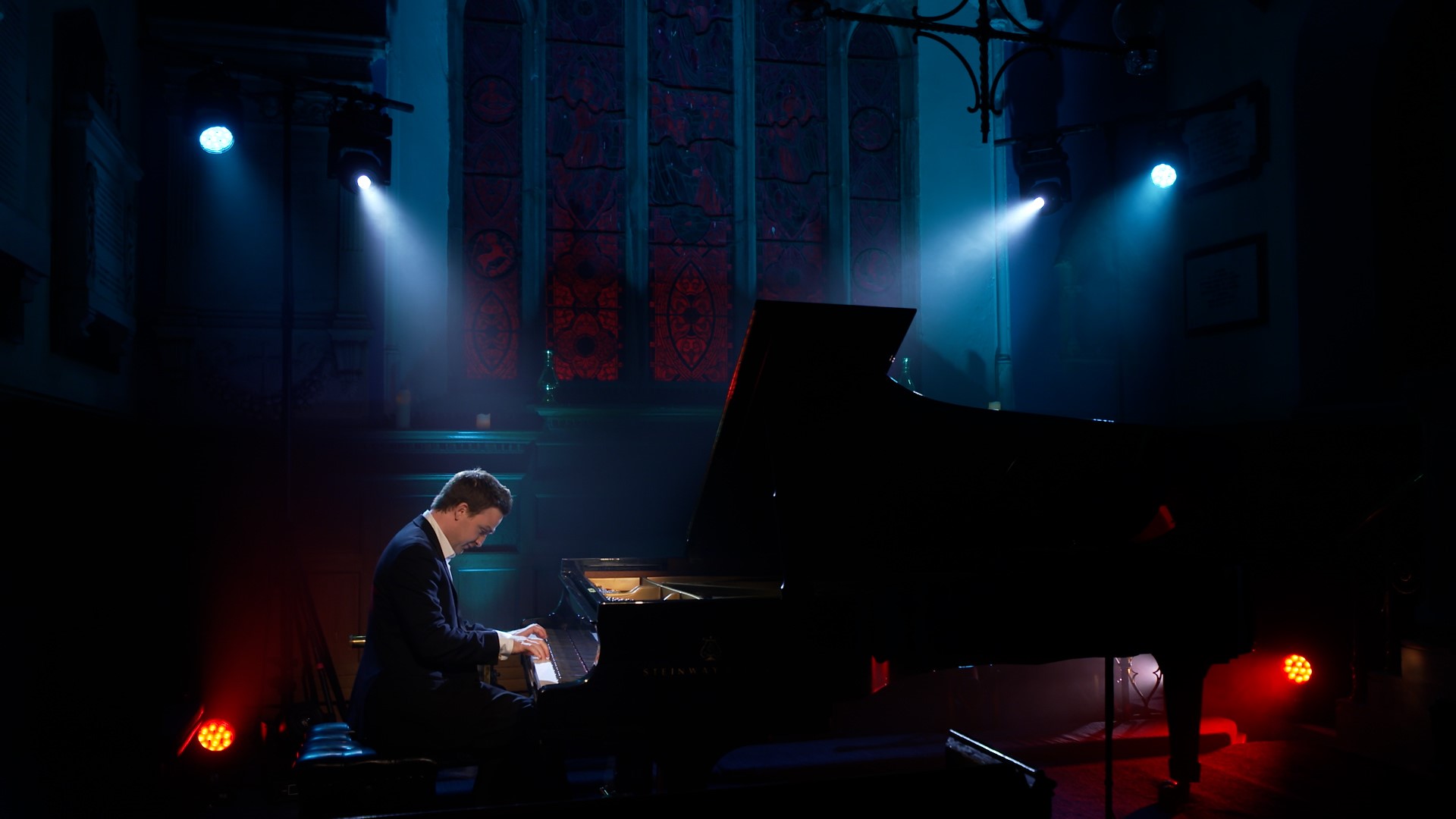 A live audience is to return for one of this year’s Castleconnell Autumn Concert Series 2021 in the wonderful surroundings of All Saints Church in the beautiful County Limerick village.

After the series going all virtual in 2020 due to COVID-19 guidelines, this year sees the return to live performances, albeit only one of the three scheduled concerts.

The first two concerts performed by Cahal Masterson, and Annette Cleary and Réamonn Keary will be available to watch on Limerick.ie.

While the third concert by the Navarra Quartet will welcome back a live audience to All Saints Church for the first time since 2019.

All concerts begin at 8pm.

The Castleconnell Autumn Concert Series is presented by Limerick City and County Council’s Arts Office, in partnership with Love Castleconnell, with the support of the Arts Council and Creative Ireland.

Dr Pippa Little, Arts Officer with Limerick City and County Council said, “Despite the tumultuous events of the past year and a half, the Castleconnell Series has continued to grow and flourish with superb online video recordings of recitals, made possible through collaboration between Limerick City and County Council and Creative Ireland, through the support of Arts Council Ireland. It will be wonderful to welcome back a live audience for the final concert in the series. This new format has also enabled the broadcast of Castleconnell concerts on RTÉ lyric fm, as part of The Full Score show.”

They will be presented by Liz Nolan of RTÉ lyric fm, “As always, it’s a great pleasure for me, to present at these concerts: online performances by Belfast pianist Cahal Masterson, and the cello/ piano partnership of Annette Cleary and Réamonn Keary, with verse reading by iconic actor Barry McGovern. While in November, the acclaimed Navarra Quartet give a live recital! As always, thanks and congratulations to Dr. Pippa Little and the team at Limerick City & Co. Council Arts Office for their curating of the Castleconnell Series- let the music begin!”

In addition to being able to view the series online or in person, Limerick City and County Council’s Arts Office is delighted to work with RTE lyric fm again in broadcasting the concerts on The Full Score Programme with Liz Nolan, which is on every weekday 1-4pm

The two online concerts are free of charge, with tickets for the live concert costing €15 (Concession €10). Online pre-booking is recommended via the Box Office at the Lime Tree Theatre HERE | Tel 061 953400

Live audience to return for the Castleconnell Autumn Concert Series!

The first two concerts will be available to watch on https://t.co/X88qCMftfY and the third concert will welcome back a live audience to All Saints Church for the first time since 2019https://t.co/ph1vLgkJEG pic.twitter.com/LyRWtt7W4z

Tune into the Castleconnell Series on The Full Score on RTÉ lyric fm on:

Award winning Northern Ireland pianist Cahal Masterson has performed extensively as a soloist, vocal repetiteur and chamber musician globally. In 2018 he recorded his inaugural album Transition at Sono Luminus Studios in Boyce, Virginia, releasing this debut record with a series of performances in Washington D.C, and Toronto, Canada. Upon completion of four years postgraduate study in North America he returned to Europe to perform again for home audiences, and has since given recitals throughout Ireland and the UK.

Cahal was featured in the Belfast telegraph for his 2019 home-coming concert tour and again recently leading up to his performance at Belfast International Arts Festival this October where he joined forces with Dublin mezzo-soprano Gemma Ni Bhriain and Cork cellist Yseult Cooper-Stockdale.

In 2020 Cahal was awarded an Emerging Artist Platform with Moving on Music and on this programme was introduced to Irish composer Anselm McDonnell. McDonnell wrote a new piano suite “Ceaselessly Into The Past” which Cahal subsequently recorded for the composer’s debut album and the live premiere of the suite was given at the album release this October at Queen’s University Belfast.

During the suspension of live performances Cahal was involved in numerous digital collaborations such as establishing a home concert series and recordings with the Ulster Orchestra, including a chamber recording of Beethoven Spring Violin sonata with co-leader Iona Petcu-Colan.

Picking up on his 2019 outreach initiatives for secondary school music students, throughout Northern Ireland he will deliver a project with Music for Galway this November, geared towards primary school children. Recent performances include those given at the Hugh Lane Gallery Dublin, as well as Limerick, Drogheda and Belfast, and upcoming performances are due in both Galway and Sligo.

Cahal is a graduate of Shenandoah University, USA, The Glenn Gould School, Toronto, Canada, and the Royal Irish Academy of Music, Dublin.

Pictured above is Cahal Masterson

Annette is a prizewinner of International competitions in Europe and the U.S. and has performed as soloist with many orchestras, including the Sűdwestfunk Orchester, RTE Concert Orchestra and the National Symphony Orchestra. In 1989 she toured Europe and Russia with the Schleswig-Holstein International Orchestra conducted by Leonard Berstein. Annette has performed solo recitals and television broadcasts internationally, including a Southern African tour and five tours of Japan. In Ireland she has performed at major festivals and venues around the Ireland and has acted as jury member for the Bucchi International Chamber Music Competitions in Rome.

She plays as guest principal cellist with the National Symphony Orchestra of Ireland and performs recitals regularly in Ireland. Recently, she has attained a Doctorate in Music (DCU) and is recording contemporary Irish works for cello.

Réamonn Keary studied piano with Gerard Shanahan in Limerick, John O’Conor at the Royal Irish Academy of Music in Dublin and, on receipt of an Austrian Government Scholarship, with Leonid Brumberg in Vienna.

Réamonn is a highly regarded chamber musician and has performed and recorded with many of the country’s top instrumentalists. He has appeared as a soloist with RTE Concert Orchestra and performed recitals in the UK, Berlin, Beijing and Shanghai. Over the years he has programmed and performed in numerous chamber music concert series which he built around the music of individual composers, among them Poulenc, Brahms, Schubert, Berwald, Chopin and Debussy. He has championed the music of contemporary Irish composers and has brought many world premier performances to the stage.

Réamonn is closely associated with the RIAM’s Local Centre examination system, having served as the Chairman of the Senior Examiners for many years. In association with RTE Lyric FM his Piano Keys podcast series won second place in the New York Festivals International Radio Awards in 2012. He is also much in demand as an adjudicator and was a jury member of the Dublin International Piano Competition in 2006 and 2009.

He is currently in the process of recording and editing a new edition of the piano works of Fanny Robinson, the RIAM’s first female professor of piano.

The London based Navarra Quartet has built an international reputation as one of the most dynamic and poetic string quartets of today. Selected for representation by YCAT (2006-10), they have been awarded the MIDEM Classique Young Artist Award, a Borletti-Buitoni Trust Fellowship, a Musica Viva tour, and prizes at the Banff, Melbourne and Florence International String Quartet Competitions.

Looking forward to the new season, the Navarra Quartet will be touring to Ireland, Scotland, Spain, and their festival in Weesp (Holland) focusing on eclectic repertoires containing Mozart, Bartok and Dvorak quartets, as well as new commissions dedicated to the group. Navarra Quartet will be recording Edward Gregson’s complete chamber music for strings and the first volume of the Mozart Celebrated String Quartets.

The Navarra Quartet would like to express a great debt of gratitude to the Kersjes Foundation for their generous prize, to their agency Rayfield Allied for their continuous support and to all their followers and audience whom they welcome wholeheartedly to the upcoming concerts.

Pictured above is Navarra Quartet