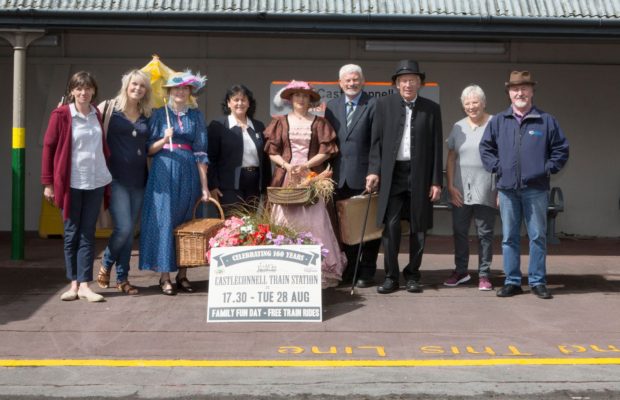 With Compliments. Celebrations are on hand to recognise that Castleconnell Train Station will be 160 years young this year. The mini-festival will take place in the station on Aug 28. Photo Liam Burke/Press 22

A special train will take a trip between Castleconnell and Birdhill, there will be entertainment for all the family and local railway historian, Joe Coleman will give details of the railway’s rich history in east Limerick. 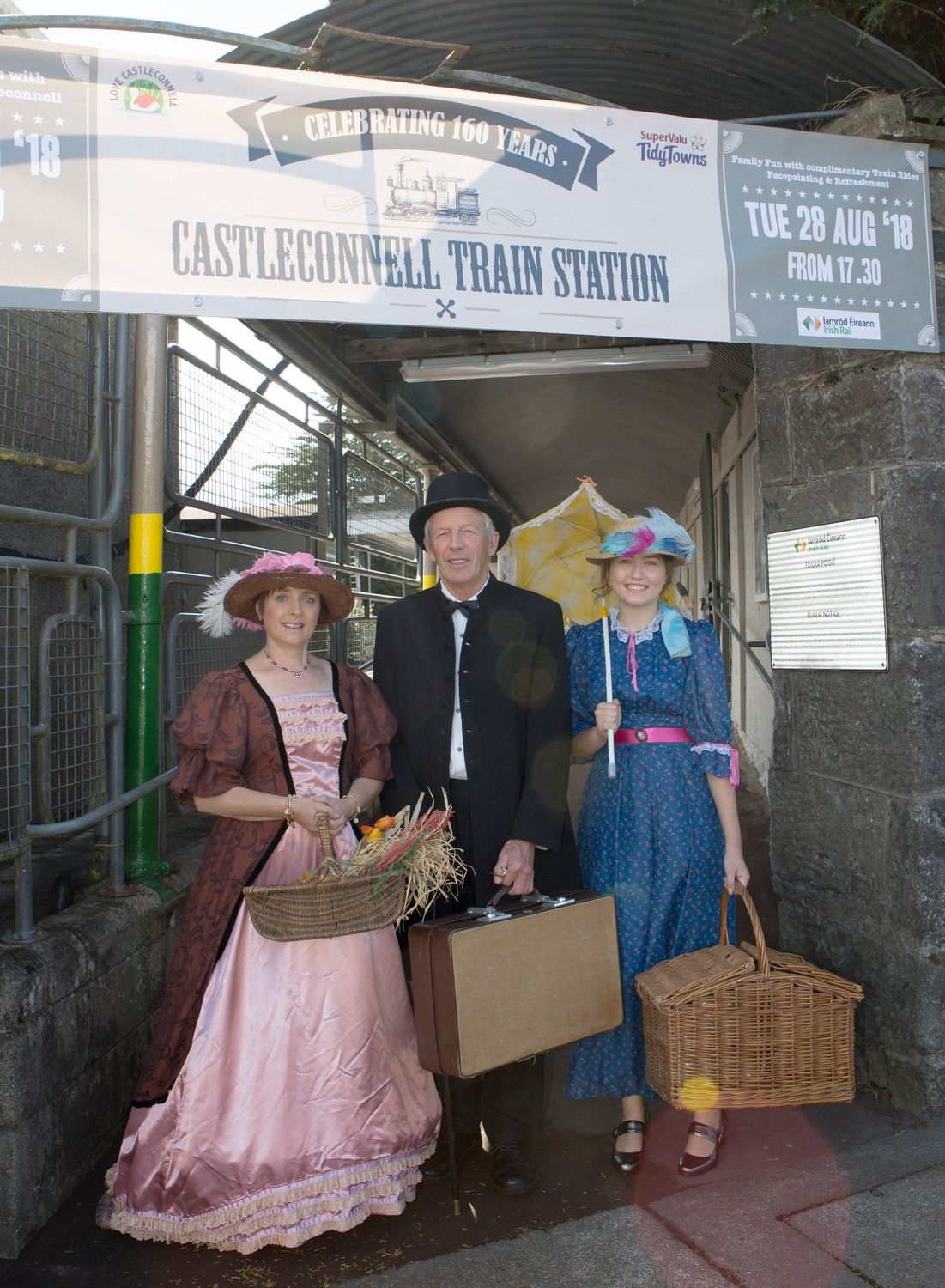 With Compliments. Celebrations are on hand to recognise that Castleconnell Train Station will be 160 years young this year. The mini-festival will take place in the station on Tues Aug 28th. Attending the launch recently were Leslie Hartigan (centre) and Margaret and Megan Freeney. Photograph Liam Burke/Press 22

The train will leave Colbert Station at 17:00hrs. It will call at Castleconnell and depart there for Birdhill at 17:30hrs and will return to Castleconnell for speeches and refreshments and it will depart again for Colbert station at 19:55hrs.

The first passenger train arrived in Castleconnell Station on that day in August with the service extending to Birdhill the following year. Soon the number of trains coming into the station increased and it became necessary to build a signal cabin which was constructed only a few years after the railway station opened.

The Castleconnell Railway Station at the time was described as the heart of Castleconnell. All day, every day, goods would arrive at the station on one side and passengers on the other. The station at night was meant to be magic when the glow of the Steam Engine could be seen in the distance.

Nowadays, people travelling from Castleconnell Station can get the morning commuter train, leaving their cars in the car park and bringing them to either Colbert Station in Limerick City or to Birdhill or Nenagh. This service was introduced on September 1, 2008.

Join the members of the Castleconnell community for a historical, celebratory and family evening of music and entertainment in the beautiful village of Castleconnell. All are welcome at what promises to be a really special event.