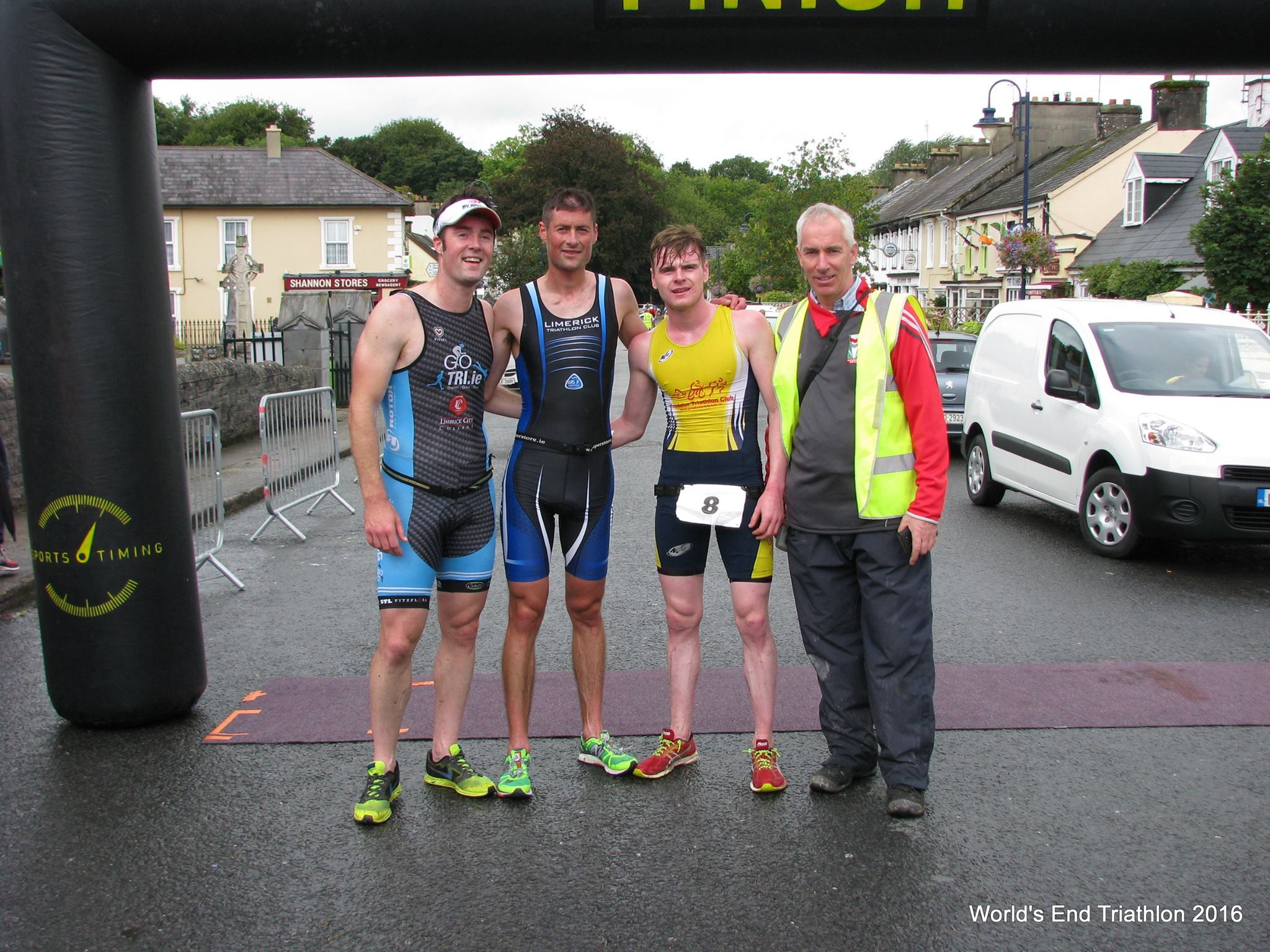 A Wet Weekend All Round at the Castleconnell WorldsEnd Triathlon

Despite the weather, the event, now in its seventh year, was well attended, with Limerick Live 95 keeping the competitors and supporters well entertained with their Roadcaster Team.

The event, which is a favorite in the triathlon calendar, is made up of a 750m River Shannon swim, a 20km cycle via Birdhill and a 5km run around the beautiful village of Castleconnell. There is also a ‘tri-a-tri’; with a much shorter swim, for those who are dipping their toe in the increasingly popular sport.

In the men’s category, the race was won by 31-year-old, Colm Turner, who finished in a time 1:01:50. Colm performed superbly in the run and cycle, placing first in both. In the swim, he lost some time, placing 5th in his age category, but his combined times sealed the deal on the day. In the junior category, 18-year-old Joe Tannian from Galway won out in a time of 1:03:44 and in the over 40’s, Stephen Teeling Lynch topped the list with an overall time of 01:05:03 with a superb swim time of 10 minutes twenty seconds, just five seconds behind Joe Tannian beating all others in his category and placing fourth overall.

Murna Griffin of Limerick Triathlon took first place for senior women, performing strongly in all stages with a time of 1:14:08. She was followed in second by Eileen McNamara in a time of 1:14:46 and Bronagh Le Gear (a familiar face at Limerick Swim Club) in 1:19:50. Bronagh’s swim time of 10:38 was the fastest female of the day, and the fifth fastest swim overall.

The Castleconnell WorldsEnd Triathlon has developed a reputation for being one of the best run and marshaled triathlons on the circuit, which makes it a superb day out even if the weather doesn’t co-operate.

The annual Castleconnell WorldsEnd Triathlon fundraising event is thanks to a team of Castleconnell supporters and volunteers and is all in aid of the local rowing club, which is still feeling the damage of months of flooding last winter. With interest in rowing at an all time high, sparked no doubt from the O’Donovan brothers Olympic Silver medal success at Rio, Castleconnell Boat Club is delighted to have raised much needed funds for the small club.

For a full report of all results click here.