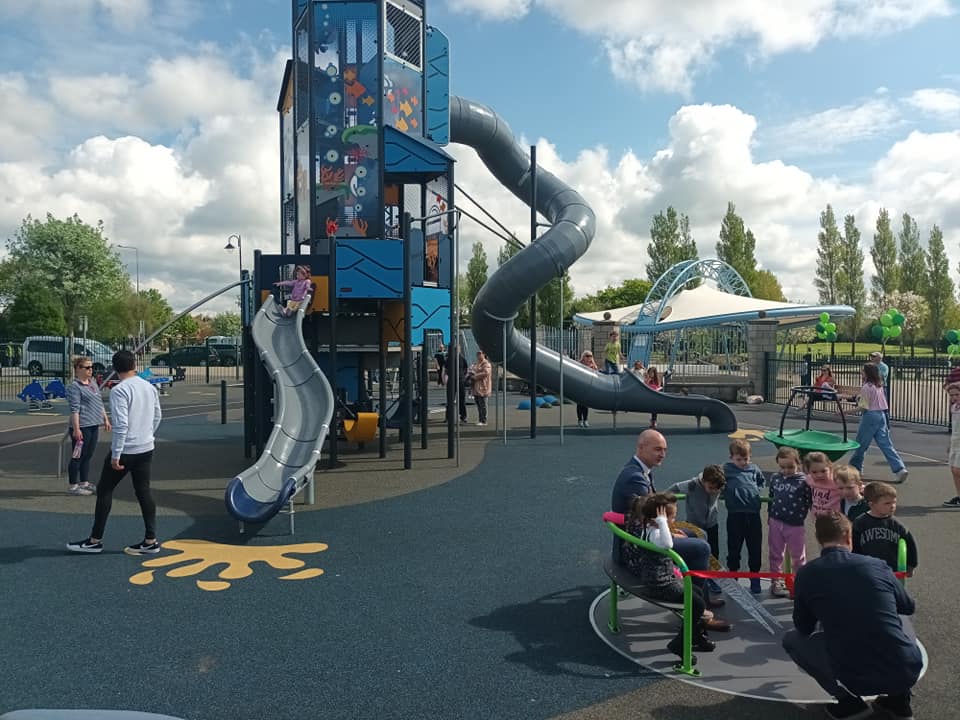 Castletroy Park Upgrade – The expansion of the playground includes the construction of a multi-use games area for several sports.

Last November, Castletroy Park received an allocation of €350,000 for upgrades to its playground.

The modernisation of the play area involved expansion, making it three times its previous size.

The upgrade included the construction of a multi-use games area for sports such as football, basketball and tennis. In addition, the playground was complemented with better drainage and lighting.

A protective perimeter fence was installed and a range of new play and exercise equipment, furniture and resin-bound surfacing were all added as part of the upgrade. An autism-friendly communication board is also on site.

The playground was reopened to the public in a ceremony led by Mayor of Limerick City and County, Cllr Daniel Butler.

“I am very proud of this park facility, having worked to secure funding from Limerick Council and see it constructed in 2008. I continue to work, along with others, to enhance the offering here at Castletroy Park,” said TD Kieran O’Donnell at the re-launch of the playground.

The Castletroy Park upgrade will be extremely beneficial to the Castletroy area and will allow families and children to gather recreationally in a state-of-the-art playground for years to come.

Related Topics:Castletroy Park
Up Next