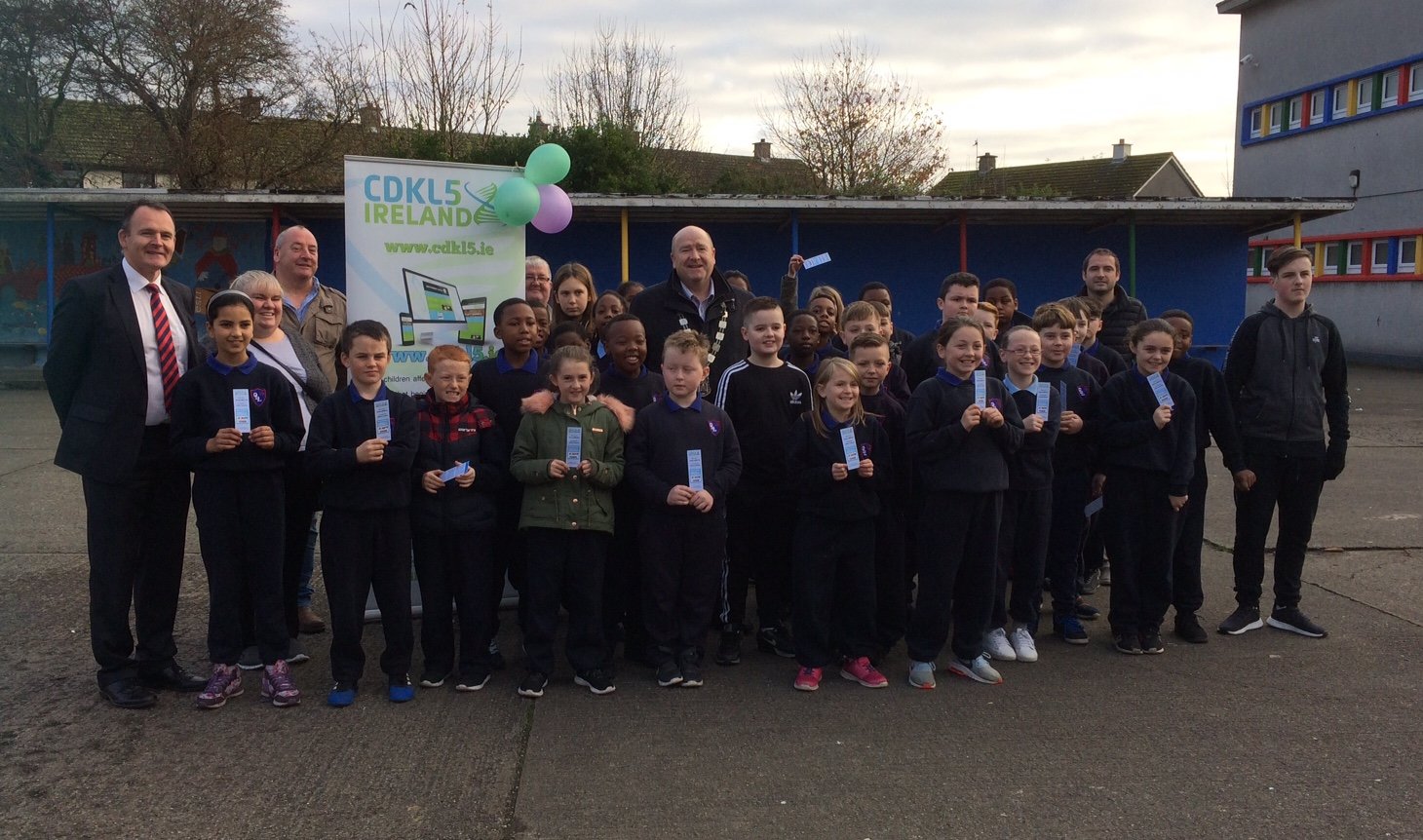 Mayor of Metropolitan District Sean Lynch pictured at the CDKL5 Awareness Event 2017 Part Two along with pupils from Our Lady of Lourdes Primary School.

The CDKL5 Awareness Event 2017 Part Two took place at Our Lady of Lourdes Primary School last week. The school was a busy hive of activity while the children got to take part in face painting, planting in the garden, play a game of bingo and compete in penalty shootouts. All in the name of CDKL5. Also Sean Lynch, Mayor of Metropolitan District, made an appearance at the CDKL5 Awareness Event 2017 Part Two and even took part in the penalties! Everyone in the audience received a CDKL5 bookmark.

Some of the pupils of Our Lady of Lourdes Primary School getting their hands dirty.

Thanks to HSCL co-ordinator Siobhan McKenna for helping to organise the CDKL5 Awareness Event 2017 Part Two and to principal Mr Peter Jennings for giving the go-ahead for it. Thanks also to Bill and Deborah Phillips, Shane Stewart, Katherine Kirby all the parents and teachers and STEPS SCP staff Samantha, Martin and Kay who helped organising all the activities.

Maia Malone, a girl of 10 years of age who suffers from the condition, popped in to say hello to everyone with the help of her dad, Brendan. Maia was diagnosed with the condition when she was 4 years of age. At the time there were only about 200 known patients with the diagnoses around the world. Since then awareness has spread among doctors and families, and more children are being diagnosed at an earlier stage all the time. Currently, the estimate is that there are somewhere around 1000 patients with the condition around the world.

Awareness raising is the main reason for the CDKL5 Awareness Event 2017 Part Two. Jonna, Maia’s mum believes that by spreading the word about rare conditions such as CDKL5 more people hear and learn about them, and diagnoses can be established earlier and earlier.

If you would like to learn more about CDKL5, you can do so by going to the irish webpage cdkl5.ie.

Related Topics:awarenessCDKL5CDKL5 Awareness Event 2017
Up Next

The Decorate to Donate campaign in aid of NOVAS returns