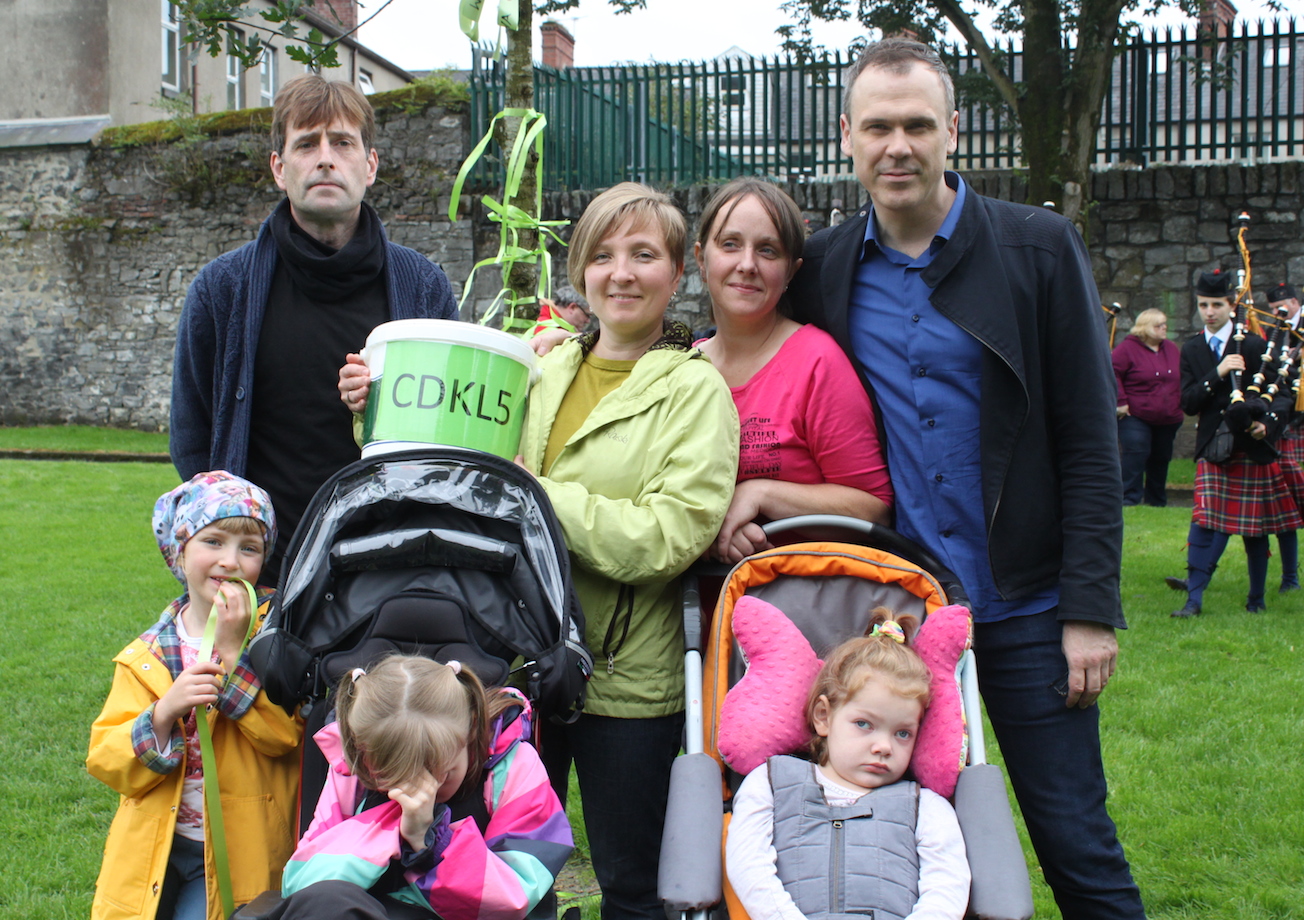 The CDKL5 Campaign 2017 is taking place this October and November to raise awareness of this rare neurological condition as well as raise some funds towards research for a cure. The CDKL5 walk has taken place over the last four years however this year the organisers have decided to change it up and do something different this year.

This year the CDKL5 Campaign 2017 will be split into two events. The first is a free health and awareness morning which will take place on Wednesday, October 11th from 11-1pm at Garryglass House. Here people will get to sample auricular acupuncture, nail care, a beautician and you will also be able to you’re your blood pressure taken. There will also be information available about CDLK5, refreshments and nibbles will be available and you can get your photo taken in the CDKL5 photo booth.

The second event is an awareness morning that will be taking place in Our Lady of Lourdes Primary School on Friday, November 17th. There you can plant bulbs in the school garden in honour of CDKL5 children. There will be a penalty shootout with medals and face painting for the kids too.

Maia Malone, a 10-year-old girl from county Limerick suffers from this rare neurological disorder. As a result of the condition Maia has severe daily seizures, which are not tamed by medication, she also suffers from gastrointestinal problems, visual difficulties, sleep disturbances, apraxia, bruxism, and she cannot talk or look after herself. Maia needs around the clock care by her family and those around there.

Jonna Malone, Maia’s mother spoke about creating awareness for the event “Currently in Ireland we know that there are only 6 or 7 children with the condition. It was hard to get the diagnosis and in our case, Maia was 4 by the time she was diagnosed. Before then it was just a diagnosis, there is no cure and no treatment to cure her but the diagnosis has helped us develop knowledge of what we are dealing with. By increasing the awareness I hope that other children will get a diagnosis quicker and it will be easier for families.When more people know about the condition it might be easier to have the diagnosis received quicker for other children.”