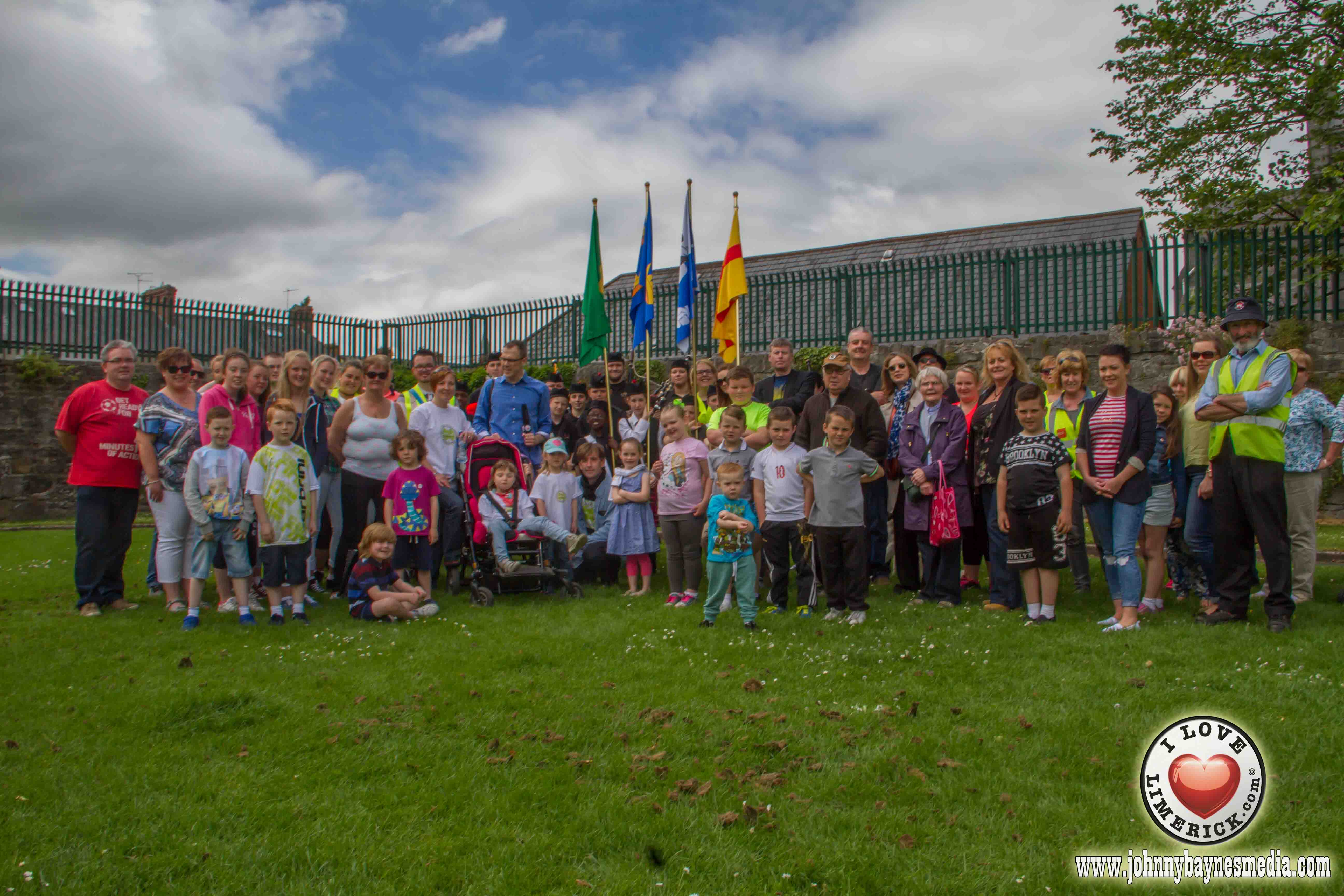 The third annual CDKL5 Charity Walk 2015 took place today, Saturday June 20. The aim of the walk was to raise awareness of this rare neurological condition as well as raise some funds towards research for a cure.

Maia Malone, an 8-year-old girl from county Limerick suffers from this rare neurological disorder. As a result of the condition Maia has severe daily seizures, which are not tamed by medication, she also suffers from gastrointestinal problems, visual difficulties, sleep disturbances, apraxia, bruxism, and she cannot talk or look after herself. Maia needs around the clock care by her family and those around there.

The day was a huge success, a crowd gathered at Limerick’s People’s Park and there was a performance by CBS Pipe Band, who lead the walk out of the park.

Speaking at the event Maia’s Mum, Jonna said: “By raising awareness we are hoping that when people know more about CDKL5 and more doctors hear more about it, other children will get to be diagnosed sooner than Maia, Maia was four years of age before she got the diagnosis. The diagnosis has helped us to understand Maia’s condition a bit better.”

“We are raising a little bit of funds today but that is not the main point of today, today is about awareness raising but the funds that are raised will go towards research for the condition. In Europe, they are doing very positive research about protein replacement therapy that maybe will be a cure for the condition, at the moment there isn’t one; but in time. Any money raised today will go towards funding the research.”

This year the event started by the planting of a shrub in People’s Park to mark the occasion and in honour of all the children in Ireland suffering from CDKL5. The hope is that the tradition of the walk will continue year on year and in the coming years the walk will start and finish at the shrub that will be planted this year.

As per the tradition of the last two years, the CDKL5 Charity Walk 2015 started from People’s Park at 1pm and headed to Arthur’s Quay Park through the city and returned to People’s Park again in order to capture the attention of the Limerick people along the way.

In previous years the walk has taken place in September, but as June is the official international CDKL5 awareness month and June 17 is CDKL5 Awareness Day, the walk took place in June. The international Awareness Day was chosen in honour of Glyn’s Legacy and all those affected by CDKL5 Disorder.