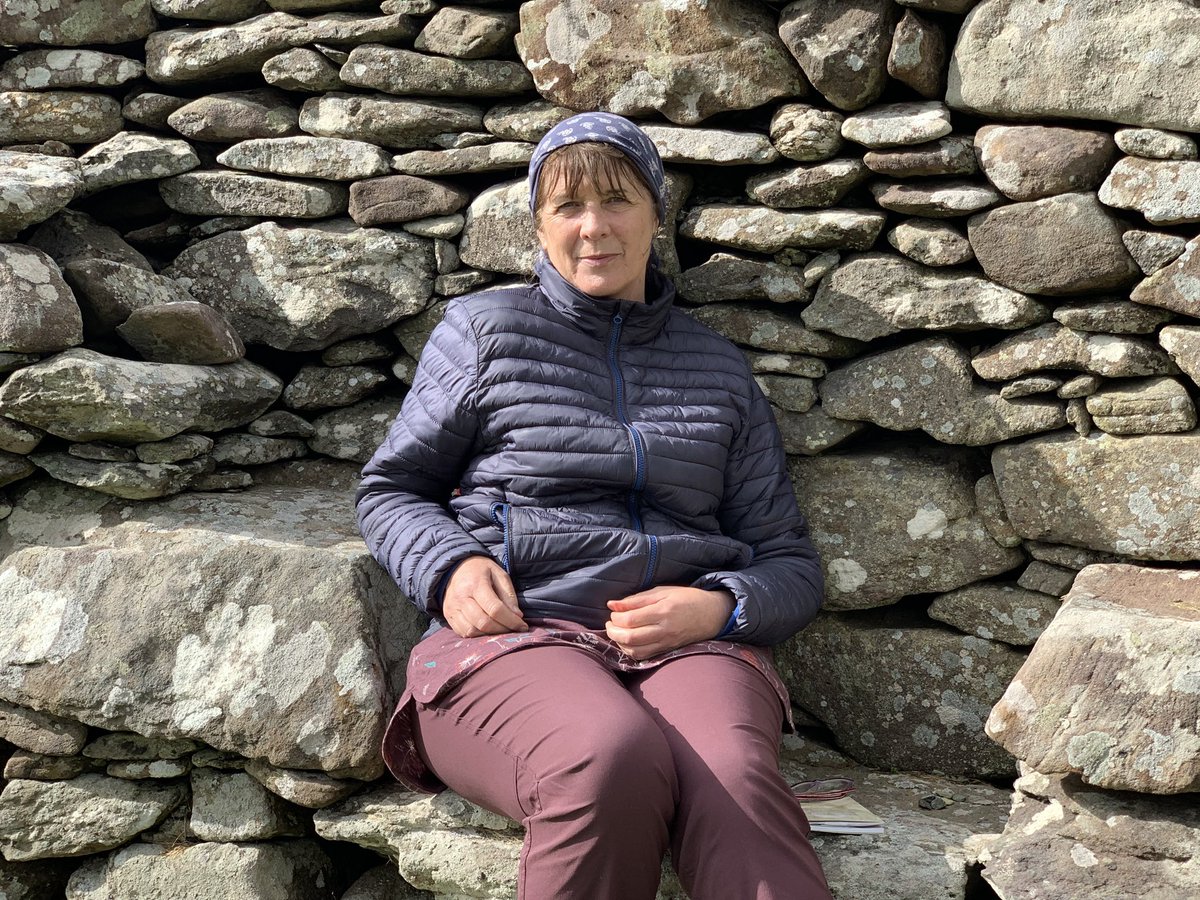 Ceaiti Ni Bheildiuin pictured above, is this year’s winner of the Michael Hartnett Poetry Award

She will travel to Newcastle West to accept the award on Thursday, 30 September 2021 which is the opening night of the annual Éigse Michael Hartnett Literary and Arts Festival.

“I am nothing less than stunned,” Ceaiti Ni Bheildiuin said in response to her success in winning this year’s award which was for a second or further collection of poems in Irish.

A long-time admirer of Michael Hartnett’s own poetry she continued: “I always get a great hit out of reading Michael Hartnett’s poetry. I became aware of him, his poems and his life story shortly after I started to compose pieces of Irish language verse. I felt an immediate affinity to him that he had toiled in the same mistiness of Gaeilge as a second language as I was doing. I find his poetry in both Irish and English powerful.”

“It is staggering to have a book of my own awarded the Michael Hartnett Prize. It is an honour beyond belief.”

Born and raised in Rush, Co Dublin, Ms Ní Bheildiúin currently lives in the West Kerry Gaeltacht. Agallamh Sa Cheo, Cnoc Bhréanainn is her fourth and most recent collection and two of her short dramas have been staged. Ceaití has received numerous awards over the years from both the Arts Coucil and Ealaíon na Gaeltachta (in collaboration with Údarás na Gaeltachta, the Arts Council and Creative Ireland) as well as Duais an Oireachtais.

It is jointly funded by Limerick City and County Council Arts Office and the Arts Council and is awarded, on alternate years, for collections in Irish and English. It carries a prize of €4,000.

In their citation, the judges Ailbhe Ní Ghearbhaigh and Seosamh Ó Murchú described Agallamh Sa Cheo, Cnoc Bhréanainn as a “collection which is striking in its ambition and craft” and “reveals the poet’s aesthetic gifts”. With Mount Brandon providing the imaginative terrain, they characterise the book as “an emotional cartography of the mountain, as told in a chorus of voices that illuminate the human drama of life.”

“In this homage to the mountain, Ní Bheildiúin demonstrates her own deep appreciation of Mount Brandon. Nature poetry and a sense of place are central to the Gaelic tradition and Agallamh sa Cheo should be considered among the most significant works of this era that contemplates our relationship with the natural world.”

“Contemporary poetry in Irish is in rude health, based on the 23 entries for this year’s Michael Hartnett Award. Agallamh sa Cheo stood out due to its ambition and breadth as well as the artistry of the work,” the judges concluded.

John Cussen, of the Eigse Michael Hartnett Committee said, “Michael Hartnett would be delighted that Irish poetry is, in the words of the judges, in such rude health. We are truly delighted with the response to this year’s Poetry Award and are looking forward to welcoming Ceaití to Newcastle West.”

Dr Pippa Little, Arts Officer with Limerick City and County Council said: “Limerick Arts Office are very pleased to work in partnership with the  Éigse Michael Hartnett Committee and the Arts Council, to award this prize, which honours and supports the work of Irish poets. It is one of the most long-standing poetry prizes in Ireland”.

The award will be presented at the opening night of this year’s Éigse Michael Hartnett taking place from 30 Sept to 02 Oct in Newcastle West, Co. Limerick.

With a blended format this year, live events will be intermingled with online events with all relevant Covid regulations in effective at that time followed.

There will also be a strong line-up of poets including Moya Cannon, Séan Lysaght, Colm Keegan, Rafael Mendes and Natasha Remoundou.