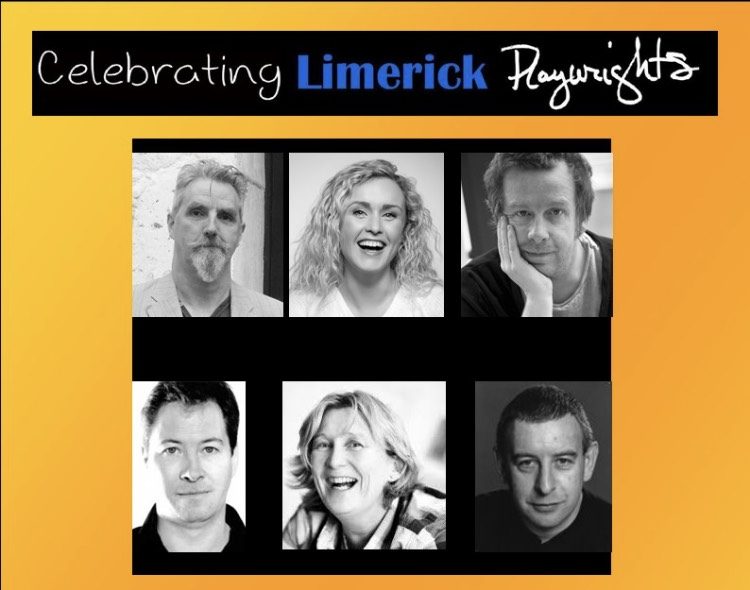 The Celebrating Limerick Playwrights project is a highlight event of the GAFF.

Over four years in existence, The GAFF (Limerick Theatre & Performance Hub) has been slowly building a body of work linking artists and Limerick communities through work in its own studio location on Cecil St. as well as in a variety of community settings.

The project, Celebrating  Limerick Playwrights is taking the stage on Saturday, October 27 at 8 pm on 36 Cecil Street where a group of Limerick artists will gather together for the showcase of a series of great plays. It is going to be a night when audiences can look forward to savouring highlights from plays by some of Limerick’s most popular and successful, contemporary playwrights.

“This initiative emerged from our exploring fundraising avenues to sustain overheads at The GAFF. As an artist led organisation, without regular funding, we need to examine all ways of earning income.

It was often remarked to us, in particular by our colleague, director, Joan Sheehy, that Limerick is rich in having many contemporary playwrights, all writing for stage at this moment in time. We are very fortunate that many esteemed artists, playwrights, actors and directors, have agreed to support our event by contributing their valuable talent to make a very special event on October 27th.” said the Producer of the GAFF, Monica Spencer.

Talking about the expectation of Celebrating Limerick Playwrights, Myles Breen, one of the actors said: “All six of us as playwrights have very different voices. But also something about ‘Limerick’ is always present. Not always in terms of setting or story, sometimes just a hint, that shows a particular limerick use of language or sense of humour.”

The strength of this event will be in the diverse range of styles of writing and of performance to be experienced by audiences. This, as well as the opportunity for everyone, artists and audience, to meet after the performance in a social context, are the key components that make it an unusual event, according to Ms Spencer.

The GAFF is an artist-driven theatre resource that supports Limerick theatre artists through the provision of dedicated spaces for rehearsing, devising and presenting works in progress, meeting spaces where advice and mentoring from fellow practitioners.

Monica told ilovelimerick: “Our aim, at The GAFF, is to offer support to professional, community and amateur theatre-makers and to resource artists so that the performing arts can thrive and grow in our region. We are a not-for-profit body, run by volunteers who wish to see the entire sector flourish so that theatre and the performing arts can be a vibrant part of Limerick’s cultural landscape. ”

“We are not a performance venue and not available for hire as a performance space. We offer, instead, rehearsal and development facilities in a city-centre building at the very low cost to non-commercial arts bodies.” she continued.

Limerick’s designation as the first National City of Culture in 2014, presented Theatre and performing artists with an unprecedented opportunity to build on the legacies presented through that year’s activity. The success of the numerous theatre productions staged as part of the City Of Culture programme, reinforced the theatre sector as one of Limerick’s strongest cultural assets.

Tickets for Celebrating the Limerick Playwrights are priced at €20, the performance will be followed by a drink reception. All proceeds will go towards THE GAFF’s maintenance costs.

For more information on the Celebrating  Limerick Playwrights, go here

For more stories on the GAFF, go here

Related Topics:GAFFLimerick playwright
Up Next