A Chinese celebrity couple has chosen Ireland and Adare Manor as the venue for their wedding today. The bride is Tang Yixin and the groom is Zhang Ruoyun – both well-known TV drama stars with a combined 33 million followers on Weibo, the huge social media platform in China.

The wedding party is made up of other Chinese celebrities – including one woman with around 40 million followers. The story of their Irish wedding has now hit the headlines in China – including on Weibo, where the news has already been viewed by hundreds of millions of people. 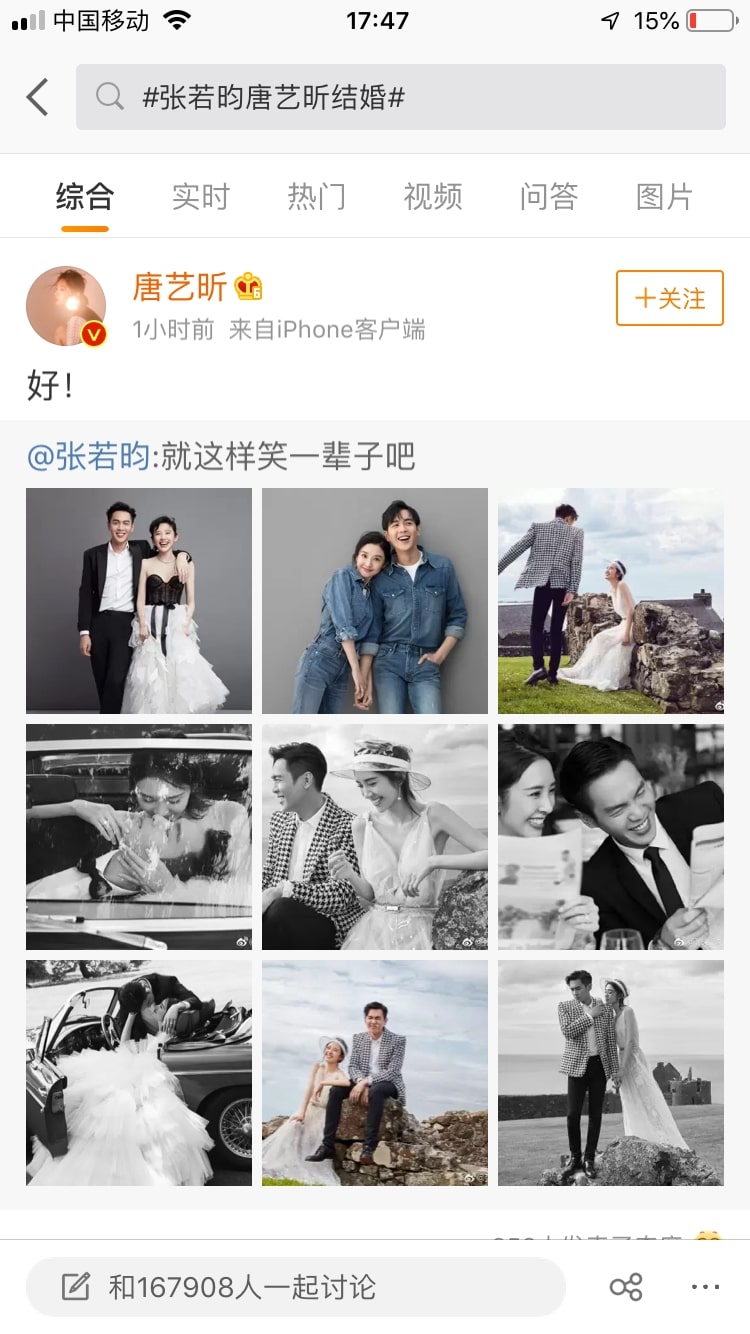 The couple traveled here ahead of the wedding. Tourism Ireland in China worked with the couple before they arrived here – arranging for them to capture their pre-wedding photos at some of our top tourist attractions, including Dunluce Castle and the Dark Hedges. The couple agreed that Tourism Ireland could share these photos on its social channels in China – shining a spotlight on Ireland as a romantic destination and highlighting Ireland to millions of people across China as a fantastic location for a wedding and honeymoon.

Niall Gibbons, CEO of Tourism Ireland, said: “It’s wonderful news that Tang Yixin and Zhang Ruoyun have chosen the island of Ireland as their wedding venue and for their pre-wedding photos. This is publicity that money simply could not buy. The couple – and their fans – have been sharing the images on their social platforms, bringing the story to hundreds of millions of people across China.

“Tourism Ireland will take every opportunity to exploit the tourism potential from the extensive publicity in China and to really leverage the fact that this couple has chosen Ireland and Adare Manor. Our promotional activity will include extensive social media activity – sharing images of Adare Manor, some of our other castle and manor house hotels and the island of Ireland, as well as images of the couple enjoying their time here, and joining in the positive online conversations about Ireland.”

Niall Gibbons continued: “Our recent review of emerging tourism markets confirmed China as a market of considerable opportunity for us. China is the largest outbound travel market in the world and one that Tourism Ireland is committed to growing over the coming years. Last year, we welcomed an estimated 100,000 Chinese visitors to the island of Ireland; the introduction of direct flights to Dublin has been a major game-changer and offers a real opportunity for us. Our aim now is to capitalise on the changing travel patterns in China to grow Chinese visitor numbers to 200,000 by 2025 and, in particular, to grow the number of high end individual Chinese travelers to the island of Ireland.”