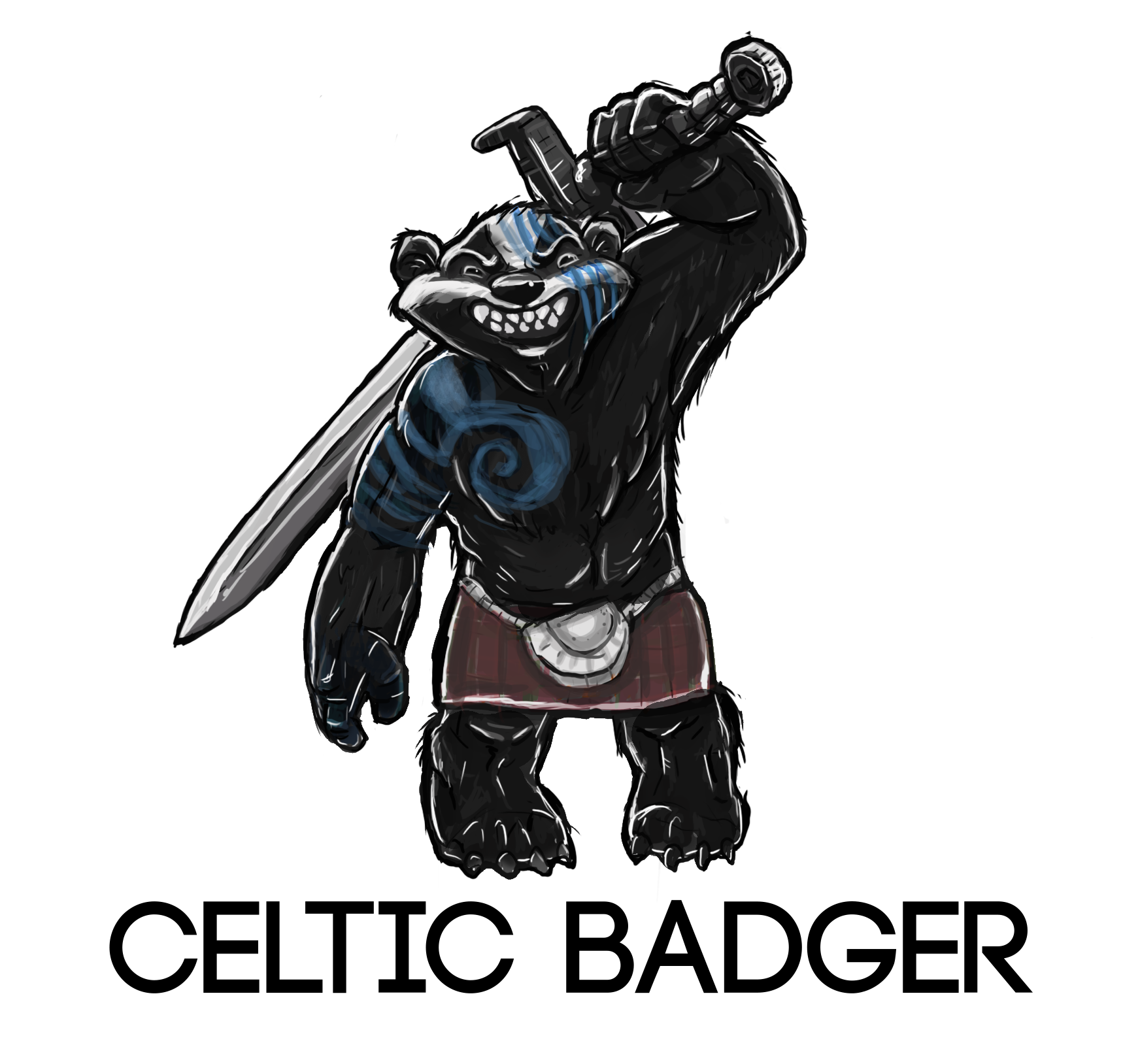 The company, initially known as ‘Furious Badgers’ was set up after founder, Paddy Murphy and a few of his film-making friends entered  the 48 hour film competition last September with a short film called I.R.I.S.

Founder Paddy Murphy recalls how the company co-founder Barry Fahy was getting him a custom slate printed for Christmas and “asked if I was to set up my own company, what would I call it. I thought of how I had been working on a lot of Irish & Scottish films at the time so I said Celtic Badger – he put that on the slate and history was made”.

Paddy began his career studying video production and manipulation at Limerick Senior College. He then ventured down the route of video game development and moved abroad for a year, it was on his return to Ireland when he began writing.

“My short story Ensnared (which became a short film, directed by myself for Spade Lion Productions) won a few awards and I decided – wow. I should really be doing this…”, explains Paddy.

The future of Limerick film-making is clearly bright seeing as Celtic Badger Medias own, Aaron Walsh saw a successful submission of his short film “Rewind” at the largest film competition in the world,  My Rode Reels and Limericks own Jason Reddan picking up first prize at the same competition for his film, “Streetlights”.

“On top of those successes, we have Troy studios coming in, Steve Hall’s short Day Off was in competition at Galway Film Fleadh and we’ve secured international distribution for our first feature film, made right here in Limerick, called The Three Don’ts. There are so many talents in this city. It’s amazing to see them all being recognized and getting the attention they deserve!” explains Paddy.

As for the future of Celtic Badger Media, Paddy expresses how “we’re finishing reshoots on The Three Don’ts in September for our distributor, so that will be heading to post production around October. At that time, we’re starting Pre-Production on our second feature, a horror comedy. I would hope to cast a very well-known international actress in that – but we’re still in negotiations. I am looking at frequent collaborators Adam Moylan & Brian Clancy to also star in it, as they just blow me away consistently. On top of that we’ve two shorts recently finished that will be going out through our Youtube channel in the coming months, Cuppa & Legacy Point. Cuppa is a bizarre horror comedy and Legacy Point is a sci-fi action flick starring fantastic actors like Stephen Tubridy & Fiach Kunz”.

Paddy concludes by saying how, “it’s been an amazing journey thus far. We have The Cheese Box, Retribution and Framed – all shot here in Limerick, traveling all over the world to festivals in France, India, the UK and more. I’m so proud of the Celtic Badger Media team and they constantly inspire me to do better”.

Fab Lab brings technology to a new level in Limerick