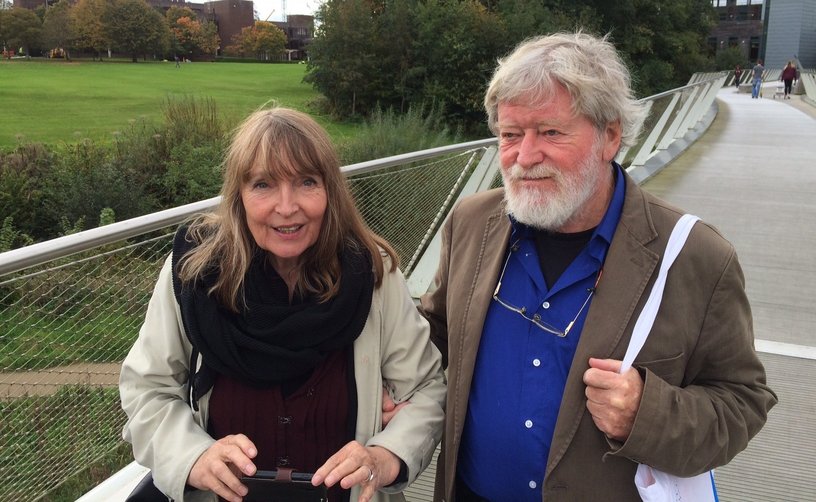 A conference to mark the 20th anniversary of the Centre for Irish-German studies & Heinrich Böll’s 100th birthday will be held at the University of Limerick from 14-16 September 2017.

The Twentieth Anniversary Conference of the Centre for Irish-German Studies at the University of Limerick happens to almost coincide with the centenary of Nobel laureate Heinrich Böll’s birth on 21 December 1917. Böll’s Irisches Tagebuch has played a central role in shaping German perceptions of Ireland ever since it first appeared sixty years ago in 1957 (another anniversary) and for this reason Böll’s work will be one of the focal points of the conference. His son René Böll has confirmed his attendance. Another key theme is Brexit as the consequences of this momentous decision in the UK are likely to have a major impact on Ireland’s relationship with both the UK and the European Union and in turn will shape the country’s relationship with Germany in years to come. Both themes highlight the broad spectrum of Irish-German relations, from the cultural, historical and scientific to the political and economic.

The event will be the 17th International Conference in Irish-German Studies since the founding of the Centre in September 1997. The Centre for Irish-German Studies’ main aim is to encourage and support research dealing with all aspects of Irish-German relations where the term ‘German’ is to be understood in a linguistic rather than a geographical sense; its remit also encompasses Austria and Switzerland. Members of the Centre are academic staff in both the University of Limerick and Mary Immaculate College, Limerick who are research active in the field of Irish-German Studies, as well as a number of external members working in other Irish and European third level institutions. The Centre has compiled a significant collection of Irish-German materials housed in a special study room in UL’s Glucksman Library and issues a book series entitled Irish-German Studies (Wissenschaftlicher Verlag Trier) in which nine volumes have already appeared and four further volumes are in preparation.

The conference will bring together many topics explored in earlier conferences, activities and events organised by the Centre while also showcasing the broad spectrum of Irish-German Studies and their relevance for broader debates about international relations. The purpose of the conference “Between Böll and Brexit: Irish-German Relations 2017” is thus to review progress made in the various branches of Irish-German Studies while also addressing key issues in contemporary debates in Ireland, Germany and other EU member states such as Britain and Austria.

The conference is also a forum to highlight UL’s continued engagement with the topic of the European Union and European Integration evident in our long-standing undergraduate and post-graduate degrees in the field of European Studies, several awards under the Jean Monnet programme over the years as well as in vibrant ongoing research activity in the area.

The German Academic Exchange Service (DAAD) is a key supporter of the conference. It is run as a special event for its former alumni in Ireland, among them many leading academics, diplomats, public servants and business leaders; some will feature as speakers and chairs in the programme. Among the other outside bodies supporting the conference are the German and Austrian embassies, the Goethe Institut Irland and the Heinrich Böll Foundation in Berlin.

The full programme and details of registration are available here

For more on the University of Limerick click here

Related Topics:conferenceIrish Centre for Irish-German studiesUniversity of Limerick
Up Next