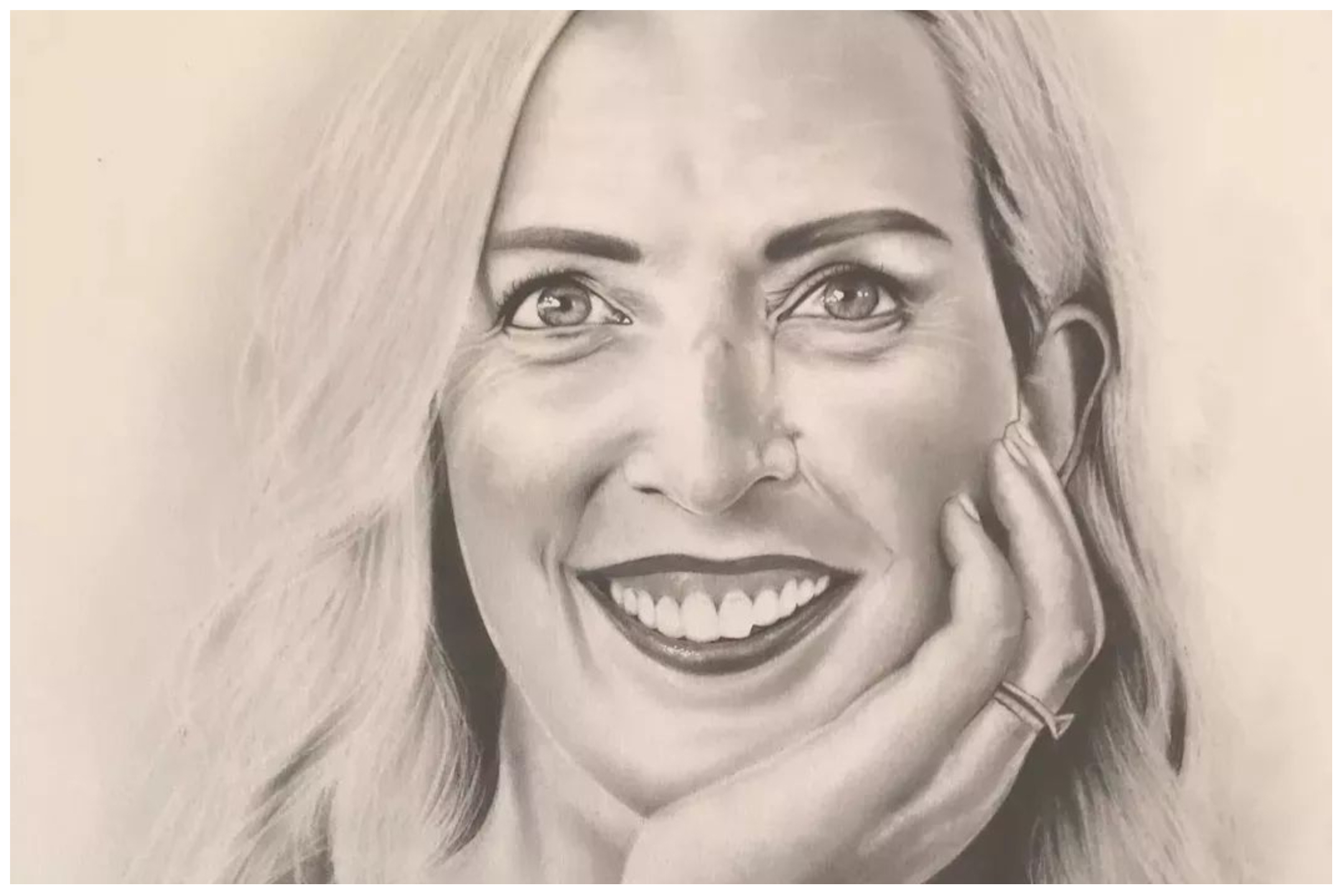 Cervical check campaigner Vicky Phelan was a hero who was beloved by all. Vicky’s portrait pictured above was created by Limerick artist Eamonn Baggot

President Michael D Higgins and Taoiseach Micheál Martin are leading the tributes to the cervical check campaigner Vicky Phelan. The 48-year-old mother-of-two passed away at Milford Hospice in the early hours of this Monday – more than four years after she settled a High Court action over her cancer misdiagnoses.

Vicky was tireless campaigner advocating for better healthcare for women and was one of the most honest voices of a generation who was not afraid to speak truth as she campaigned to expose the debacle within the cervical check programme and did it for her children and for the women of Ireland.

Tributes have been flowing in from all quarters since her death was announced including from President Higgins who has expressed his deep sense of sadness.

“All of us who had the privilege of meeting Vicky will have been struck by the powerful inner strength and dignity with which she not only faced her own illness, but with the sense of commitment to the public good and the rights of others with which she campaigned,” he said.

Vicky had prepared to an exceptional degree for her death, even to the point of organising her own funeral ceremony.  For her children Amelia and Darragh and their father Jim, her family and her great many friends, there is a heartbreaking sadness and loss  which they will carry to the end of their own lives.

The Mayor of the City and County of Limerick Cllr Francis Foley has also paid tribute to Vicky.

A book of condolence has been opened in Limerick city and County Council headquarters in Merchant’s Quay and will remain open for one week. The Irish flag is being flown at half-mast as a mark of respect for the women’s health campaigner who was a recipient of the Freedom of Limerick.

Cllr Francis Foley said: “Vicky tirelessly campaigned for better healthcare for women. Her search for answers uncovered the Cervical Check scandal and she used her voice to advocate and support other women who had been affected and were fighting for justice.”

“My sincere condolences and those of the people of Limerick go to her family at this sad time. Throughout all her campaigning Vicky always referred to her family and how important they were as she spoke out and campaigned.”

“While many thousands of people will be sad to hear of Vicky’s passing, her family will mourn her loss most acutely and we must support them in any way we can.”

“Vicky’s contribution to Irish life means she will never be forgotten. She will be remembered as a fighter, a campaigner, a beacon of hope and strength against almost insurmountable obstacles. Her legacy will remain with us forever.”

Dr Pat Daly, Chief Executive of Limerick City and County Council said: “Vicky has made an enormous contribution to Irish society and it was a privilege to meet her and listen to her speak with such a passion and drive which often belied her serious health condition. She was an inspiration to thousands of people in Limerick, Ireland and abroad and was a remarkable women, who fought for others as well as herself.”

In February 2022, Vicky was conferred with the honour of Freedom of Limerick to honour her for her work in uncovering the Cervical Check scandal and her tireless advocacy and support of other women who had been affected and were fighting for justice, as well as advocating for the rights of terminally ill people to end their suffering.

In a brief statement, posted on social media, Jim, Amelia and Darragh Phelan said that the outpouring of grief and good wishes from far and wide are truly appreciated

“Earlier today we bade our final farewell to our beloved Vicky. She was the heart and soul of our family unit and her passing will leave a void in all our lives, that at this point seems impossible to fill,” their message continued.

“We cherish the memories of a loving wife, mother, daughter and sister, whose ability to deal with the struggles of life has inspired not only ourselves, but an entire nation. The outpouring of grief and good wishes from far and wide are truly appreciated.

The message added that her funeral arrangements will remain private but there will be an opportunity, in due course, for people and members of the public to pay their respects.

Related Topics:featured
Up Next