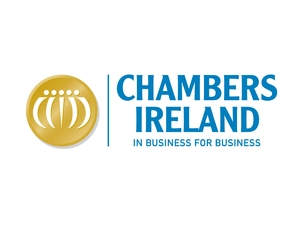 Three Limerick City and County Council projects have been shortlisted for Excellence in Local Government Awards.

Limerick Smarter Travel, the Business and Retail Incentive Scheme, and the amalgamation of Limerick City and County Councils have been nominated in the ‘Smarter Travel’, ‘Supporting the Local Economy’ and ‘Local Authority Innovation’ categories respectively.

The Chambers Ireland Excellence in Local Government Awards are held annually in association with the Department of the Environment, Community and Local Government and sponsored by AECOM, EirGrid, The European Recycling Platform, Fáilte Ireland and Tipperary Crystal.   The awards were first held in 2004 to acknowledge and encourage best practice and constructive initiatives by local authorities and also to enhance the positive relationships that already exist between chambers, businesses and their respective local authorities.

Cllr. Kevin Sheahan, Cathaoirleach of Limerick City and County Council commented: “I am delighted to learn that the Council has had three projects shortlisted across separate categories of what is a very prestigious awards scheme for the Local Government sector in Ireland. This achievement is testament to the hard work and expertise of the staff of the Council and is especially noteworthy considering the fact that the Awards Scheme attracted scores of nominations this year.”

Cllr. Sheahan said he particularly welcomed the recognition being given to the successful merger of Limerick City and County Councils, which he described as “the biggest change to have occurred in the history of Local Government in Limerick and the largest merger of its kind ever undertaken in the Republic of Ireland.”

The two other shortlisted projects include the Council’s Business and Retail Incentive Scheme, which is aimed at attracting new business to Limerick City Centre, Kilmallock, Newcastle West and Rathkeale. The initiative sees qualifying businesses and retailers receive grant aid based on fit out, shop or office improvement costs subject to a maximum of 50% of the annual rates liability in the first year and 25% in the second year of operation.

“This scheme is designed to attract retailers and business into Limerick City Centre and the County’s larger towns in a proactive effort to address vacancy rates, improve streetscapes and support the business community,” explained Pat Daly, Director of Service, Economic Development & Planning.

He added: “Vacant retail and business premises are a key challenge for towns and cities throughout Ireland. The Business and Retail Incentive Scheme seeks to address this challenge by actively supporting the re-occupation of vacant premises through the provision of grant aid. Occupied retail and business premises are a pre-requisite to creating attractive, vibrant town and city centres.”

The Limerick Smarter Travel (LST) Project meanwhile, is aimed at connecting the four key hubs of Limerick City and suburbs by the development and promotion of sustainable modes of transport for those living, working and studying in these areas.

Pat O’Neill, Project Manager, Limerick Smarter Travel explained: “The main objective of the scheme is to transform people’s travel behaviour, with support from local businesses and communities and should result in reduced congestion and pollution, improved road safety, create local employment opportunities, and improve people’s health and fitness, as well as enhancing town and streetscapes locally.”

There will be a total of 13 awards presented across a variety of categories in the 2014 Excellence in Local Government Awards, including Supporting Active Communities; Local Authority Innovation; Health & Wellbeing and Local Authority Economic Efficiencies. A special award will also be presented for Local Authority of the Year.

Announcing the shortlist, Ian Talbot, Chief Executive, Chambers Ireland said, “Local Authorities have undergone significant changes in recent years but one constant is the standard of work being carried out across the country on a daily basis. We are proud to host these awards to recognise best practice in Local Government and I would like to congratulate everyone who applied and, in particular, those on the shortlist.”

The Awards will take place on Thursday 13th November in the Ballsbridge Hotel, Dublin.