Presentation for the two charities, Limerick Suicide Watch and Dochas Limerick receiving proceed from the Charity Cycle 2018 is accomplished.

The Charity Cycle for this year took off from their usual spot outside Topaz on the Dock Road and raised an incredible €18,800 for Limerick Suicide Watch and Dóchas.

Talking about associating with the two charities, Louise Collins from the Bluebird Care said, “Limerick Suicide Watch is has always been a worthy cause with Limerick being one of the most affected cities in Ireland having the largest suicide statistic in the country.  The organisation relies solely on fundraising and contributions from the public and Bluebird Care are proud supporters of the great work Limerick Suicide Watch does.”

“This year we also choose to fundraise on behalf of Dochas.  As we continue to learn more and more about the benefits of sensory stimulation for children who have Autism it becomes more important that we can support the provision of the necessary facilities to give all children the best possible start in life.  The money raised will go towards the building of a second sensory room for children attending the Dochas centre in Parnell Street.  Paula McInerney Managing Director of Bluebird Care also took part in the cycle this year.” she continued. 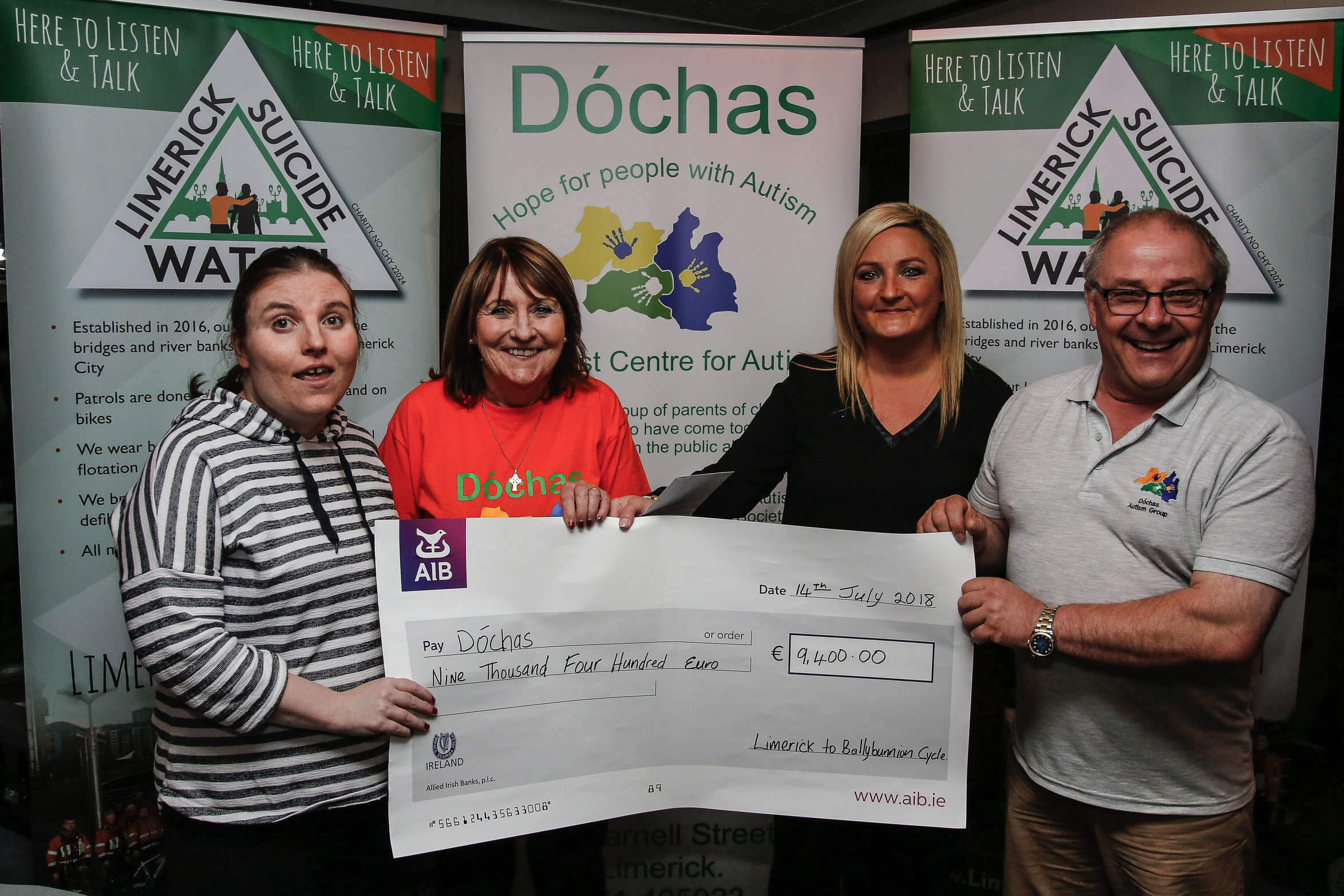 Bluebird Care, one of the Irelands leading health and social care providers was set up in Ireland in 2007. They pride themselves in providing high quality safe and effective care in the home and community, for persons of all ages with varying degrees of ability.

Limerick Suicide Watch is looking to purchase their own premises, and so there is an even bigger need for funds to help secure this for the organization. Therefore, part of the proceed goes to them for improving their service.

“The reason we asked Bluebird Care to help sponsor this cycle again this year is that it is a locally owned business that has been providing safe, quality care to individuals in their homes and communities.  As a locally owned business, Bluebird Care has been constant supporter organisations that provide much-needed services and supports to some of the most vulnerable within Limerick city and suburbs and to date they have helped to raise over €60,000,” said Louise.

The theme for this year’s Charity Cycle was “Superheroes”, a fitting name for the incredible people that took part in the long cycle to Ballybunion for charity. There were cyclists ageing from 20 to 70 years old participating on that day and plenty of sponsors for the event.

The significance of continuing the Charity Cycle is because the funds are badly needed to keep these charities working,  LSW is very close to a lot of the cyclist that take part in this charity each year.