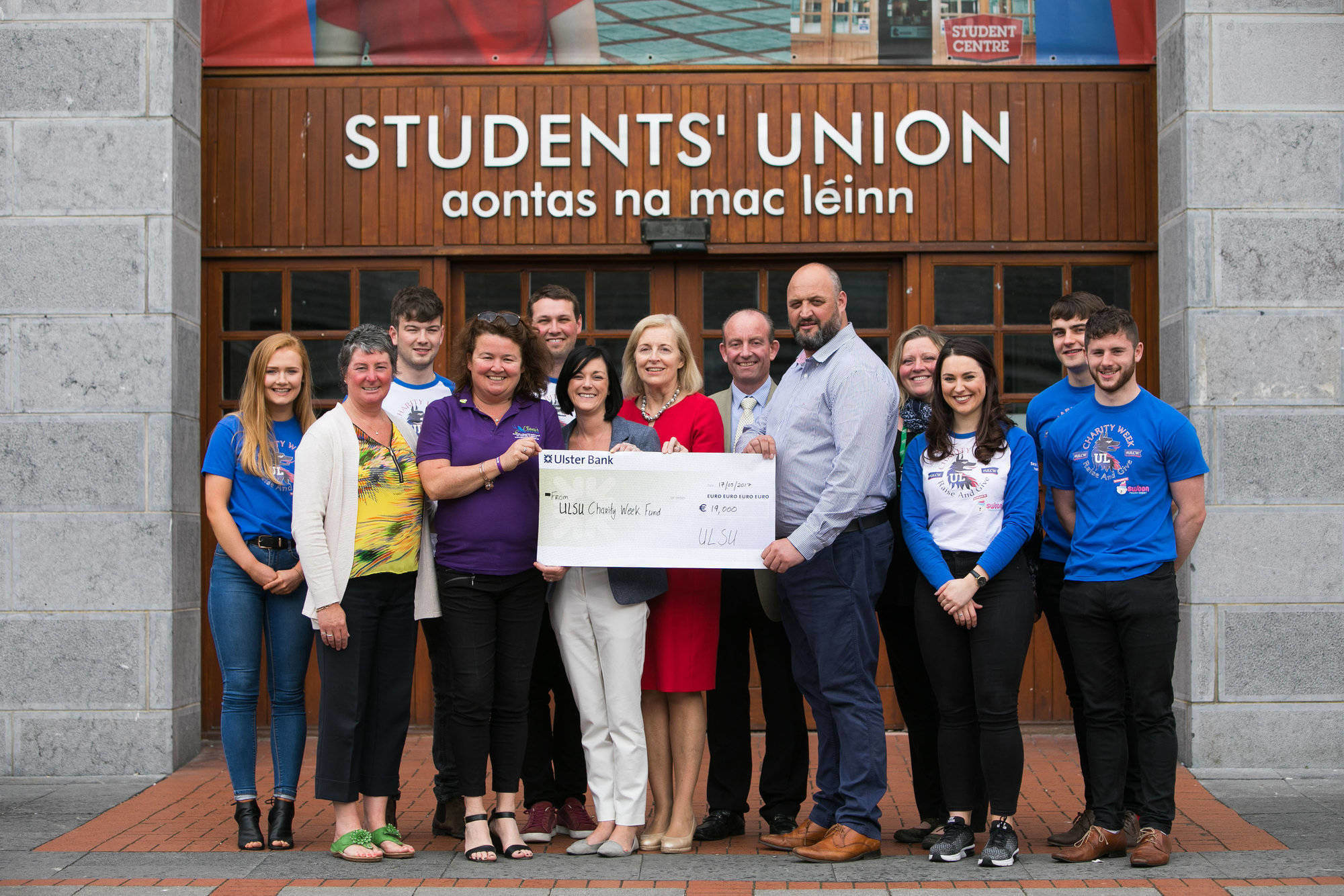 UL Students Union today donated €19,000, raised during its Charity Week 2017, to 4 local charities; Focus Ireland, Clionas Foundation, St Gabriels School & Centre & Midwest Spina Bifida, with each charity being presented with a cheque for €4,750. A special thank you is being extended to everyone who took part during the week especially to those who helped run the events smoothly. The MnMs (student patrol) was out again this year making sure local estates were kept clean, noise levels were under control and students were having good clean fun. We would also like to thank our Charity Week Sponsor Swoon Frozen Yogurt for their contribution to the week.

UL Students Union would also like to take this opportunity to say thank you to this year’s outgoing Sabbatical Team, Sarah Dunphy SU President, Caolan O’Donnell Welfare Officer, and Donal Foley Academic Officer who aided tremendously in all aspects during their term. They would also like to welcome the new sabbatical team who will be taking up the office in June; Jack Shelly SU President, Roberta Harrington Welfare Officer, and Conor Hussey Academic Officer. We wish them the best of luck in their new positions and we hope for an even better Charity Week in 2018.

ULSU is the representative body for 13,500 UL students. Students automatically become members of the Union upon enrolment, and from that day on the three sabbatical officers (President, Welfare, Academic Officers) as well as the part-time members of the Union’s Executive Committee, do their best to represent and help you with any problems you may have during your time in college. ULSU represents you both within and without the University, as well as providing you with services such as a fortnightly newspaper, welfare and academic advice, a common room, a games room, clubs and societies and much more.

For more information on the UL Students Union click here