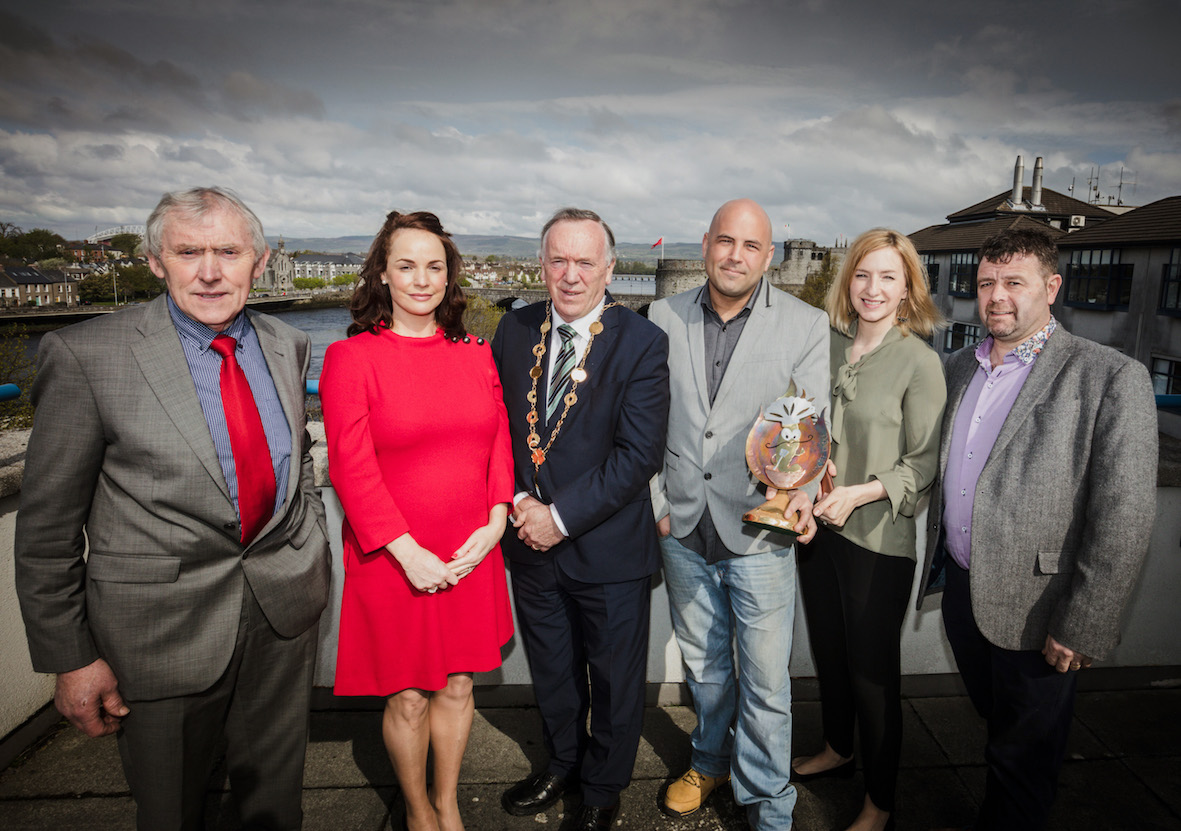 All Ireland Chowder Champion, Chef Danny Martinez Doyle, from Dan Cronin’s Bar and Bistro, Newcastle West was honoured today by Stephen Keary, Mayor of Limerick City and County. Situated in the heart of The Square in Newcastle West Dan Cronin’s bar & bistro was established in 1948 by Mr. Dan Cronin, a farmer from Cork. Today the pub is fully run and operated by his Son Jerry and his wife Breda, his granddaughter Priscilla, and his two grandsons Robert & Wayne.

Chef Danny Martinez Doyle represented Limerick when up to 30 professional chefs from all over the country converged on the Cork town of Kinsale for the annual Cook-Off. The ticket holders, many of whom had traveled from all over Ireland to support their competing chef, judged the best chowder and then voted for their favourite.

Restaurants from every corner of Ireland were in attendance with their own secret ingredients. At the end of the day, the winner was Dan Cronin’s Chowder, cooked by Chef Danny Martinez Doyle with, what we can presume was, his own secret recipe.

The organiser of the All Ireland Cook-Off, Liam Edwards from the Kinsale Good Food Circle, congratulated Chef Danny Martinez Doyle and thanked all chefs and their teams for traveling to Kinsale and putting on such a fine display of seafood. “It is a great day for seafood, a great day for chowder, and a great day for everybody,” he said.

Chef Danny Martinez Doyle also received the Derek Davis Perpetual Trophy named in memory of the event’s original compere, who presided over the event in his inimitable style last year, shortly before his untimely passing. The trophy was commissioned from Kinsale Silver, especially for the All Ireland Chowder Cook-Off.

Limerick City and County Council are committed to supporting and developing the food sector in Limerick. The Limerick Food Strategy 2016 – 2018 is a very important strategy for the Council. The Council’s Local Enterprise Office are working to ensure that the industry, whether it is food producers, food service, food tourism, Hotels and Restaurants in Limerick are the best they can be.

The launch his year of the Limerick Food website will be a big step forward in this regard, providing a unique platform for all sectors of the food industry in Limerick. The Local Enterprise Office, Patricia O’Sullivan, Food Strategy Coordinator and Innovate Limerick are working hard to implement the strategy and the Council are committed to providing opportunities for food producers to make themselves known to the public, and to chefs and restaurants and retailers in the area.

The Limerick Food Experience at Riverfest, located in the beautiful grounds of the Hunt Museum is an example of the Council policy, of providing opportunities for local producers at all Limerick Festivals, in
action.

Later this summer The Limerick Food Experience will give producers further opportunities at both The Cappamore and Newcastle West Agricultural Shows. Today though, the Mayor honoured Chef Danny Martinez Doyle and wished him and Dan Cronin the best of luck when they represent Limerick and Ireland in the World Chowder Cook-Off in Newport Rhode Island on Saturday, June 2nd, saying, “There is no reason why Danny can’t emulate last year’s winner chef Kieran Doherty who took the title home to the Inishowen Peninsula in Donegal.”

For more stories on the Ireland Chowder Competition 2018, go here.