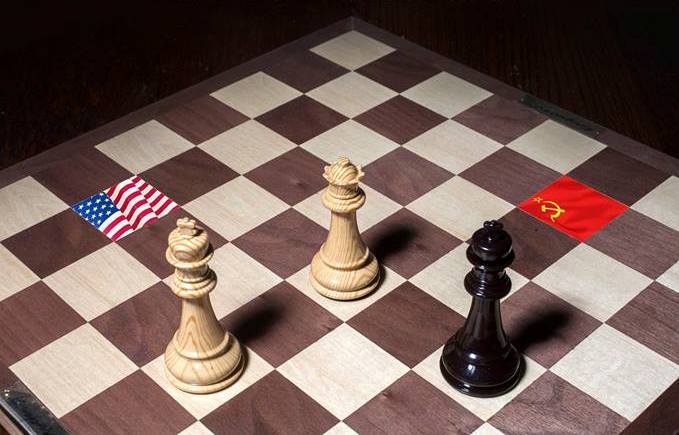 ‘Chess’ at the University of Limerick Concert Hall

Time Magazine says Chess is “one of the best score ever produced”.

‘Chess’ at the University of Limerick Concert Hall

A strong line-up of energetic and enthusiastic principals and chorus has been assembled for ‘Chess’ directed by Des Henn, musical direction by Maire Keary-Scanlon, choreography by Barbara Meany, the eagerly awaited musical from Limerick Musical Society playing out at UCH March 30 to April 1.

Written by Tim Rice and ABBA’s Björn Ulvaeus and Benny Andersson, Chess has one of the greatest musical theatre scores of all time including One Night in Bangkok, Pity The Child, Anthem, You And I and, of course, I Know Him So Well, which became a number one hit for Elaine Paige and Barbara Dickson.

The story tells of the two finest chess players in the world battle it out at the World Chess Championships. While the tournament is goings on the real battle between the two players takes place, the battle to win over the heart of the beautiful Florence played by Claire Heffernan.

Amidst political intrigue and international conspiracies, the American and the Russian fight to win the heart of Florence Vassy in a romantic triangle that mirrors the heightened passions of the Cold War all set to an explosive musical score noted by Time Magazine as “one of the best score ever produced”.

An energetic and exciting cast, a superbly talented orchestra have been all assembled. A new, innovative set and costumes have been designed. The stage is all set for you to come and enjoy the UCH’s ‘Chess’.

Related Topics:ChessLimerickmusicalnile st jamesuchuluniversity of limerick concert hall
Up Next