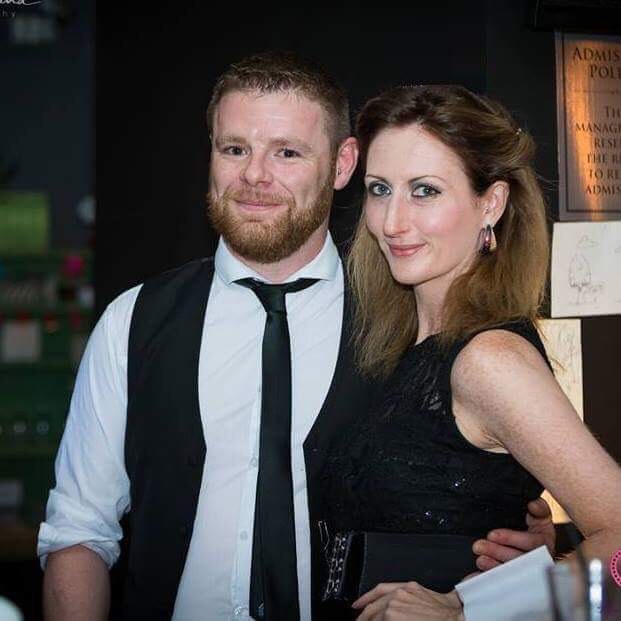 Limerick City after 7 pm is a strange place. All shops shut and life scurries home to the suburbs. It is dark, it is quiet, it is still. But not this night. I froze when I heard it and my ear leaned towards the source. A drumbeat moved the air.

The trail of tempo led me down O Connell street until I rounded the corner towards Arthurs Quay and there it stood in the desert of grey. ‘Chez Le Fab’. An old run down tourist office had been transformed into an oasis of music, coffee, laughter, and light.

When I entered, I was hit by the eclectic mix of decor and client alike. Half Moulin Rouge, half Camden market, a cafe not out of place in Dylan’s Greenwich Village. As a petite young singer named Emma took to the stage, I browsed the wonderland of vintage clothes, jazz records, and jewellery.

Pierced rockers, students, dog lovers and a granny with red boots had all gathered for the performance. A beautiful girl with dreadlocks took my order as I found a seat below a mural of Dolores O Riordan.

This was no average singer on stage. Her quiet demeanour gave way to a powerful voice and persona and she soon caught everyone’s attention.

When a crowd had built around her, she challenged our comfort. She announced that because it was such a nice evening that she was going to continue the gig outside in the covered courtyard. A smile and a nod of approval from the owner and out we went.

We all formed a circle as Emma began to sing and play the guitar. She was joined in the centre by a young man who danced and breathed fire with every crescendo. The activity soon attracted passersby. Business suits, backpackers and taxi drivers now joined the circle of song. Several homeless men sheepishly approached, unsure of their welcome. The circle opened to embrace them. They were welcome. Everyone was.

As we all stood together in a melting pot of Limerick society and as our smiles were lit up by blasts of flame, it struck me. Several years ago, Arthurs Quay Park was a no-go area due to anti-social behaviour. But now, without any regeneration grants or government master plan, one couple had changed a small section of the city into one of the coolest spots in the country.

Today I heard the sad news that ‘Chez le Fab’ was closing its doors for good on December 31, 2018. Online there was an understandable outpouring of sadness and shock at the news, with many people posting how much they loved the cafe and that it was such a pity it had not worked.

I disagree. It DID work. For two glorious years ‘Chez le Fab’ lifted the spirits of a generation and was a thriving hub for budding Musicians, Artists, Writers, Comedians, Actors and Poets. It provided respite for both man and beast, traveller and troubadour and who knows what next generation of Bandit was inspired and nurtured by the welcoming environment. It boasted several different titles, dog-friendly café, arts café, wine bar, and live music venue.

Thank you LesleyAnne and Shay for your drive and your passion. It was bold. It was beautiful. It was Fabulous!