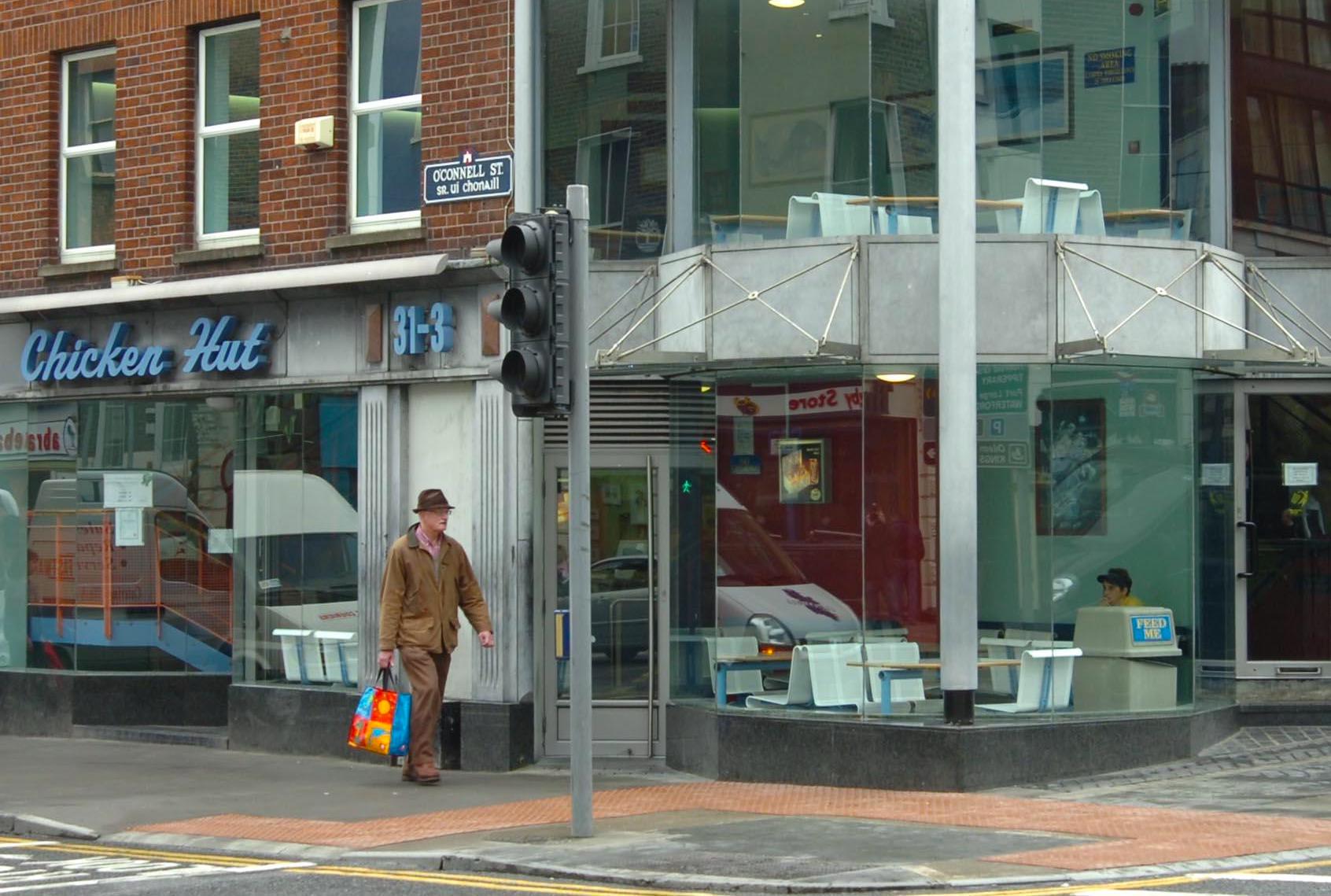 A Tribute to the Chicken Hut – “The forks in the bag you Gowl!”

A Tribute to the Chicken Hut – “The forks in the bag you Gowl!”

The Chicken Hut is a quintessential Limerick experience. I am not originally from Limerick but one of the first restaurants I tried when I came here was this long-term fast food haunt. After a night out at Costello’s, Chicken Hut is our go-to hotspot.

It is hard not to miss those days now that everything is so different. One thing I miss most is sitting across a sticky table from each other with your ears ringing as you dip your chicken into their delicious gravy, yell about the night you just had, and argue over who is going to order the taxi. The staff are always very nice to us despite the late hour and the noise we make, and you can always talk the security guard into letting you in.

The Chicken Hut enjoys a cult following in the Treaty City, everyone I have ever met from Limerick has only good things to say about it. My sister raved about it so much it was the first take away I tried when I came to Limerick.

I am personally not a burger person, however, in June 2019, Chicken Hut won ‘Best Burger as an Independent Takeaway’ which made burger enthusiasts all over Limerick jump in joy as they would no longer have to stray too far from home to get their hands on a juicy award-winning burger.

I am much more of a chicken person myself. My all-time favourite meal from Chicken Hut is the snack boxes, just the perfect balance of chips and chicken. Of course, you cannot have a snack box without the famous gravy. Nobody knows the magical ingredients of the gravy but it’s probably the best chipper gravy in the country. The place is renowned for its gravy and that’s why everyone goes there. It’s so famous the Chicken Hut credits it as the very reason they are so well known saying, “Famous locally for our secret recipe gravy!”

When I came to Limerick and started my journey as a CHUT fan I was told of an urban legend that floats around about Chicken Hut and made its way around Limerick City. The legend goes that a customer was once receiving their food and asked if they could have a fork to eat their meal with. In response to this absurd request (hello do we not all use our hands??) an eavesdropping staff member screamed at them – “The forks in the bag you gowl!”

This phrase is usually followed by ‘it’s a Limerick thing’ when anyone expresses confusion at the joke. I was once one of those people who was confused by anyone calling somebody a ‘gowl’, it’s not a word you hear thrown around much on the southeast coast. I find it has become a part of my vocabulary since moving down here.

There is nothing quite like calling out “Forks in the bag you gowl!” with your friends as you wander down to Chicken Hut.

Nothing is done in halves in Limerick, there have been t-shirts and cups made with them on it. There have been many times where I thought of buying them myself and wearing it around town.

There are also many petitions being made about the phrase, one of the most famous petitions comes from Limericks own, The Rubberbandits, who annually ask Chicken Hut to change their company tagline to the iconic phrase that people around Limerick love so much. Blindboy, one half of the musical duo, tweets, “My yearly appeal for Chicken Hut to officially change their company tagline to ‘Forks in the bag you gowl!’”

We’ll dedicate our career to promoting ye, if ye change yere signs, napkins and bags to
“Chicken Hut.. The forks in the bag you gowl”
We’ll even do a kickstarter to fund it.

Posted by Rubberbandits on Tuesday, November 11, 2014