By Richard Lynch on December 12, 2018@richanthon 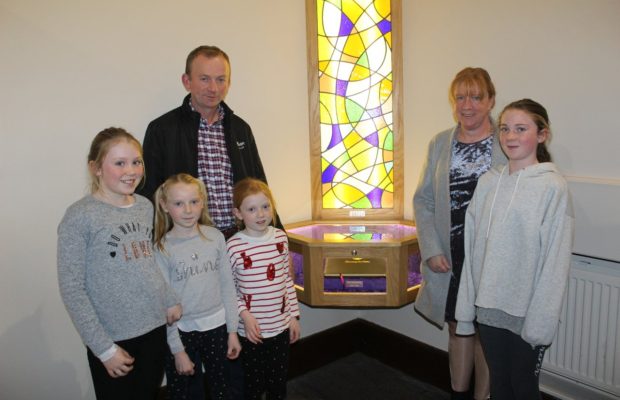 Pictured here at the Children’s Remembrance Area are Liam and Yvonne Kelly with their daughters Belle, Elisse, Ruby and Millie standing by the cabinet in which is housed the Children’s Book of Remembrance dedicated to their late son and brother Joe.

Families who have lost a child now have a place to remember their loved ones with the completion of a Children’s Remembrance Area in the Chapel at University Hospital Limerick.

The project was the concept of parent Theresa Noonan, whose daughter Katherine died under the care of Hilary Noonan, Children’s Outreach Nurse, UHL, and the Milford Home Care Team. It has been developed by the Paediatric End-of-Life Care Committee at UHL and opened by Sr Helen Culhane, founder of the Children’s Grief Centre in Limerick.

The centrepiece of the new area is the Children’s Book of Remembrance, which is kept in a cabinet beautifully crafted by Mark Griffin and funded with a grant from Milford Care Centre Compassionate Communities. The specially commissioned stained glass was designed by Alexander Vugs from Ildanach Studios in Cork. The stained glass has many different shapes and colours which represents the uniqueness and individuality of each child remembered. This was kindly sponsored by the Brosnan family in memory of their mother, Eileen. 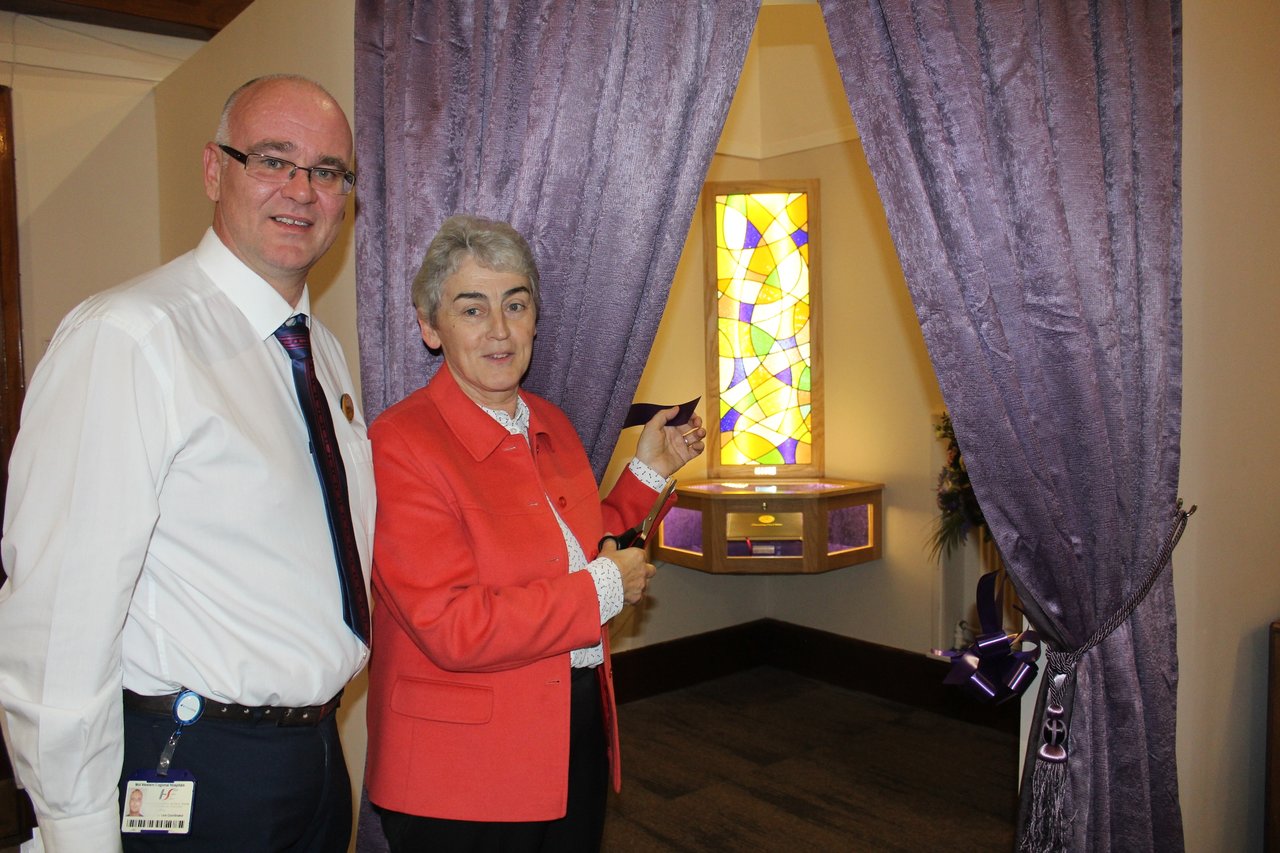 The Children’s Book of Remembrance can be viewed by arrangement through the pastoral care team at UHL. The book will be presented to the altar at the biennial remembrance service. It contains the child’s details and a personal message. The book was kindly funded by a donation from Liam and Yvonne Kelly and family in memory of their son and brother Joe.

Speaking as the area was opened and blessed on Thursday, December 7, Sr Helen said: “It is an honour and a privilege for me to launch this remembrance area. When Denis Casey, the End-of-Life Care Co-ordinator in the hospital, approached me to do this, he would have been unaware that before the age of eight, I lost three brothers. Martin was a cot death at three months and James and John died at birth. They were twins.”

“Being here this evening is very special for me. We know that the grieving process is a difficult and lonely journey for children and their parents. This remembrance area will be a place where families can remember and reflect on their child,” Sr Helen said.

Colette Cowan, CEO, UL Hospitals Group said: “Illness in and the passing of children is one of the most difficult things we have to confront as healthcare professionals. Across UL Hospitals Group, we have active and committed End-of-Life Care Committees who are dedicated to helping families through grief, improving infrastructure so families are given bad news in the appropriate setting and through remembrance services and other initiatives such as this making sure that the experiences of our patients and their loved ones are recognised, validated, documented and remembered.”

Ms Cowan pointed out that the area or the book of remembrance were not solely for children who had passed away in hospital.

“It is open to anybody to contact the pastoral care team to preserve their memories. There is no time limit,” she said.

Benches were sponsored by Theresa Noonan; a slate plaque was sponsored by Kane Laser and the work of Lynda Redmond and Carol Gorey, of Fairy Footprints, in supporting paediatric end-of-life care in UHL was also acknowledged.