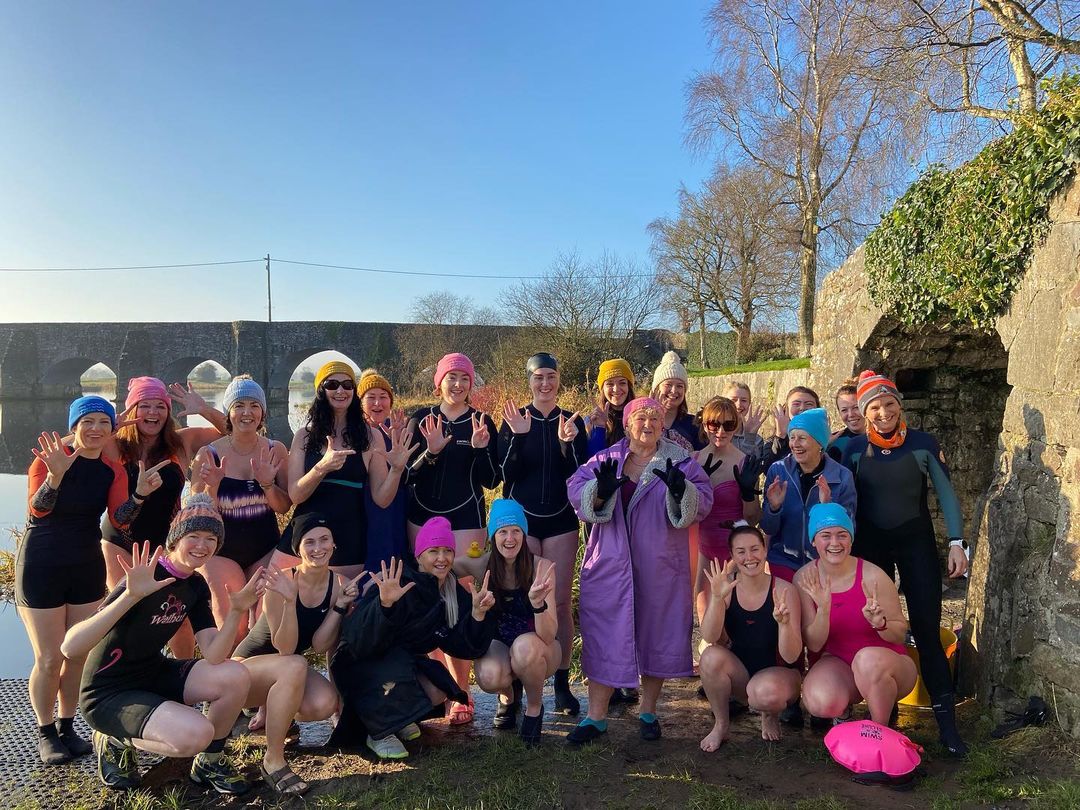 The Chilly Dippers, a group of cold water dippers from Limerick and Clare, are raising much-needed funds for Limerick Suicide Watch by participating in the ‘12 Dips of Christmas.’

As part of the Chilly Dippers 12 Dips of Christmas, they will be taking a dip every day from Monday, December 13 until Christmas Eve and are asking people to show their support by donating to their cause.

They are also asking people to join the Chilly Dippers 12 Dips of Christmas. Their schedule is available on their Instagram, and they hope to see people join them for their final dip at 10am on Friday, December 24 in O’Briensbridge, where there will be music and treats to keep the dippers entertained!

The Chilly Dippers were formed in April this year when friends Rachel Walsh and Caitriona O’ Donoghue were searching for social swim groups in the Limerick area and after searching, decided to form one themselves.

Co-founder of The Chilly Dippers Rachel Walsh said, “We heard about the health benefits of cold-water swimming but most of the groups we found were over an hour away on the coast. With the beautiful river Shannon on our doorstep, we saw an opportunity to form a social swim group locally.”

The Chilly Dippers has over 50 members who swim twice a week in O’Briensbridge in Co. Clare.

Co-founder Catriona O’ Donoghue said, “The group has grown so much in the last few months. It really shows that there is a huge demand for this type of outdoor social activity. We call ourselves ‘dippers’ instead of ‘swimmers’ as we spend most of the time in the water chatting and having great craic! It’s so nice to be surrounded by like-minded people.”

Limerick Suicide Watch are a voluntary organisation that patrol the bridges in Limerick City providing support to those in distress or who may be contemplating suicide.

They are a group of volunteers that depend solely on donations from the public as they get no government funding.

The money raised will help fund training, purchase safety equipment and go towards the day to day operation of the group.

A post shared by The Chilly Dippers ???‍♀️ (@the_chilly_dippers)