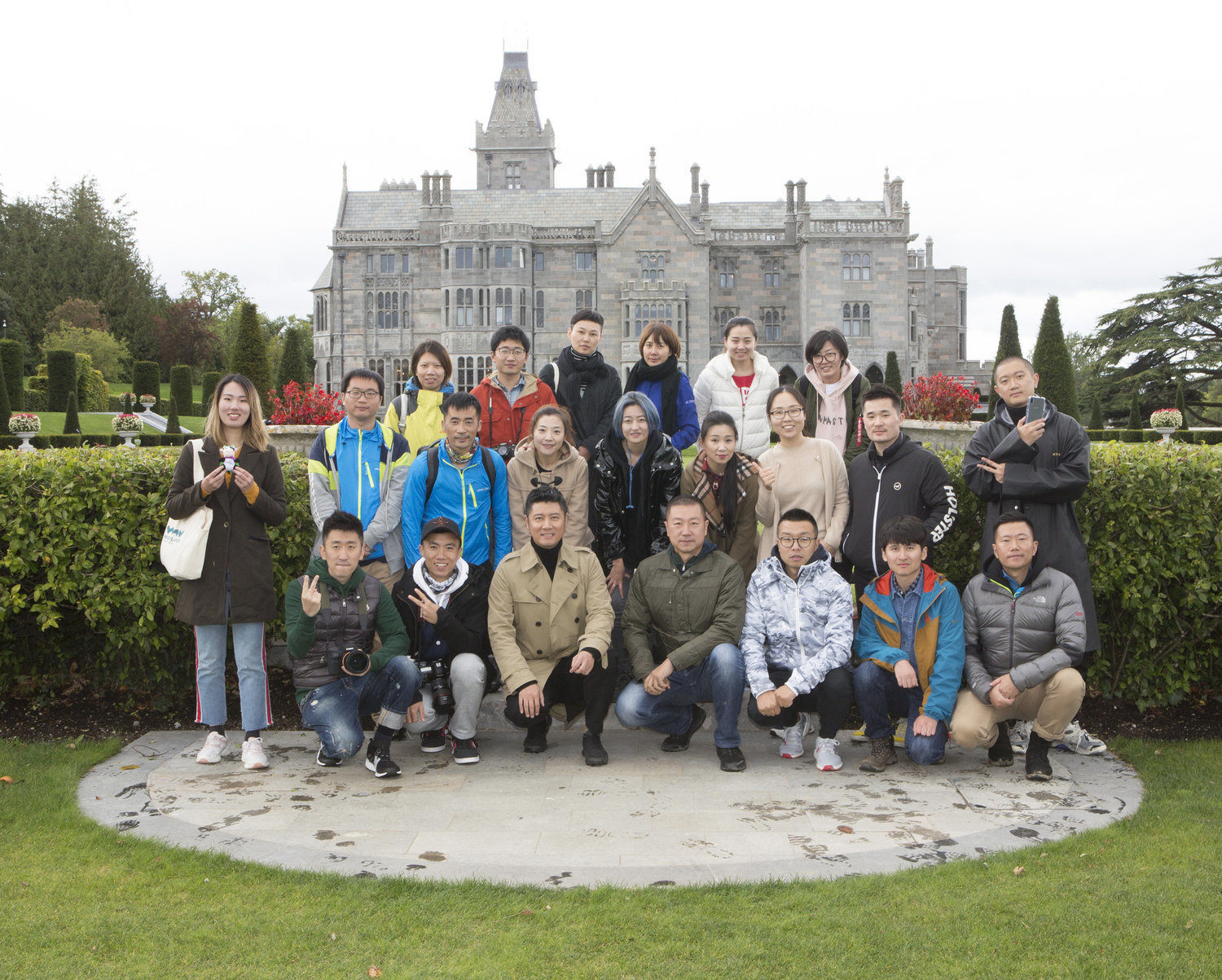 A Chinese TV star called Ren Zhong has been visiting Adare over the weekend. His visit is part of a new Tourism Ireland campaign in China – in partnership with vivo (one of the biggest mobile phone brands in China) and National Geographic (China edition) magazine.

Timed to coincide with the launch of a new vivo mobile phone, Ren Zhong and his crew are capturing footage along the Wild Atlantic Way – using the new phone to create a video all about Ireland. The resulting film, called ‘Be Wild’, will go live in early November and will reach at least 30 million Chinese on social media and on one of China’s most influential video platforms, Youku (similar to YouTube). Mr Zhong’s itinerary was designed by Fáilte Ireland and includes Adare, the Rock of Cashel and Dublin.

Mr Zhong’s visit is part of the fifth annual “Images in Cities” campaign, run by vivo and National Geographic, which involves bringing 16 photographers and videographers to a different destination each year. So, a separate group of Chinese journalists and National Geographic photographers is visiting other locations around Ireland. They’re also using the new vivo phone to capture images and videos here and will then share their content with their 800 million followers on social media.

James Kenny, Tourism Ireland’s Manager China, said: “We’re really excited about our partnership with vivo and National Geographic – which will bring wonderful photos and footage of Adare and Ireland to an estimated 800 million people around China.

“Last year, we welcomed an estimated 90,000 Chinese visitors to the island of Ireland in 2017; Tourism Ireland aims to grow Chinese visitor numbers to 175,000 per year, by 2025. There are now two direct flights to Dublin – from Beijing with Hainan Airlines and from Hong Kong with Cathay Pacific. Given that there’s a proven direct correlation between access and growth in visitor numbers, we believe these new flights will be a major game-changer in growing visitor numbers from China.”

–       an exhibition of the best photos captured around the island of Ireland during this week’s visit, in three Chinese cities, which will be seen by an estimated 15,000 people;

–       microblogging during and after the visit to Ireland – by Ren Zhong, vivo and National Geographic – which will deliver around 80 million impressions; and

–       extensive social media activity – with stories and images of Ireland being shared on the WeChat accounts of both vivo and National Geographic, reaching around 100,000 people.

The two visiting Chinese groups flew to Dublin courtesy of Hainan Airlines, on the new direct flight from Beijing, which was launched this summer.

For more information on the Wild Atlantic Way, go here

For more stories on the Wild Atlantic Way, go here

Related Topics:adareChinese tourism
Up Next

Climb to Paradise with the Clionas Foundation Walking Challenge