Home / comedy / Join Limerick’s very own improv group, ‘Choke Comedy’ at The Commercial, November 8 for a sneak preview of their ‘Through the Magic Door!’ show

Join Limerick’s very own improv group, ‘Choke Comedy’ at The Commercial, November 8 for a sneak preview of their ‘Through the Magic Door!’ show

By Richard Lynch on November 13, 2019@richanthon 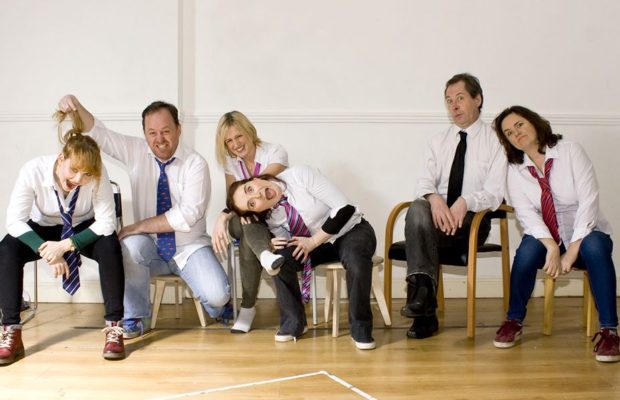 Join Limerick’s very own improv group, ‘Choke Comedy’ at The Commercial, November 8 for a sneak preview of their ‘Through the Magic Door!’ show.

Choke Comedy Improv are hosting a preview of their upcoming show ‘Through the Magic Door’ at The Commercial, Limerick, Monday, November 18 and is set to be a part of Dublin’s International Improv Festival 2019.

This year Choke Comedy will be going on 12 years of making Limerick laugh and are returning with a brand-new show that takes you through magical doors to who knows where? The only way to find out is to come along to what is guaranteed to be a night of magical & hysterical improvisation.

The group consists of members from all different backgrounds including infamous Limerick actor, Myles Breen and brings them all together to create hilariously funny spur of the moment shows. 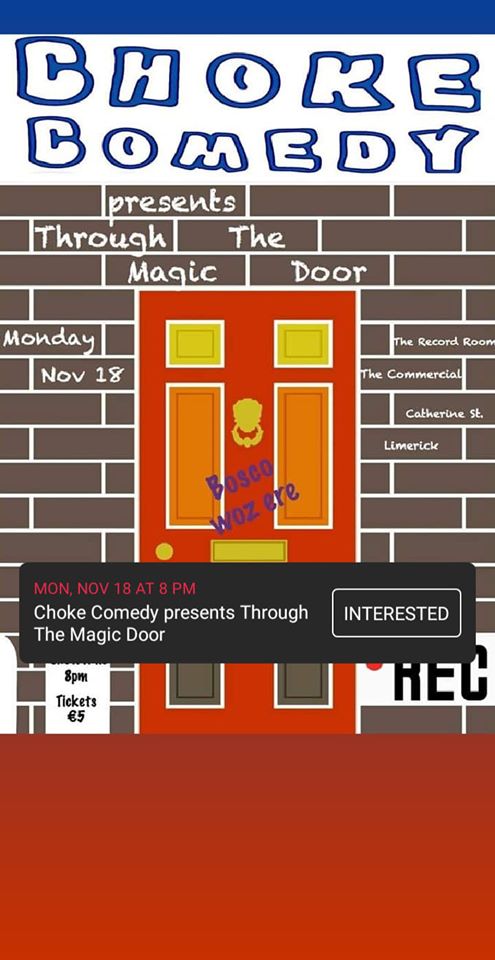 ‘Through the Magic Door’ is sure to have everyone laughing as they are transported to multiple different universes and galaxies.

Given the fact each show so heavily depends on the audience’s suggestions, no show can be scripted or rehearsed- every scene is made up as they go along! From improvised scenes to quick-fired jokes to made-up songs- there’s sure to be something to get everyone laughing!

And this show is sure to be no different! Come ‘Through the Magic Door’ with Choke Comedy this Monday, November 18 and you could find yourself in a strange land where things don’t make sense, nothing is as it should be, and nothing is rehearsed!

You the audience get to decide the fate of the players as they explore different countries, galaxies and even universes.

“If you saw Bosco in the ‘80s you know what we are talking about!” jokes Choke Comedy member, Tracy Aspel.

‘Through the Magic Door’ is due to begin at 8 pm, Monday, November 18 at the new venue of The Commercial Bar, located on 46-47 Catherine Street with admission being €5.