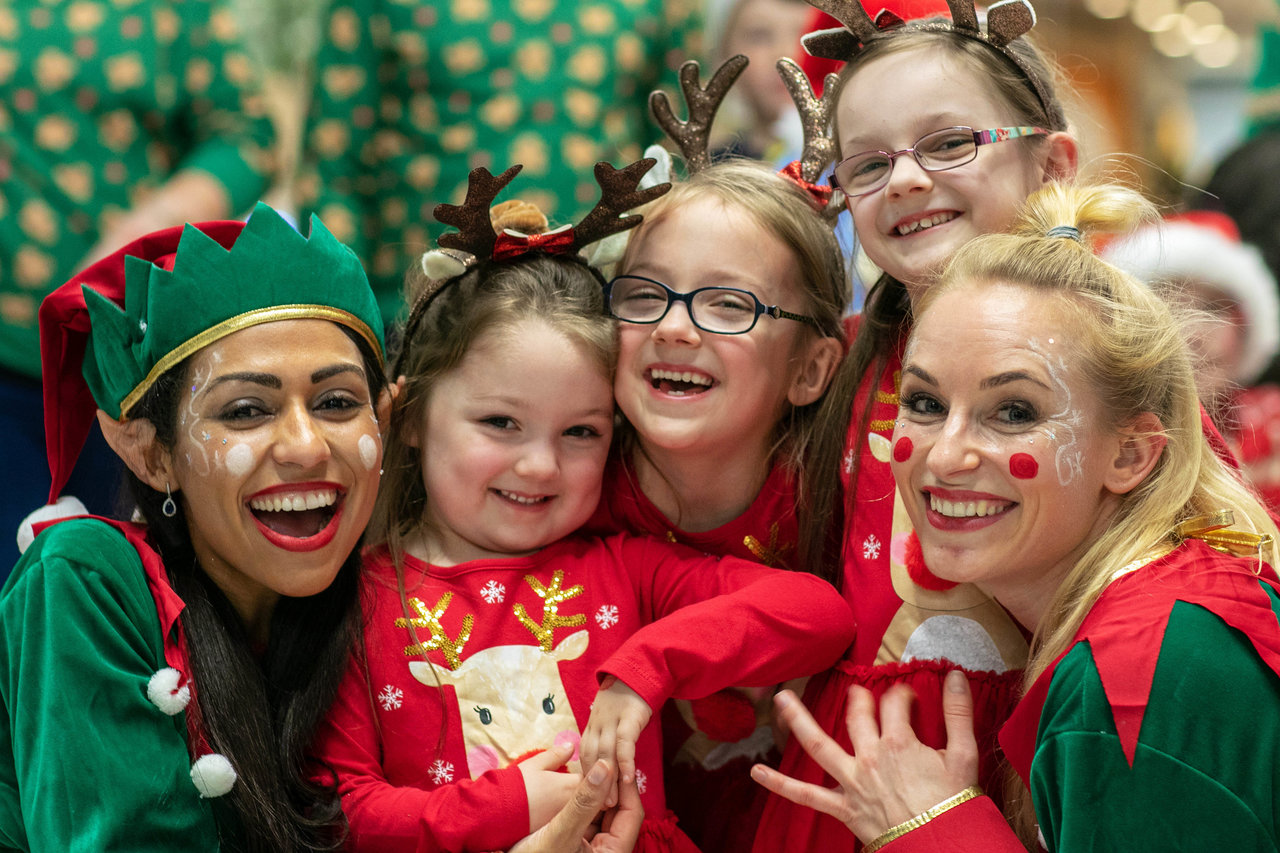 Christmas came early in Shannon Airport for 2000 lucky children and their families who took to the skies with Santa Claus. Pictured at the recent Santa flights at Shannon Airport on the first weekend in December are Santas Elves Joanne and Nina with sisters Ellouise (8), Isabel (7) and Olivia Faulkner (4), Newbridge Co Kildare. Picture: Arthur Ellis.

It’s going to be a happy Christmas at Shannon Airport with the gateway to the western half of the island set to see a 5% in passenger numbers across the festive season period.

Some 72,700 passengers will come through Shannon Airport, which is owned and operated by Shannon Group, across the Christmas period – from this weekend through to the New Year. The increase is in line with overall gains across 2018 at Shannon – the best year for Shannon since it was separated from the State airport’s group in 2013.

Independence was preceded by five successive years of heavy losses but since then the airport has recorded year on year gains, with 2018 set to have been its busiest year since 2010.

The news on Christmas passenger numbers is the latest positive outcome for Shannon in what has been an encouraging year for the airport, despite a challenging operating environment.  A range of new services have been introduced and announced over the past year across transatlantic, UK and European markets, the most recent of which was last month’s announcement of a new twice-weekly East Midlands service for next year’s summer season.

Commenting on expected passenger numbers Andrew Murphy, Shannon Airport Managing Director:  “This will be one of our busiest Christmas periods since Shannon Airport achieved independence on 31st December 2012. Since then we have enjoyed consecutive years of passenger growth.

“Shannon Airport is a magical place at Christmas time with many wonderful, emotional family reunions and there’s probably no better place to experience the real spirit of the season. Our Santa flights on the first weekend in December were a lovely way to get people into the Christmas spirit and raise funds for our chosen staff charities.

“Christmas is a really wonderful time here at Shannon and we look forward to making it easy for our passengers as they visit the airport at this special time. We would like to wish all of our loyal customers a very merry Christmas and a happy New Year.”

Said Matthew Thomas, CEO, Shannon Group said:  “We’re on a bit of high, between the buzz of Christmas, our increased passenger numbers, our recent award wins and the fact that things are generally on the up across the region. It’s going to be a good Christmas and we look forward to welcoming the 72,000-plus passengers who will be travelling through our airport over the festive season.”