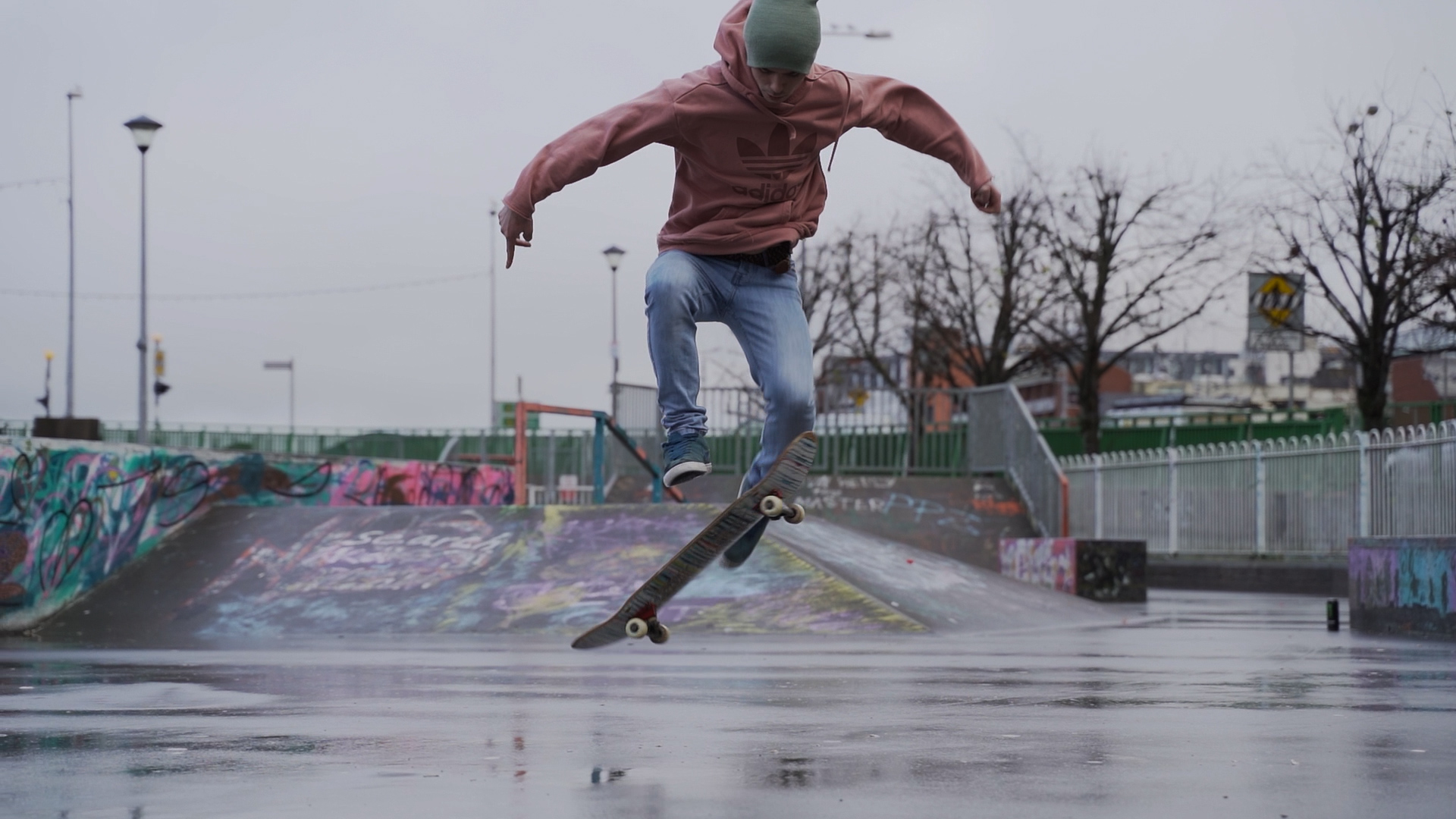 Christopher Fitzgerald made a beautiful, sensitive and moving film about his classmate and friend, Brian Clancy pictured above

President of LIT Professor Vincent Cunnane has congratulated Limerick School of Art and Design LIT student Christopher Fitzgerald, who was announced as the winner of the First Frame Best Documentary award at the Virgin Media Dublin International Film Festival 2021. The second-year student’s documentary That Split Second was one of five from LIT’s Department of Digital Arts and Media which were shortlisted for the First Frame awards.

This film, directed and produced by the LIT Creative Broadcast and Film Production student, began life as a project for his Screen Lighting and Cinematography Module. It tells the deeply personal story of fellow classmate Brian Clancy as he dealt with grief.

Describing his award-winning work, Christopher said, “That Split Second is a documentary about a life-long skateboarder, Brian, and how he has depended on his love for skating to carry him through the toughest parts of his life. It informs on the challenges faced, and the lessons learned through skateboarding.”

Congratulating Christopher, who comes from Nenagh in Co Tipperary, Professor Cunnane said, “We are immensely proud of Christopher, who has shown great resilience, creativity and determination to produce this award-winning documentary. I would like to congratulate him for his achievement, and indeed Brian for allowing a trusted fellow student to share his very personal story.

“I would also like to acknowledge the staff who have supported the students as they continue to learn and create work to such a high standard.”

“I am absolutely delighted for student and director, Christopher Fitzgerald on his achievement and the recognition he received from the judges of the First Frame award.

“Not only has Christopher made a beautiful, sensitive and moving film about his classmate and friend, Brian Clancy, but he has also shown that creativity and storytelling persist despite the challenges of the past year.”

“It has been an honour for me as one of his lecturers to nurture and support Christopher and his fellow students through this difficult period, and this achievement is most certainly a highlight to what has been a most challenging year,” she said.

Programme Leader Creative Broadcast & Film Production, Nora Ni Fhlatharta added, “The measure of a filmmakers success is not in the awards received but in the creative and personal growth achieved. Receiving this award only adds to the celebration of the beautiful work created by the film students of LSAD. Congratulations Chris and Brian, I believe this is the first of many awards coming down the line for both of you.”