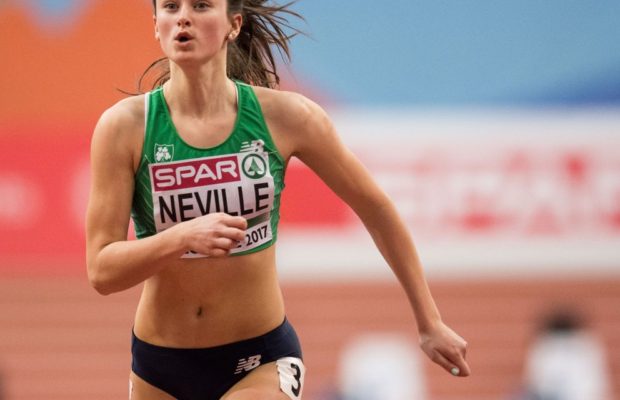 Athlete Ciara Neville, from Limerick, has performed remarkably at the women’s sprint relay final at the World U20 Championships in Tampere, Finland on Saturday, July 14 where her team won a silver medal at the competition.

Athlete Ciara Neville, from Limerick, has performed remarkably at the women’s sprint relay final at the World U20 Championships in Tampere, Finland on Saturday, July 14 where her team won a silver medal at the competition.

The quartet of Ciara Neville, Molly Scott, Gina Akpe-Moses,  and Patience Jumbo-Gula running an Irish junior record of 43.90 seconds to claim the second place which was just 8 seconds behind the champion, Germany with the record of 43.82. The bronze medal went to Great Britain in the record of 44.05.

43.90 and a National u20 record pic.twitter.com/DooGOtaTHJ

Eighteen-year-old athlete Ciara Neville, from Monaleen, is running with Emerald Club in Limerick. She has just completed her Leaving Cert in June and she has obtained great results in a record of 11.54 in the semi-finals earlier in the week.

Ciara Neville on her second fastest ever 100m in 11.54 and qualification for the World u20 semi-finals #IAAFworlds pic.twitter.com/4DHeEsKCBg

Mayor of the city and county of Limerick, Cllr James Collins congratulated and praised Ciara Neville and team-mates on their achievement in Finland.

Mayor James Collins said“I would like to particularly congratulate Ciara and her team-mates Molly Scott, Gina Akpe Moses and Patience Jumbo Gula who ran a magnificent race to claim a silver medal for Ireland. It takes a huge amount of commitment and hard work to even get to compete at this level, not alone come away with a silver medal which is tremendous.”

It was the third time that Ireland achieved the honour at the World U20 Championship in the 32-year history of the competition.

“This is only the third time that Ireland has achieved a medal in the competition’s history. I know that the people of Limerick are immensely proud of Ciara who’s had an incredibly busy year as she also had to study and complete her Leaving Certificate this Summer at Castletroy College,” said Mayor Collins.

“I look forward to meeting Ciara and honouring her achievements at a later stage when she returns to Limerick from Finland. To all the team I say well done girls, you’ve done your country proud and you’ll return as world silver medalists, what a sensational achievement,” he added.

For more information on the World U20 Championships, go here