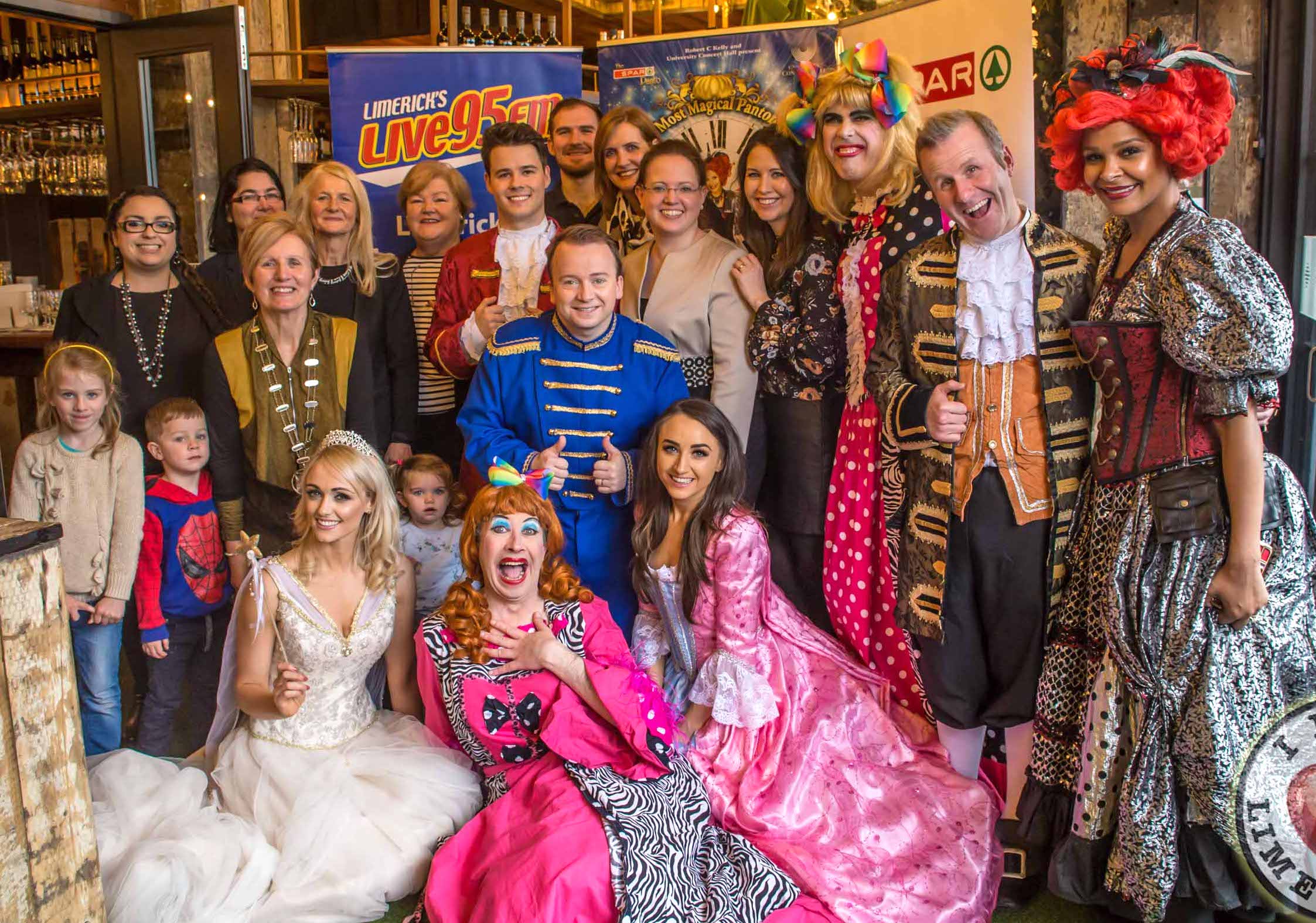 The Cast and Crew of the SPAR Panto Cinderella at UCH which commences on December 18 and the Cinderella Sensory Friendly Performance will take place on January 5. Picture: Cian Reinhardt/ilovelimerick.

Magic, romance, a feisty heroine, a handsome prince, dubious sisters that could do with a beauty blogger boot camp, chart hits and hilarity will all combine in Cinderella to produce the most wondrous panto ever seen!

The Robert C Kelly and University Concert Hall Panto is now in its sixth year and has grown to become one of the most renowned in the country, with a host of Irish showbiz names starring since 2012.

Samantha Mumba, who shot to fame in 2000 with the release of her debut single and most recently seen on Celebrity Masterchef, joins the UCH Panto cast for the first time this year.

Samantha Mumba’s debut single Gotta Tell You went straight to the top of the Irish, UK and US charts in 2000. An international star, she went on to sell almost 5 million copies of hits during her successful singing career. Samantha also worked with Steven Spielberg, Vinnie Jones, Roger Daltrey and Patrick Bergin during her time as an actress.

A recent viewer-favourite on Celebrity Masterchef, Samantha is now preparing to be “booed” off the stage as she takes on the role of Cinderella’s evil Stepmother in this year’s University Concert Hall panto!

Joining Samantha for his SPAR Panto debut at University Concert Hall will be Dayl Cronin, Dancing With The Stars semi-finalist and former member of Irish boyband Hometown, who will star as Cinderella’s love interest, Prince Charming.

Cinderella will also star Richie Hayes as Buttons, Leanne Moore as the Fairy Godmother, comedian Tom O’Mahony as Dandini and Myles Breen and Richard Lynch as the hilarious (and hideous!) Ugly Sisters. Making her UCH Panto debut in a starring role will be Hayley-Jo Murphy as Cinderella!

For the fourth year running University Concert Hall is delighted to present a Sensory Friendly performance on Friday, January 5 at 2 pm. This show will be a little brighter and a little quieter, without any sudden, loud noises. There will also be plenty of room for audiences to move around and get comfortable.

Once again, our Sensory show will also have an ISL (Irish Sign Language) Interpreter present on stage, which means that the show will be visually accessible for the Deaf community and their families that use ISL as their preferred language.

To find out more about the Spar Panto Cinderella click here

To buy tickets to the Spar Panto Cinderella click here